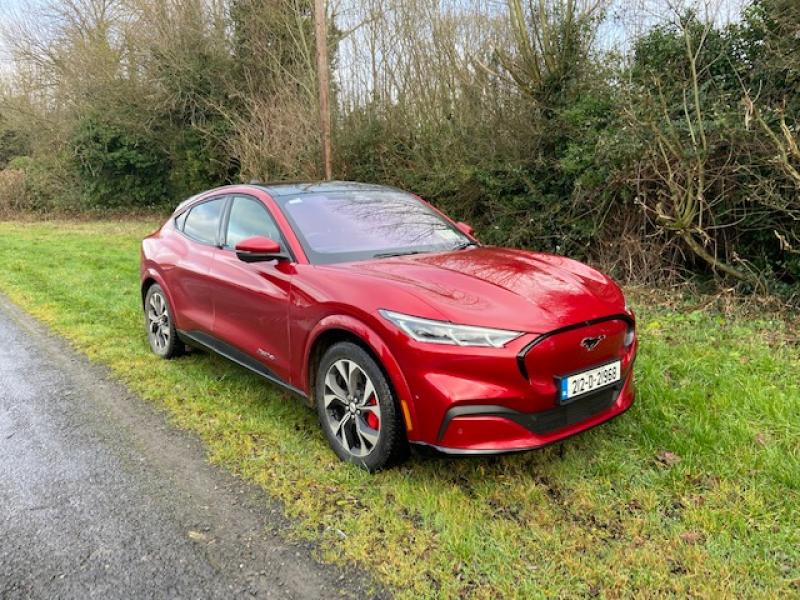 One may wonder then why they choose to use the iconic Mustang name to launch their first SUV electric vehicle as its no muscle car for obvious reasons.

That all said the new Mustang Mach-E is an all new EV from the Ford stable that has been designed from the start as an EV rather than a combustion engined car converted to be an EV.

I had the opportunity to rack up some time behind the wheel of the new Mach-E during the Irish press launch of the car recently.

There are five models in the range, with battery capacities from 70kWh to91kWh and Standard and Extended range versions.

It's quite a sizeable SUV with sweeping lines, broad wheels arches and a sloping roofing to the rear. The rear doors have no visible door handles and the front doors are similar, so it really is quite. Striking in appearance. I like it! 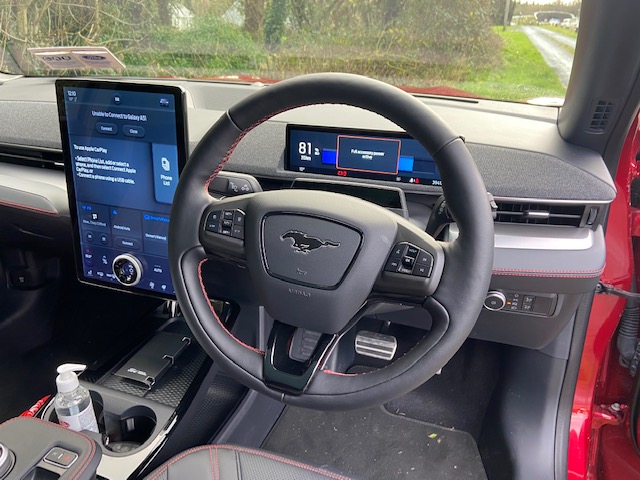 The most dramatic feature is a simply huge (15.5 inch) portrait screen (using Ford’s SYNC 4A)  in the centre of the car which operates all the usual functions via this gigantic touchscreen.  I’m not a fan of these as frankly they are distracting where a simple button would suffice. Now you have scroll through menus to get to what you want, surely not progress and certainly not adding to road safety. Touchscreen menus are as distracting as texting on mobile phone and hats illegal and rightly so!

Nevertheless as touchscreens go the functionality of that in the Mustang Mach-is quite good and intuitive to use. I'm less keen on the bland rectangular screen in front of the driver with gives the usual digital info such as speed and so on.

He it and finish feels fine another is loads of room both from and rear.

A front trunk actually!  The model range includes rear wheel drive and all wheel drive.  I drove the AWD.  The STANDARD range car is quoted at 440 km while the EXTENDED is quoted at 610km. Obviously I cannot conform this until a full road test but we shall see. I rarely find EV’s love up to their quoted range. 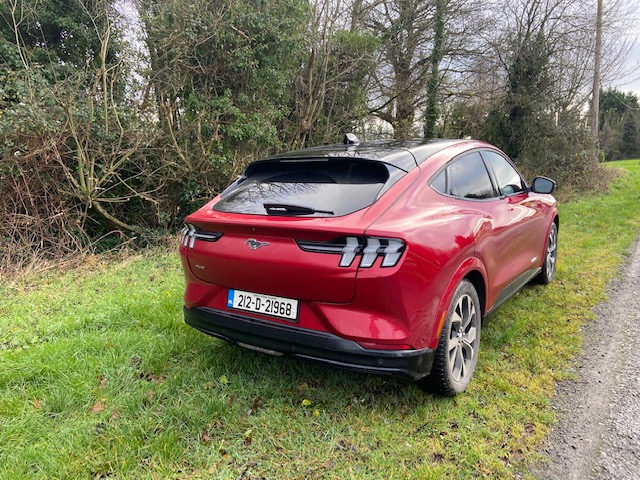 How does it drive?

Very well actually!  It performs with the usual gusto we have come to expect from EV’s, for example taking about 6 seconds to get to 100km from standstill. More impressive for me however was the ride and comfort which despite its huge weight was very good indeed. It handles well too. It really shows hate Mustang Mach-E was designed from scratch as an EV.

My short drive at the press launch day gave me very favourable impressions of the new Mach-E but until I really spend time with it, see what its real range is and see how well it charges I cannot yet give you a full verdict. Suffice o say first impressions are generally very good. 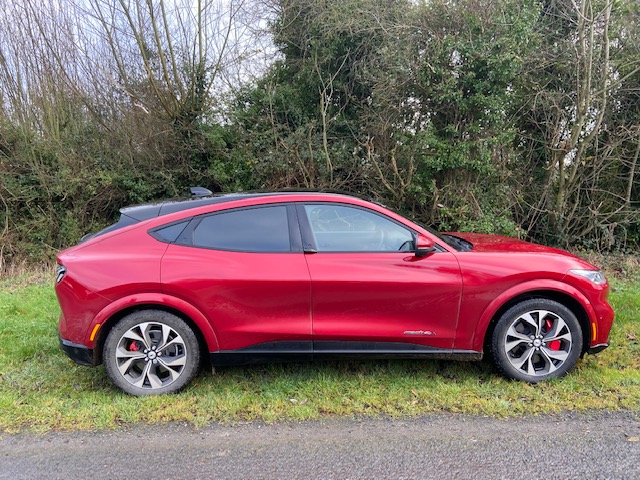