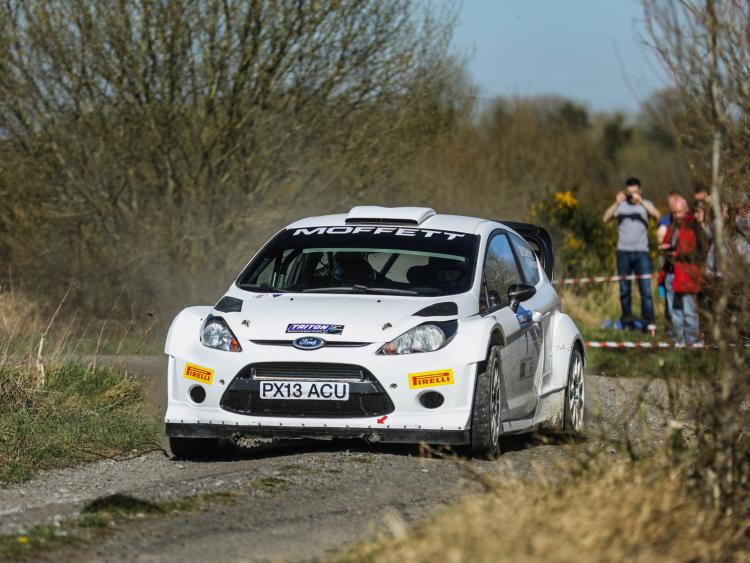 Monaghan's Sam Moffett was again out on his own in Sunday's second round of the Triton Showers National Rally Championship, with his Fiesta WRC leading the Midland MC's Longford Arms Hotel event based on Longford town from start to finish to take a comfortable victory, more than a minute ahead of his closest challengers.

Moffett and his co-driver Karl Atkinson set a fast early pace, opening out a 33 second lead on the first loop of three stages, before easing off slightly for the rest of the day. Double National champion Declan Boyle held second position at that point, but his rally came to an end with his Fiesta damaged too badly to continue when he hit a chicane on the seventh of nine stages.

This promoted defending National title holders Roy White and James O'Brien to runner up place at the finish, with the Impreza of Donegal pair Manus Kelly/Gareth Doherty in third spot. Adrian Hetherington's Escort won the two wheel drive category in fifth place overall, with Junior title holder Gary McNamee getting in among the more powerful cars, taking a very creditable
seventh place in his Civic.