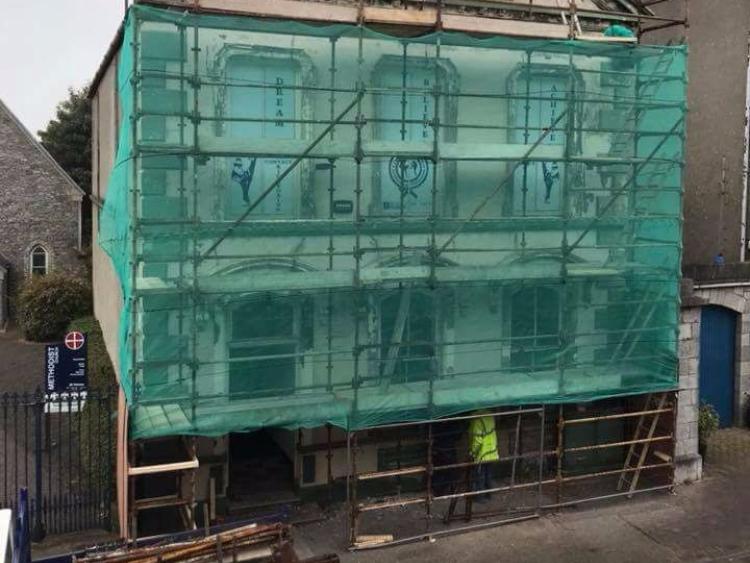 Thanks to Doug Mortimer for sending us this picture of Mountmellick Town Hall.

The Town Hall in Mountmellick is a protected structure that is currently undergoing renovations.

Scaffolding was erected on the historic building this week and work will be ongoing for another two to three weeks.

Parish priest Fr. Michael Murphy said that the building is in need of repair.

"The renovation work is repairing some of the cement brackets and the outside of the building. It is a protected structure that was built around 1863 and it is in need of repair.

"There was a small bit of work done inside but it is mainly the renovation and restoration of the front of the building. Because it is a protected structure it has to be done properly and under the conservation architect," Fr. Murphy said. 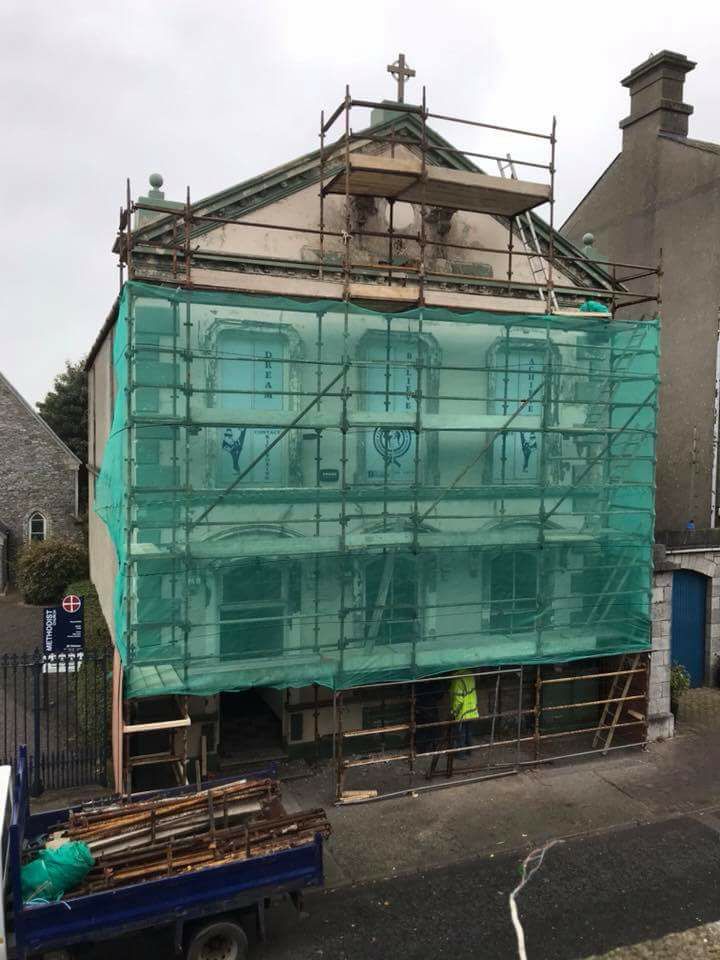 The work is being carried out by local company Garoon Construction, with funding received under the Built Heritage Investment Scheme to the tune of €8,300.

This funding comes through the Local Authority from the Department of Arts, Culture, Heritage and Gaeltacht.

A total of 13 Heritage sites around Laois received funding through this scheme this year.

Mountmellick Tidy Towns group were praised for having such a strong Heritage Trail in the town in this year's Tidy Towns report.

Read more: A landmark building in Portlaoise is also undergoing renovation at the moment.

Picture sent to the Leinster Express by Doug Mortimer.

Neighbour Nina Horan who spearheaded an online competition to win Dulux paint for the building in 2015, is delighted that conservation work has begun.

"Finally! Let's hope all relevant heritage advice is taken on board now and this gem is restored to its intended glory. A clock would be great too," she said.

"Hopefully they won't paint it again. It more than likely wasn't the intention of the architect. The paint we won can be used inside," Ms Horan said.

With thanks to Ms Horan for an image of an original drawing of the building, below: 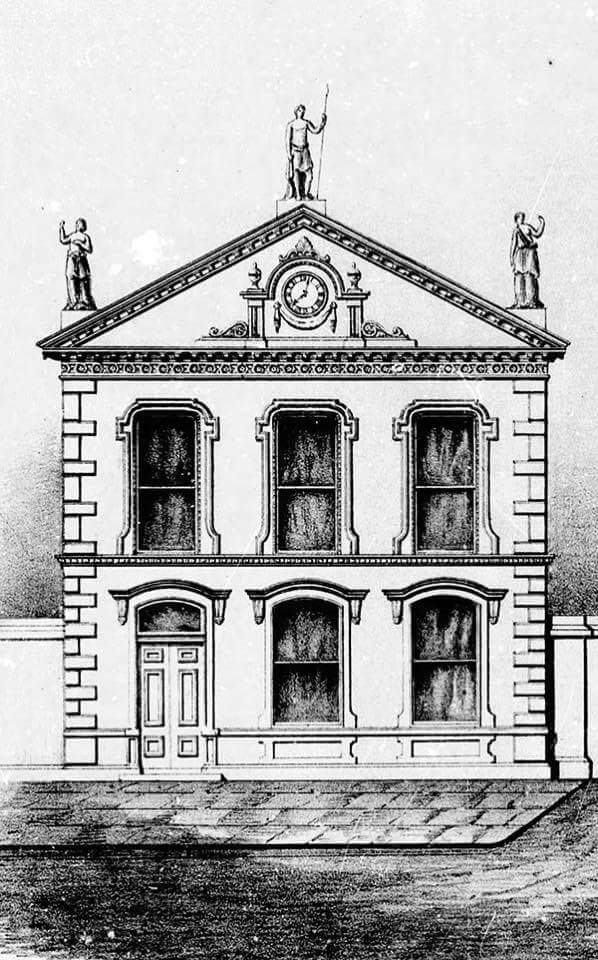