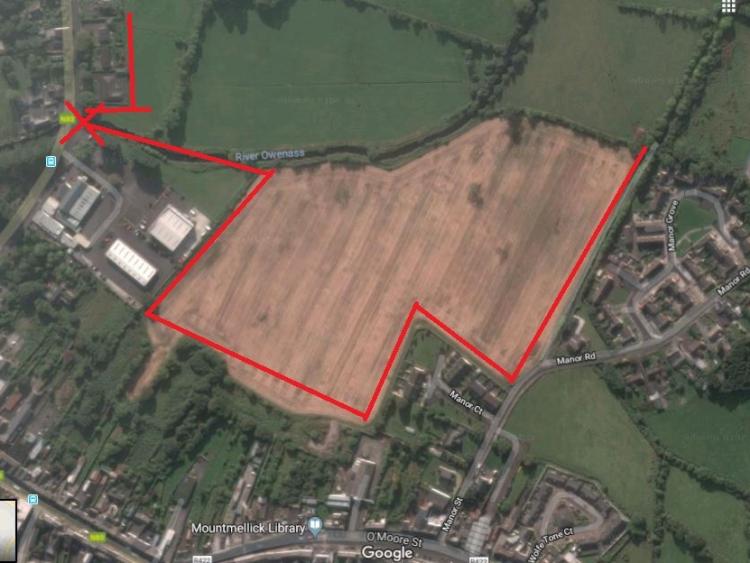 A wall which could protect Mountmellick from further flooding is understood to be in the €2 to €3 million flood defence plans for the town.

The protective wall would keep flood water out of the business park in Irishtown, away from the main street and houses at Manor road to protect the town from the type of flooding that happened in November.

The wall is planned to run from the bridge over the Owenass River at the N80 in Irishtown all around the outskirts of the business park.

The wall would continue to run along the inside of the ditch that currently separates a large field from the buildings in the centre of the town.

The flood wall is planned to continue around the back of houses on Manor road, making the large field between the business park and Manor Road the main flood plain.

It is understood a flood wall would also run along the back of houses in Irishtown to protect the homes. 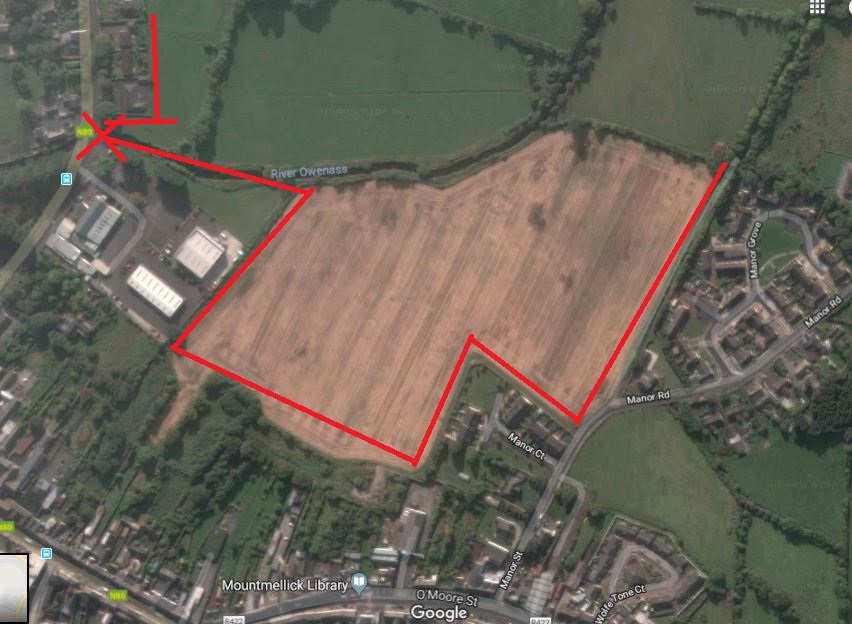 The map above was created by the Leinster Express to show the planned flood defences. This is not an official document but a visual representation of the description outlined in this article.

The red X is where the defence wall is planned to begin at the bridge over the Owenass River at the N80 in Irishtown.

The red line shows where the wall is planned to go all around the business park, along the outskirts of the field out towards Manor Road.

Chairperson of Mountmellick Development Association, Paddy Buggy, told the Leinster Express that the MDA is pleased with the plan.

It is understood the construction of the wall could take between two and three years.

A local office is being set up for engineers, before they can go ahead with the flood wall it is understood they will test two areas of Mountmellick that do not regularly flood but did flood in November.

It is understood that Davitt Road is one of these areas.

When tests are carried out to establish why these two areas flooded it is understood that works on the planned wall will then be carried out.

CEO of Laois County Council, John Mulholland, told the Leinster Express that flood defences may cost between €2 to €3 million in Mountmellick.

“They will consist of embankments and flood defence walls, along the river and to defend parts of the towns,” he said.