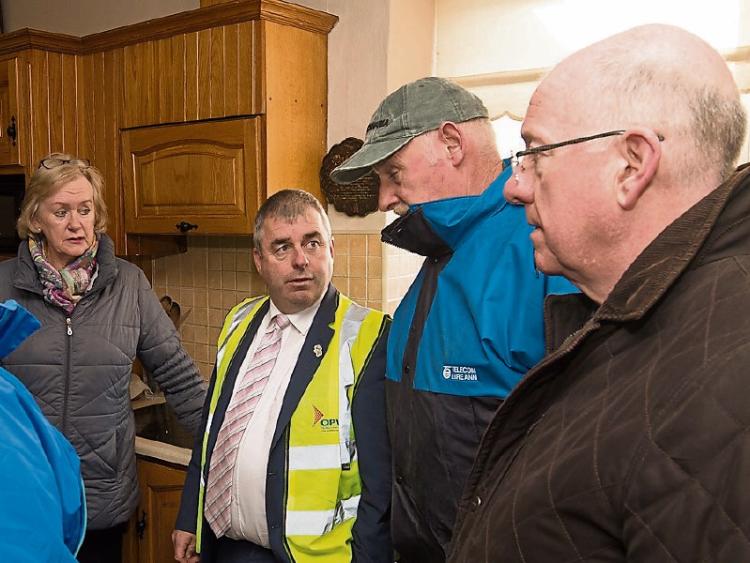 What is planned for Mountmellick's flood defence so far?

Flood defences in Mountmellick are estimated to cost €3.1 million which has been allocated by the Minister of State for the OPW and Flood Relief, Kevin ‘Boxer’ Moran.

While no official plan has been announced yet, it is understood that a scheme is being designed which will take into consideration both CFRAM’s Flood Risk Management Plan and new analysis on the November flood.

CFRAM is Catchment Flood Risk Assessment and Management. This was a nationwide review carried out to highlight flood risk areas all across the country. It began in 2011 and it highlighted Mountmellick as an at risk area for flooding.

The CFRAM programme which operates under the Office of Public Works (OPW) then drew up a Flood Risk Management Plan for Mountmellick.

This plan includes a proposed outline flood relief scheme costing €3.1m to protect 46 properties identified to be at risk.

A spokesperson for the OPW has said that the following work is outlined for Mountmellick.

According to CEO of Laois County Council, John Mulholland, a review of the CFRAM Flood Risk Management Plan as well as data on the flooding that occured in November will be combined to create a solution that will prevent flooding in the town for years to come.