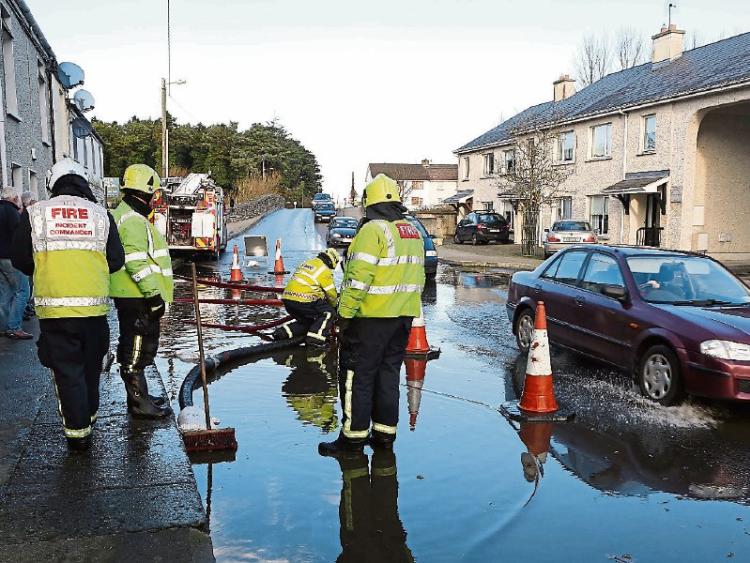 An intial €3.1 million for flood defences will be split between Mountmellick and Portarlington, Minister for Flood Relief, Kevin 'Boxer' Moran has insisted.

The Minister was speaking at the official announcement of the funding in Mountmellick on Friday, February 9.

“The Departments have come very close to developing and designing a scheme for Mountmellick and we are announcing €3.1 million in relation to Mountmellick.

“I can assure that Portarlington will be looked after in terms of CFRAM,” he said.

CEO of Laois County Council, John Mulholland previously told the Leinster Express that flood defences for Mountmellick and Portarlington will cost up to €8 million.

A spokesperson for the OPW has said that 2.4km of flood embankments and walls are in the plan for Mountmellick and 3.3km for Portarlington.
Further details of the official flood defence plan is due to be announced in the coming weeks when the plan is completed.

The detailed design will include a review of the CFRAM mapping which has been planned over the last number of years, taking into account the recorded flood depths of November 22.

Mr Mulholland said that no timeframe for the work is known yet because the flood defence design must include recent data from the November flood.

“The information we got on the ground and the data we got from the flooding on November 22 has to be incorporated into a scheme review of the design because whatever scheme is provided has to be such that it has to leave the town safe.

“There would be no point in rushing ahead with a scheme based on previous data because what we learned about November is very important,” he said.

“The funding announcement of €3.1 million is the biggest single investment in Mountmellick in decades.

“It is an investment in the town and in its people. Once the works are completed, the new structures will undoubtedly provide the people of the town with the peace of mind that their business premises and homes will beprotected,” he said.

What is the plan so far for Mountmellick flood defences?