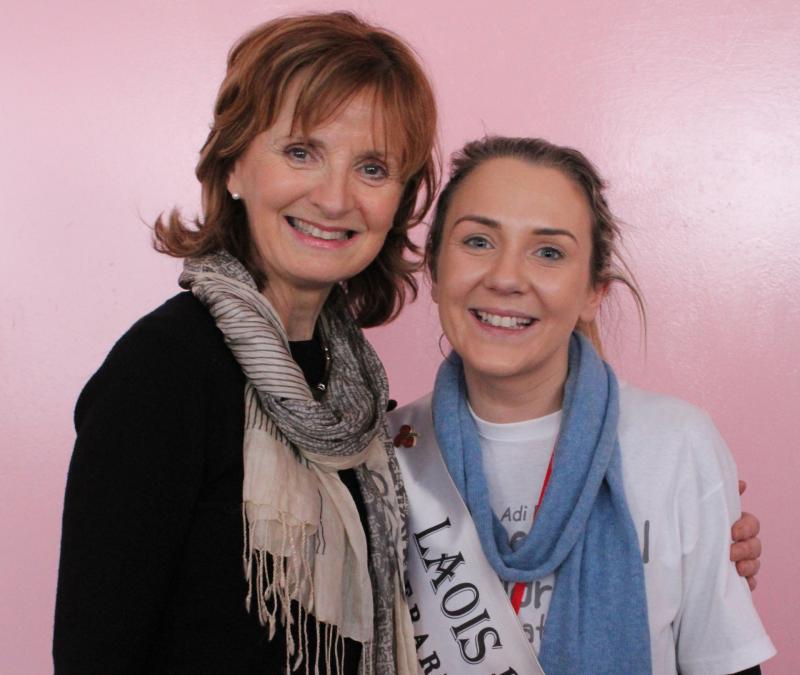 Laois Rose Maeve Dunne has just returned from an emotional volunteering trip to an Orphanage in Belarus with Adi Roches Chernobyl Children International.

Maeve from Mountmellick, an events manager in Croke Park, travelled with Rose of Tralee Jennifer Byrne from Offaly, Adi Roche and 26 fellow roses to help out at Vesnova Childrens Mental Asylum in Belarus.

There they spent a week caring for young victims who are still being born with deformities from the Chernobyl nuclear accident in 1986. See more with photos here.

Maeve told the Leinster Express how they tried to help the children.

“Our role was to care for them, to feed them in the morning, and help them dress. We just tried to give them the love and attention that they don’t get. Holding their hands, giving them hugs, taking them out in their wheelchairs for some fresh air,” she said.

It was an emotional few days for Maeve and for all the Roses. (pictured below at the institution) 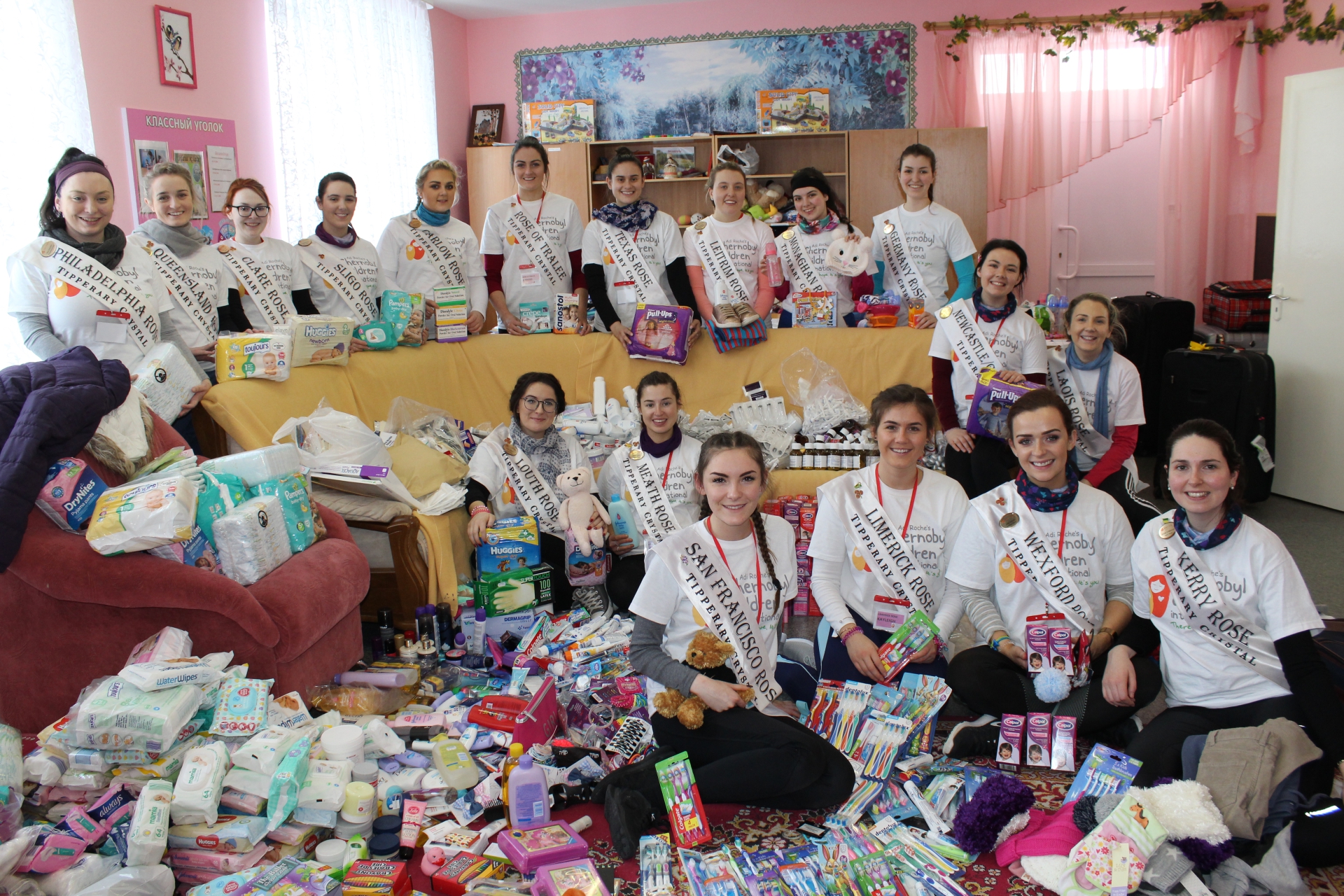 “It was very tough. The facilities are actually really nice, thanks to Adi Roche and Chernobyl Children Ireland. The children all have nice beds, and the basic necessities they need in one sense. Every block of that building, the electrical work, it is all thanks to the Irish people,” she said.

“They are transferred there from a baby home, and when they turn 18 they are sent to an adult institution,” said Maeve.

There are new efforts to transform the children's lives to independence thanks to CCI. The Roses were shown some of the projects that Adi Roche is responsible for such as "Homes of Hope" where healthier children are fostered to a loving family instead of being admitted to orphanages or other institutions.

The charity has also opened a life skills home where some children can try to prepare for independent living.

“We went with one boy aged 14. To see him for the first time open his own wardrobe and see clothes to call his own, he was so proud. It was a very emotional moment. That home is also completely funded by CCI. Adi Roche is the most amazing person I have ever met,” Maeve said.

The support of other Roses meant a lot during the harrowing trip.

“We were able to pick each other up, we all found it hard,” the Laois Rose said.

She brought lots of donations from Laois people to the orphanage.

“I was so blown away, people were so generous and good hearted. I brought about €2,500 as well as nappies, toiletries, clothes, bandages all donated,” Maeve said.

Maeve’s next Laois event is the launch of Mountmellick Drama Festival, on March 9.

“My focus was to get their name more well known, and I hope I helped to achieve that. It is great to see GROW offering a course in Mountmellick, thanks to Darren Conroy’s fundraising, I hope that people utilise the service,” she said.

The search for a new Laois Rose is underway, with the Selection Night on May 6 and applications now being taken. See more here.

Below: Maeve shares a moment with Vesnova resident Victor. 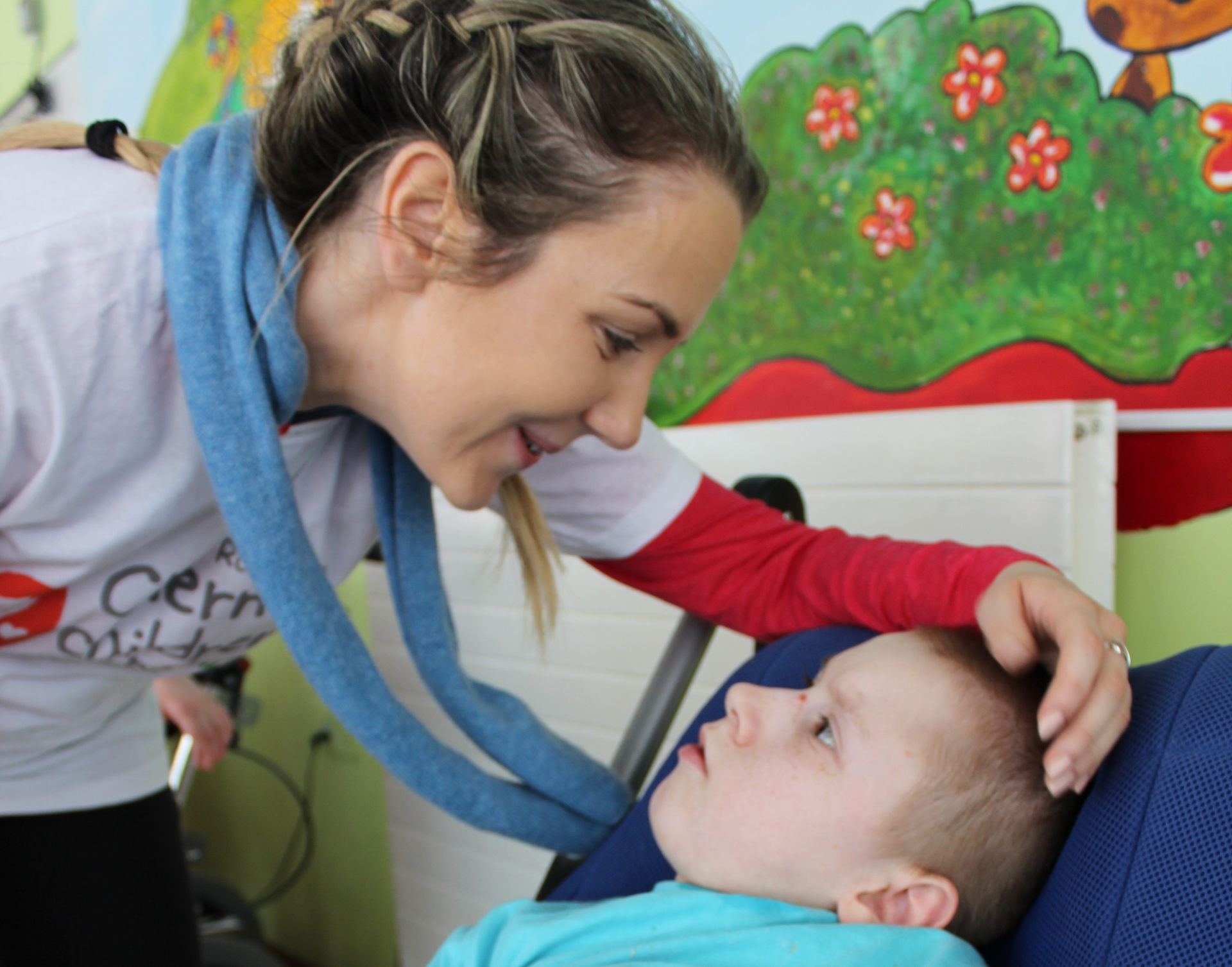