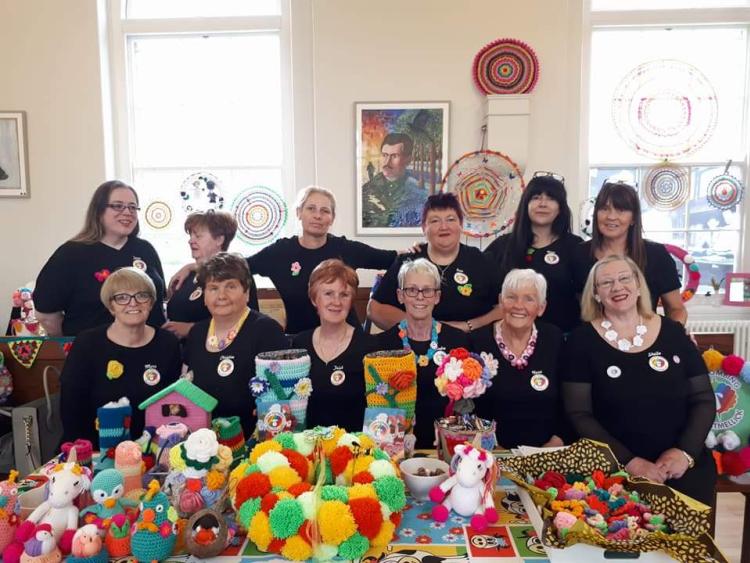 Mountmellick in Laois has been put on the map this week in colourful style, thanks to an award winning craft group.

Yarn Bombing Mountmellick, who surprise the town every year by overnight decorating of street furniture, trees, bikes and even a car with knitted and crocheted wooly artworks, have scooped two major awards at the 2018 Epic Awards.

The awards celebrate the wide range of creativity in voluntary art groups across Ireland and the UK.

Through a huge swell of local online voting for their group, Yarn Bombing Mountmellick won the People's Choice Award, and a big group of them headed up to joyfully collect their award last Thursday May 3.

They were shocked and thrilled when they were also announced as Ireland Winner.

Spokesperson Nina Horan is delighted and proud of the support from her town.

"Despite the fact that we won two prizes, being the “Peoples’ Choice” is the prize we are more proud of because it is the people for whom we do what we do.
The community of Mountmellick is open at all times to whatever makes our town better. Mountmellick is a hotbed of social entrepreneurship and an extension of that means that our community accepts whatever is benefits the town," she said.

"When we started back in 2013, we were embraced with open arms. Five years later and our community still values what we do. As a town with a rich heritage of textiles, we believe we just tapped into an innate respect for our industrial past, in a 21st century fashion," she said.

The yarn bombing group represents Mountmellick "fighting back" against recession she believes.

"We believe that our town is neglected by the powers-that-be. As we have such a diverse range of
community groups, we are often left to our own devices to sort our problems out ourselves. Although ours is an apparently frivolous initiative, there is a deep thread of emotion that runs beneath it. It’s a statement, a way of fighting back and doing our small bit to keep the town from the clutches of negligence and dereliction. It unites the community in the love we have for our native place.
It’s so much more than pompoms and bunting," Nina said.

"The Epic Awards are recognition of voluntary groups from across Ireland and The UK. The very idea of people-power, manifested voluntarily in the form of music, writing, sculptures, craft etc., keeps our faith in humanity alive. For nothing other than a love of your native place and wanting to share that with others, people just start a group with like-minded people and off they go. What’s not to love? Being recognised for that is the icing on the cake. Mountmellick abú," she said.

Josepha Madigan TD, Minister for Culture, Heritage, and the Gaeltacht, congratulated the group.

“I would like to congratulate Yarn Bombing Mountmellick on not only winning this year's award but
also being the People’s Choice Winner. It recognises the efforts of the group in supporting and developing local creativity," she said.

“I would like to congratulate this year's Irish winner ‘Yarn Bombing Mountmellick’ and the runners up ‘Irish Video Game Orchestra’. Both are very fresh and interesting projects which are bringing the arts into their communities in innovative ways. I would also like to offer congratulations to Yarn Bombing Mountmellick on winning the People’s Choice Awards. This is a clear indication that their work has captured the imagination of the public.

Yarn Bombing Mountmellick is to be commended for celebrating the town’s heritage in a new, and very striking, way, and promoting and sustaining the knowledge of traditional skills in the process," he said.

The Epic Awards are an initiative of Voluntary Arts, to recognise the skill and hard work of creative citizens and groups across Ireland the the UK, now in its 7th year.

This year it came to Ireland for the first time, as part of the Beataine Festival, for an evening hosted by playwright Peter Sheridan. 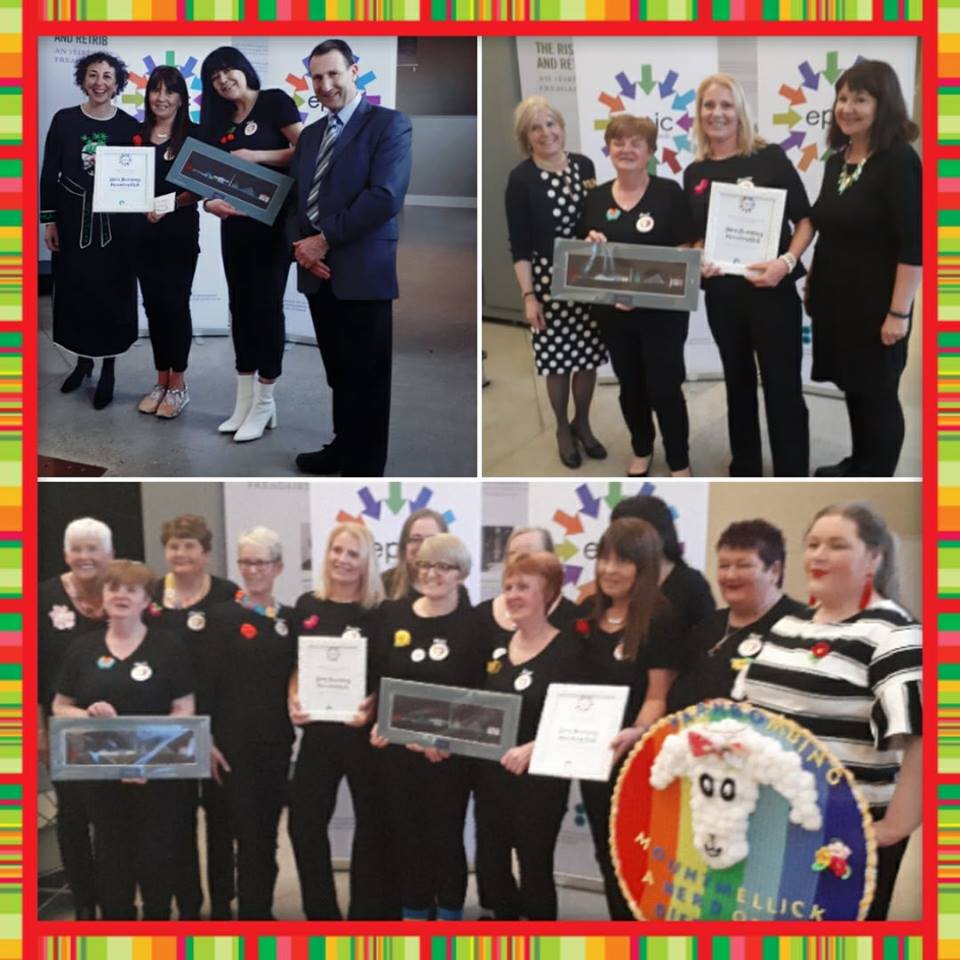