Laois parents plead for autism classrooms in their town 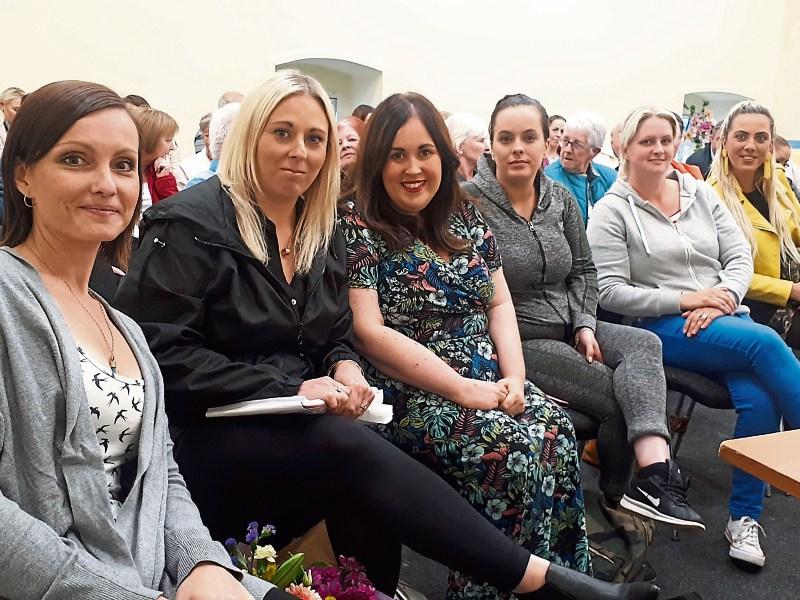 A group of parents from Mountmellick in Laois with children on the Autism spectrum, have rallied together to call for more learning supports closer to home.

The town has four primary schools, but none of them have special ASD classrooms for children on the Autism spectrum.

The parents say there is a shortage of Special Needs Assistants, and that they must send their children as young as three on long bus journeys, even to other counties, to avail of supported education.

They came to put their case to Sinn Féin leader Mary Lou McDonald when she visited the MDA on August 29.

“We all have children on the autism spectrum. We are looking for an ASD unit in a pre-school primary setting. Everyone is travelling. The closest to Mountmellick are in Timahoe, Borris-in-Ossory, Tullamore and Portarlington. Some have to go as far as Carlow and Ballinakill and Kildare,” she said.

School busses collect their children, but the round trip can take up to two hours, because of the many stops to collect children en route.

The long journey would be stressful to any young child of but with autism it is intense.

“There are minders on the busses, but because the children are tired they have more meltdowns. The rest of the day is wiped out for their families, with missed opportunities for activities. It’s also a missed opportunity to get them socially integrated into their own community, and that is hard enough for children on the spectrum. Any friends they make they won’t get to see outside school. And their brothers and sisters are in other schools,” she said.

Parent Linda Lawlor enrolled her son Conor aged 3 to the Nano Nagle preschool ASD unit in Portarlington, after he was diagnosed .

“He went from being a non-verbal child to a child full of words, much improved eye contact and is now such a sociable boy,” she said.

“I’m out the other side of it, and I can see how much the unit helped my child. There are parents here who have children in mainstream school but can’t get an SNA for them. Early intervention is key to teach them life skills and help them be part of society,” she said.

“We are asking for one unit in Mountmellick. They have to be linked to a school, so ideally one in both the boys and girls schools. I don't think there is room in The Rock NS. The Department has to agree to do it, but ultimately the schools have the last say,” Ms Lawlor said.

“If we don’t help autistic children at this age, they fall through the cracks,” she said.

The Department of Education says there are enough ASD spaces in Laois.

Replying to the Leinster Express, the Dept said that the National Council of Special Education (NCSE) is responsible for establishing special classes in areas where there is an identified need.

“The NCSE must take into account the present and future potential need, the educational needs of the children, the location and sustainability.

“Since 2011, the NCSE has increased the number of such classes by over 130% from 548 in 2011 to 1,456 across the country now, of which 1,192 are Autism Spectrum Disorder (ASD) special classes. This network includes 129 ASD early intervention classes, 742 primary ASD classes and 321 post-primary ASD classes in mainstream schools.

“The NCSE has informed the Department that they are satisfied that there are sufficient ASD special class placements to meet existing identified need and that they are currently evaluating need for establishing special classes for 2019/2020 in Laois,” a spokesperson said.