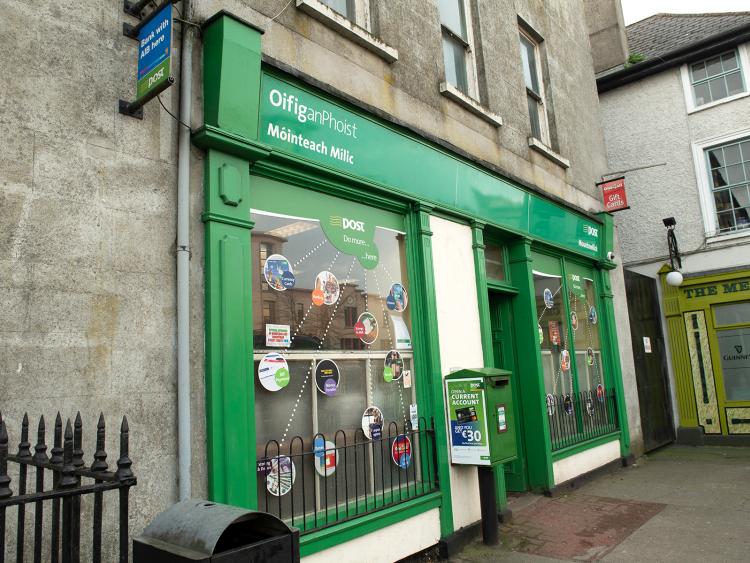 The supermarket chain which has absorbed many Post Offices into its shops, has issued a single line reply to the public concern in a Laois town over the move of its post office from the town centre.

Mountmellick Post Office is moving within weeks from its home of over 100 years in the town centre, to a unit next to SuperValu supermarket. Access will be through the shop as well as the street.

The move is opposed by Mountmellick's main street traders, by the active retired group, by the Minister for Justice Charlie Flanagan, and many local customers. A public protest was held outside the office this week. Read more here.

It is also opposed by the owner of the building and the former postmistress Eithne Burns who with others only learned of the move last Friday when the An Post confirmed it to The Leinster Express. Read more here.

SuperValu was asked if the move is still going ahead, given the public disquiet. The company gave the following response.

“SuperValu is aware of An Post’s plan to re-locate Mountmellick post office to a unit adjacent to McConville’s SuperValu Mountmellick in the Davitt Shopping Centre.”

A spokesperson for SuperValu said that their supermarkets are individually owned and managed.

The post office is to move to a modern facility at the Connolly Street shopping centre over the June Bank Holiday weekend.