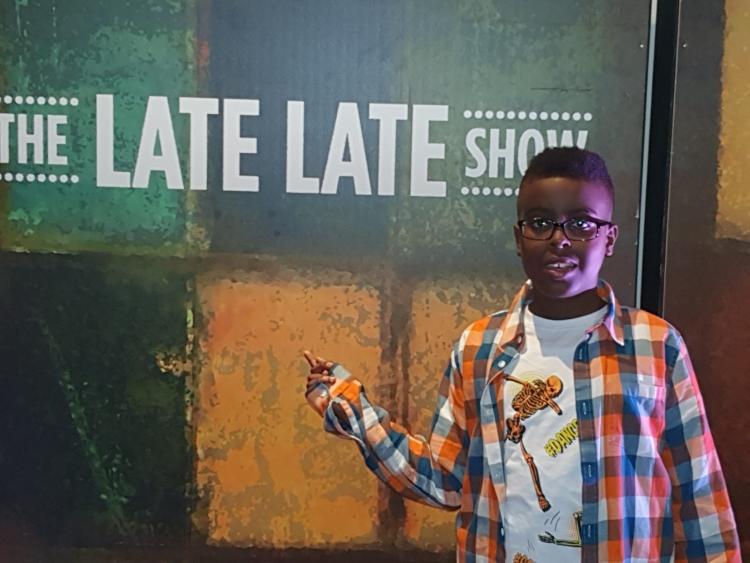 Fynn Loughnane, Mountmellick at his audition in RTE.

A lucky Laois boy has landed the exciting job of toy tester on the Late Late Toy Show.

Fynn Loughnane from Acragar in Mountmellick is 9 years old and in 3rd class at Scoil Phadraig Naofa.

An only child of Jim and Anne (nee Bacon), he was put forward for the role by Midland Drama School where he has been getting lessons in Portlaoise since he was five. 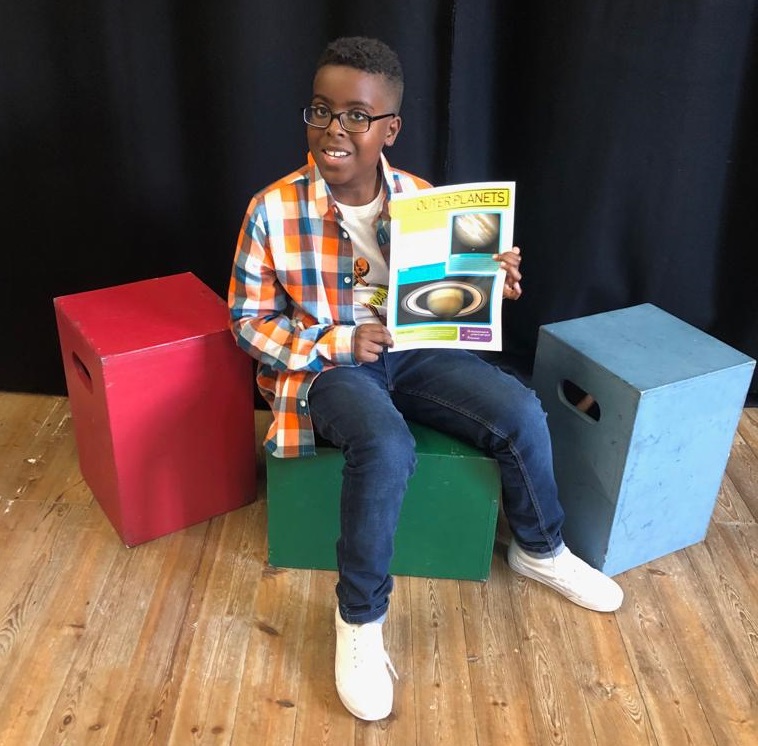 After an initial video and audition, Fynn was called to RTE for a chat with the show’s makers.
“He was in there over half an hour chatting to them, most interviews are no more than 15 minutes. You could hear their laughter, he is so comedic, he is a huge character,” said his teacher Lorraine.

Fynn is one of two Laois boys chosen to chat to Ryan tonight. Read about Fiachra from Abbeyleix here.

The day of the shortlist interview was tinged with a little sadness as it was the day Gay Byrne died. Fynn and his parents signed the book of condolences in the RTE studio.

Last week the family got the phone call to say Fynn was selected to test toys. He was stunned.
"He fell to his knees with utter shock and was speechless . When the news sunk in he ran to our next door neighbours, Noel and Eileen and burst in shouting ‘I made it, I made it’,” said a delighted Anne.

Fynn’s homework was abandoned and a note from mum was written to explain why to his school. He has now received a top secret selection of toys to test ready to report to Ryan live on what is Ireland’s most watched TV show.

Fynn is in 3rd class in Scoil Phadraig Naofa in Mountmellick. Teacher Mr McEvoy and Fynn’s classmates are reportedly also very excited for him.
“They are all very eager to find out what toys Fynn will demonstrate. We are all looking forward to seeing him on Friday November 29. Ryan has met his match,” said Lorraine.

“We are so proud of him. First for auditioning knowing that he would be competing against thousands of talented children and then being so successful. We are so excited for him. Fynn is very funny so watch out Ryan,” said Anne.

Fynn has also been selected to play the lead role of Barnum in Midland Drama School’s annual musical production, The Greatest Showman in Tullamore.

The drama school has had pupils perform every year in the Late Late Toy show since 2010. This year also features Ellie Molloy, 5, from Tullamore on a bike and Tom Landy, 9, from Roscrea who will sing a solo number.