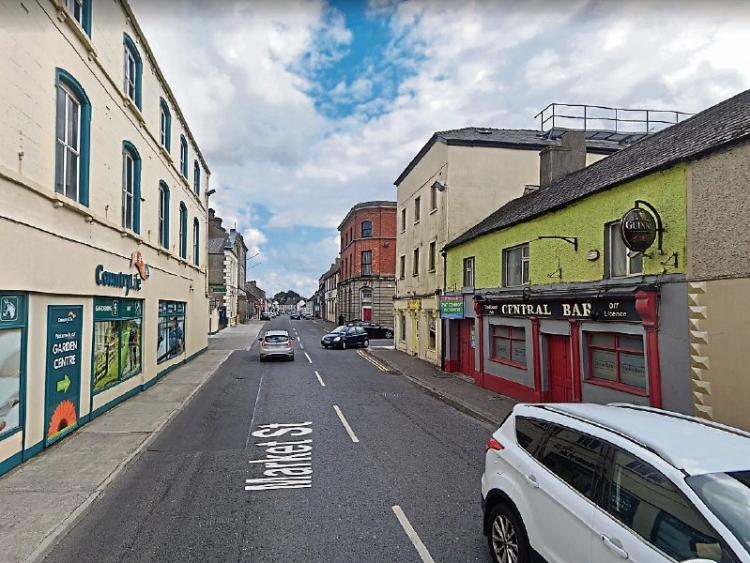 A Laois town often choked with passing traffic and trucks is in need of two relief roads, experts have concluded in a new report.

A draft feasibility study on the N80 road through Mountmellick has concluded that two relief roads are needed on either side of the town.

The study says the roads are required to alleviate traffic, prevent crashes and make the town safer for walkers and cyclists.

The report was funded by Transport Infrastructure Ireland (TII) and commissioned by Laois County Council.

“The report recommends a western relief road, but also identifies a preferred option of both a Western and Eastern Relief Road, to be considered in subsequent phases for the N80 Mountmellick Relief Road project.

The report is now being reviewed by the council’s road design section.

It sets out Phase 1 (Concept and Feasibility) for the N80 Mountmellick relief road, prepared in line with TII’s project management guidelines.

“The report gives high level consideration to operational, traffic capacity and traffic accident statistics associated with the existing road through the town centre and it considers and advises on possible scenarios to alleviate deficiencies,” the council reported.

Specific route options and designs would be considered at a later stage.

The council says that the report identifies “two do-something options”. One being a western relief road, the other being both Western and Eastern.

It is 12 years since a planning application for a relief road through Mountmellick was refused by An Bord Pleanala. There had been local objections to its proposed location, close to the town centre.

The full plan will be presented in full to councillors in the Borris-in-Ossory Mountmellick Municipal district in July.