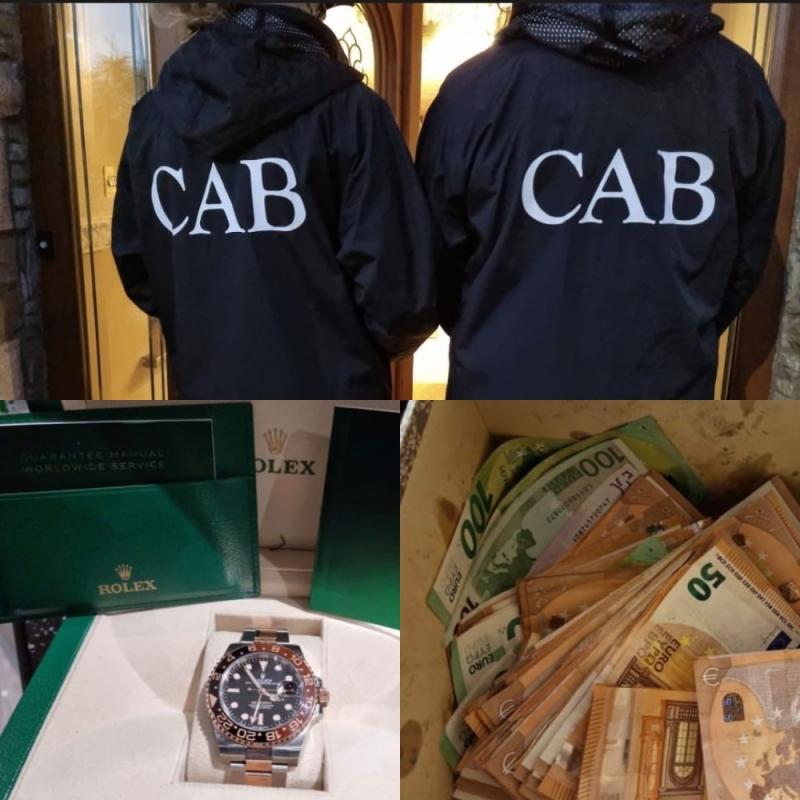 Designer watches and bags by Rolex and Chanel were seized today after 150 CAB officers and gardai carried out searches at several premises in Kildare.

Searches of eight residential addresses along with two professional addresses were conducted.

Gardaí also arrested two males, one aged 19 and the other aged 40 for an offence contrary to Section 6 (Deception) of the Theft and Fraud Offence Act in respect of a local Garda Investigation and they are currently detained at Tallaght Garda Station.The search today was conducted as part of an ongoing investigation and to date the investigation has identified and restrained seventeen bank accounts containing cumulative funds of €495,000.

This operation was described as a significant development in the on-going criminal and proceeds of crime investigations being conducted by the Criminal Assets Bureau and Tallaght District Detective Unit.