Thousands of hospital outpatient appointments have been cancelled as medical scientists take part in strike action.

The scientists have withdrawn routine laboratory services in protest over pay and conditions and will continue their protest on Wednesday from 8am until 8pm.

The action will affect routine hospital and GP services, including the analysis of blood and urine samples, scans and other tests, across the country.

There are around 2,100 members of the Medical Laboratory Scientists Association (MLSA). 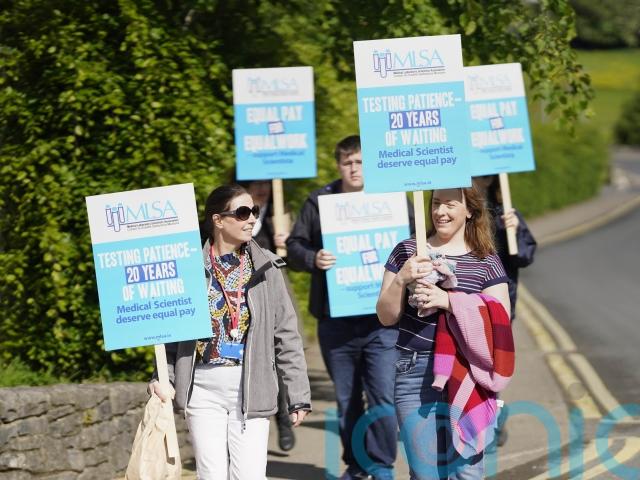 Andrea Byrne Fitzpatrick, an MLSA union representative at Naas General Hospital, said they are a vital part of the health service.

She told the PA news agency that medical scientists are paid less than their colleagues and are calling for equal pay for equal work.

Ms Byrne Fitzpatrick said around 20% of roles are currently unfilled and that has led to “total burnout” among staff.

“Our work is far-reaching – not only do we deal with the hospitals internally, but we do thousands of GP samples,” she added.

“We do hospice bloods and we do nursing homes and we do all types of specimens.

“We’re the last people who want to be stepping up our action at the moment. We’ve always been dedicated to our career.

“We work 24-7, 365 days of the year and the last thing we want to do is hurt our patients. But we’re having severe problems within the sector.

“There’s total burnout from our scientists, and we’re being ignored by the HSE and Department of Health.

“We’re continuing the picket line to resolve unfulfilled posts. The main thing we’re looking for is pay parity with our colleagues who do exactly the same job as us, and we work side by side with these guys and we have a medical qualification on top of that.

“We’re looking for a career pathway to be structured the same as our colleagues and give us more opportunity. There’s an increase in demand on our service all the time and young people are not encouraged to come into our profession because they can see the lack of service within it.”

Ms Byrne Fitzpatrick said medical scientists are paid about 8% less than their colleagues who work within hospital laboratories. 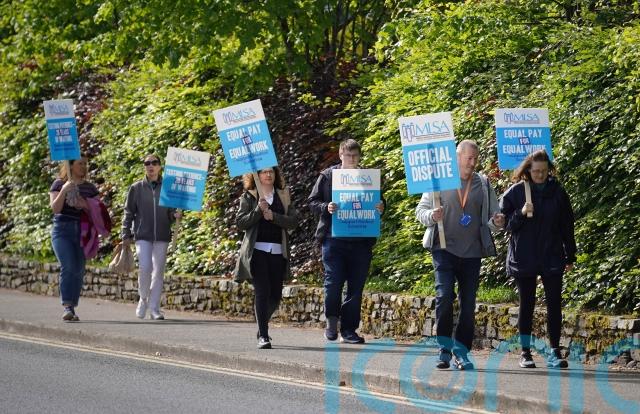 “We also have fewer career opportunities compared to other colleagues, we’ve less training support, and we have less continuous education support than our colleagues,” she added.

“Some 20% of our posts are unfilled and people are not encouraged to come in when they see the hours that we do and we’re working beside these colleagues getting paid more than us.

“We’re fighting this issue for the last 20 years and we hate standing outside the hospitals. This is not where we want to be but we can’t continue like this.

“There’s total burnout within the hospitals at the moment because there is no young people coming in to replace the older generations, they’re going on and working in different areas.

“It’s just absolute exhaustion, total burnout, and it’s driven us out on to the picket line.

“All we are looking for is equal pay for equal work.”

Medical scientists were involved in the rollout and increase of capacity of Ireland’s Covid testing system during the pandemic.

The Department of Health and the HSE have been contacted for comment.