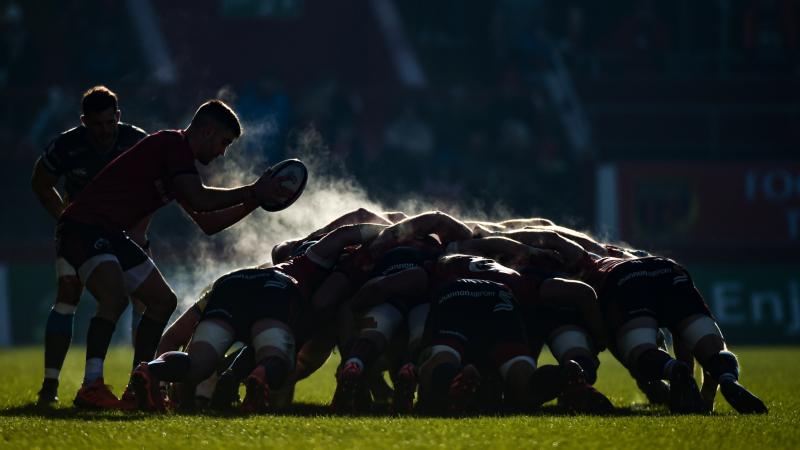 Top level rugby matches are set to be played behind closed doors until an effective coronavirus vaccine is freely available, according to a guideline released by World Rugby.

The document, compiled by World Rugby’s medical experts, suggests that this season's autumn Tests, next year’s Six Nations and next summer's British & Irish Lions tour of South Africa could be played in empty stadiums or in front of socially distance crowds.

The Irish government have stated that Rugby cannot take place on this island until after August 10, while the possibility of teams from outside of Ireland coming in to play games would be an issue due to quarantine issues and the length of time it would take to test players and managements ahead of such trips.

World Rugby have suggested that rugby matches should only take place, without large scale crowds, until a vaccine is readily available, which could take up to 18 months.

World Rugby also detailed a process of returning to full contact training. World Rugby advises that individual and a small group training would be allowed “in a staggered manner according to a country’s healthcare system and testing capacity”.

Reports in some media outlets this morning reveal that the four Irish provinces were due to go back training on May 19, however in light of this news, clubs are expected to make a statement this week on what they plan to do going forward, now that the government's five phase plan is now in place.

With domestic club rugby traditionally played in front of 'smaller' crowds, it is a case that club rugby could return first, with provincial matches soon after. As stated above, the PRO14, with clubs from South Africa, Italy, Scotland and Wales included, alongside Champions Cup games with English and French teams to come too, a logistical nightmare is assured in the coming months.