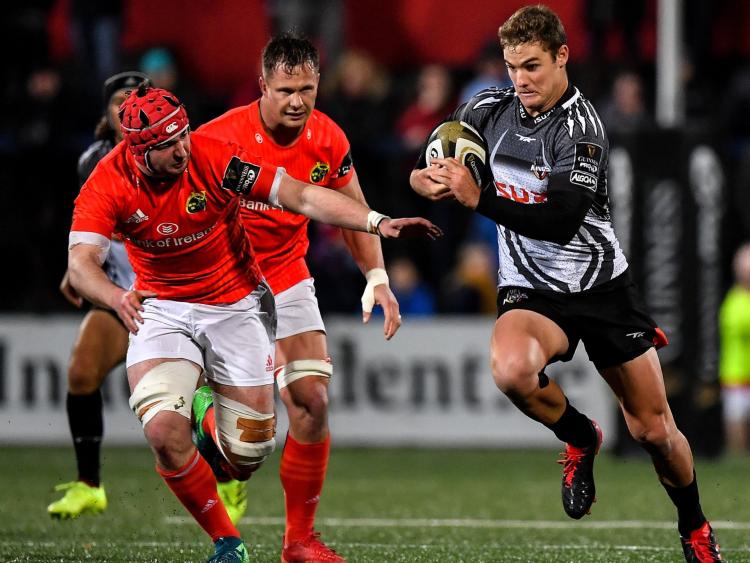 Edmund Ludick, of the Southern Kings, breaks away from John Hodnett of Munster during their Guinness Pro14 clash at Musgrave Park earlier this season

THE Guinness Pro14 will revert to being a 12-team competition for the start next season with confirmation that the two South African sides will not be competing before the end of 2020.

The board of South African side, the Southern Kings announced on Tuesday morning that it was voluntarily withdrawing the team from participation in any planned domestic rugby competitions in 2020.

The players and staff were informed of the decision at 7.30am following an urgent meeting of the board the afternoon before.

The decision was taken 'reluctantly in the face of hard, financial realities', said Andre Rademan, chairman of the Southern Kings board.

On Tuesday afternoon, in a statement Guinness PRO14 said it was aware of the Southern Kings voluntary decision to withdraw from any domestic competitions in South Africa for the rest of the 2020 calendar year.

The statement added that due to on-going travel restrictions enforced by the South African government against the backdrop of the Covid-19 pandemic, it is not foreseen that any cross-border Guinness PRO14 games involving South Africa teams will take place until 2021.

It continued: "PRO14 Rugby remains in discussion with SA Rugby on when South African participation in the league can resume in the new year.

"Work is already underway to concentrate the opening 2020/21 fixtures among the 12 European-based clubs."

"We could opt to field the Kings in the domestic competitions mooted by SA Rugby for the sport's post-lockdown resumption if we so wished.

"If we did so, it would require additional loans to the Kings or extra investment from the shareholders to the tune of R6.5m, which would add to the organisation's existing substantial debt.

"However, as there was no contractual requirement for the Kings to resume short-term participation in the Guinness PRO14 competition, because of air travel restrictions, and as the Kings had no other commercial commitments to honour, the most prudent decision was to withdraw."

The Southern Kings began life in the Guinness Pro14 in 2018 along with the Cheetahs.

The Kings have won just four of their 55 league fixtures over the last three seasons and, once again, sit bottom of their conference.