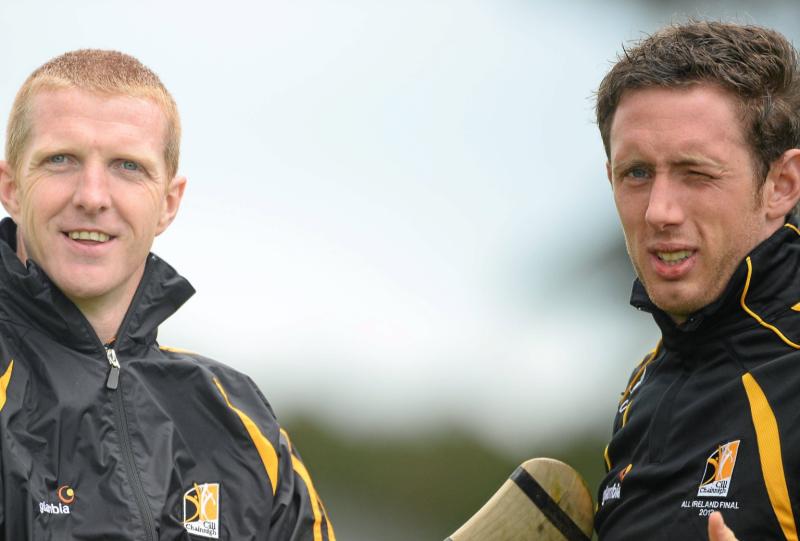 The GAA world is still coming round to the shock news that Henry Shefflin is to manage the Galway hurlers in 2022.

The Ballyhale man joins the 2017 All-Ireland champions who will be aiming to take down Kilkenny in next year's Leinster Championship.

Over the last 24 hours, a number of Shefflin's former teammates have taken to the airwaves and online, by giving their views on the new appointment.

Michael Fennelly is the current Offaly boss and he sees the move as big news for Galway GAA.

"It’s a big win for Galway. Henry has never been afraid of new challenges. The extent of the travel commitments shows his intent on bringing Galway to a new level”, he said.

As well as Fennelly, both Eddie Brennan and Aidan 'Taggy' Fogarty appeared on Off The Ball as they outline his credentials for the role.

"We're still very much in the dark for the details because it looked very much like a done deal for Davy Fitz. It reminds me of the Liam Sheedy back to Tipp story there from a couple of years ago....he obviously went into Ballyhale at a good time and I think equally he stepped out with a good reputation.

"It enhanced his reputation and proved his credentials as a manager."

"Henry has definitely shown that he can do it. If you were to stand back as a hurling person and look at that Galway squad, there's huge appeal in wanting to work with a bunch of players like that.

Taggy Fogarty was man of the match when Kilkenny won the All-Ireland title in 2006 against Cork and the Emeralds man admits it's tough seeing Shefflin manage another county.

For me, there's mixed emotions, because it feels like we're losing one of our own. Galway already feel like a Championship contender and they're going to gain all this experience and just a great guy."

"He's won it all in the game but he's still one of the most grounded, most honest, and humble guys that you could ever come across.

"That's what he's going to bring to Galway, an honest and an intensity to a team which is maybe lacking slightly.

"When he was on the field he didn't speak that often in the dressing room, but when he talked, you'd listen. He was all about the honesty of effort and work rate.

"He's looked at Galway and assessed what they have, he's worked with Ballyhale and Thomastown already and he's no fool, he sees potential in a team and then goes to them.

"Galway play in a way already in which I think Henry would like them to play. They have big and mobile men in their ranks.

"He plays the game in a traditional way but he's all about the use of the ball. Galway have the potential to win their own ball and he sees that potential in them."

Lastly fellow Sunday Game pundit Jackie Tyrrell spoke on RTE'S Game On programme and went into detail on what he can bring to Galway.

"It's huge news for the hurling world," he told RTÉ's Game On.

"You very rarely see a managerial position like this filled in the last hour. It looked like Davy Fitz was going to be the Galway manager. For Henry, coming to Galway, it's exciting for him. If you're a Galway hurler tonight, I'm sure excited about Henry going up there considering the success he's had with Ballyhale.

"He's obviously still managing Thomastown, who are in an intermediate semi-final. He has an impressive CV as a manager and no one can really rival his credentials as a hurler.

"It's going to be very interesting to see how it unfolds."

"To be very greedy about, I'm disappointed in the decision - but that's just as a selfish Kilkenny man, I know that if he were in that Kilkenny dressing-room, the presence he would carry.

"But If you're a Galway fan or any kind of hurling fan, you will love to see Henry on the Galway sideline next year considering where the team is at.

"There are guys with a lot of miles on the clock up there; guys with big decisions to make. We don't know whether they'll be around next year but no better man than Henry to sit down with them if they feel they have something to contribute. He will definitely get the best out of them.

"It's a really key appointment and one they will have to get right. It's an outstanding appointment - a great acquisition to get.