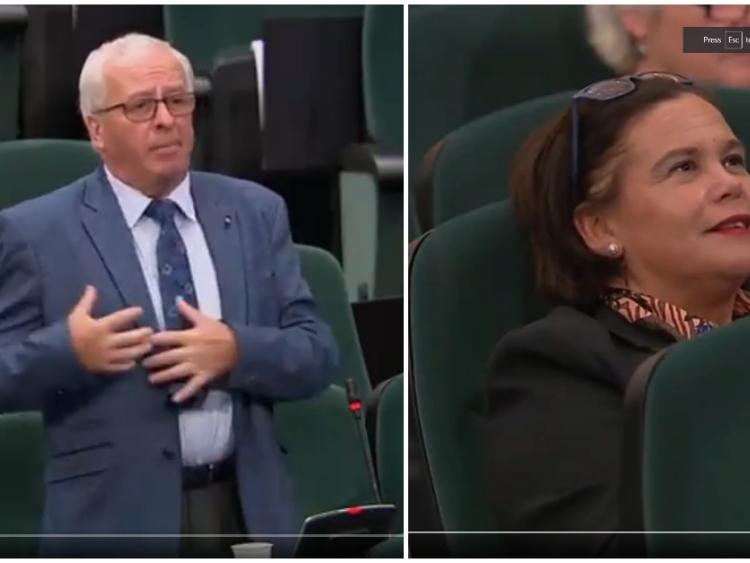 Independent TD Mattie McGrath has said that he is owed an apology from Sinn Féin's Mary Lou McDonald for allegedly calling him a "sleeveen" in the Dáil last week.

Speaking in the Dáil on Wednesday last, Mr McGrath claimed that the Sinn Féin leader turned to him in the Dáil on Tuesday evening following a vote on whether Barry Cowen should answer further questions about his drink-driving ban, in which the Tipperary TD voted against bringing the former Minister for Agriculture back to the House, and called him a "sleeveen".

For those who may not be familiar with the distinctly Irish term "sleeveen", or slíbhín in Gaelic, the Collins Dictionary defines it as "a sly, obsequious, smooth-tongued person".

“I’ll take no sleeveenish lessons from a party that has such a murky past and are still involved in that past” said McGrath.

“If that’s the new type of politics – my goodness. Is the kneecapping going to be next, or the threats?”

The exchange was captured an Oireachtas TV and shared to Twitter below:

He's waiting on an apology & wonders if kneecapping will be next... pic.twitter.com/9Cxnp6pfuw