EXPLAINER: Partial to a cup of coffee or tea? Here's all you need to know about caffeine! 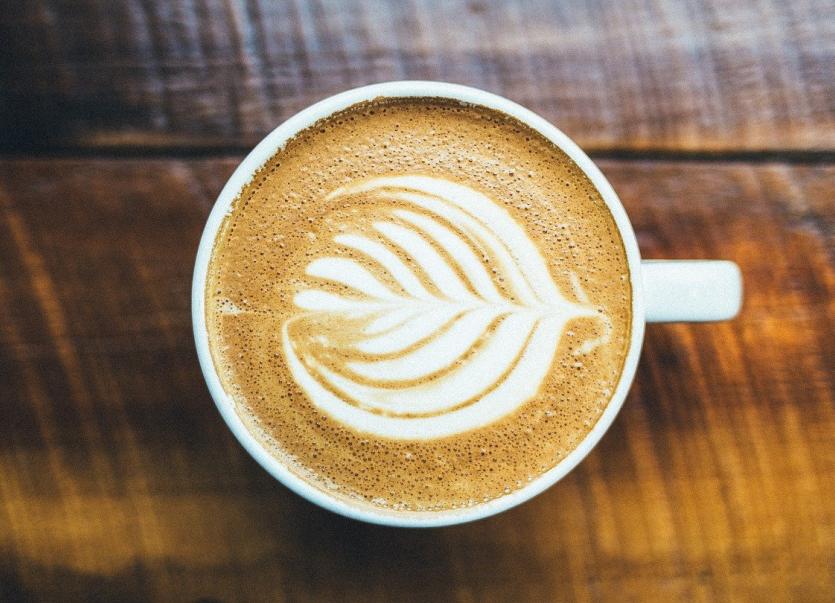 Here in Ireland, we’re partial to a cup of coffee or tea or maybe five.

Whilst many of us have our teas and coffees socially, others can’t start their day without one. But the question lies on whether coffee, tea and other caffeinated beverages are good for our health.

Here, Laurann O’Reilly, owner of Nutrition by Laurann, explains everything you need to know about caffeine; what it is, what it does, the good and the bad.

What Is Caffeine?
Caffeine is a natural stimulant found in certain plant foods, including tea, coffee, cola, cocoa and guarana (which can sometimes be found in products like energy drinks). It’s commonly used to increase energy and alertness.

Where Can We Find It?
Caffeine can be found in the least and most expected products, here are some of them.
- Coffee: The first thing we think of when we hear the word caffeine is coffee and many of us can’t start our day without it. The average shot of brewed coffee contains approximately 95g of caffeine. According to Adam Carr, a chemical engineer and coffee roaster, the brewing method of coffee can affect the caffeine content, he states that “whilst espresso has a higher concentration of coffee, per serving, filter coffee (for example, French press) typically has more caffeine per cup”.
- Tea: The caffeine content of tea depends on the type of tea, however the most common tea drank in Ireland is black tea which contains between 60mg to 90mg per 225ml. Other factors which affect the caffeine content of tea include 1) The type of tea used for instance black tea (mentioned above), green tea (30-40mg per cup) and matcha tea (approximately 30mg per cup), 2) The type of tea leaves used, for instance loose tea leaves may emit more caffeine than tea bags, 3) The water temperature, with a higher water temperature aiding the release of caffeine from the tea leaves and 4) Brewing time, as the longer the tea is brewed the more caffeine is released
- Soft Drinks: Whilst not all soft drinks contain caffeine it can be commonly found in cola drinks. For example, a 500ml bottle of cola can contain 40mg of caffeine.
- Energy Drinks - Whilst energy drinks are consumed as a stimulant or for a little energy boost, they’re not only high in sugar and other stimulants they often contain high levels of caffeine ranging from 111mg to 350mg in one can. Tip: if you are feeling levels of extreme tiredness or fatigue, it may be worth looking at your sleeping patterns, your diet or contact your GP.
- Chocolate - A 100g bar of chocolate contains approximately 43mg of caffeine. Caffeine is naturally found in cocoa beans so the darker the chocolate the higher the caffeine content! So, if you are a little sensitive to caffeine it’s an important one to factor in.
- Pre-Workout Supplements – Caffeine can often be found in pre-workout supplements to increase energy and focus and to improve endurance. Although caffeine is one of the most commonly used stimulants among athletes, it can also lead to an increased heart rate so please take with caution and consult your doctor if you have any underlying medical conditions.
- Energy Gels – Similar to the pre-workout supplements, some energy gels which are often used by endurance athletes can contain high amounts of caffeine to help provide a boost and enhance performance. The caffeine levels of these gels can be anywhere between 30-200mg. Again, please be cautious if you are sensitive to caffeine, do your research as caffeine can increase an already elevated heart rate caused by exercise.

What Are The Benefits?
For Mental Alertness: When taken within the recommended guidelines, caffeine can be beneficial in stimulating the brain and central nervous system. It can help you stay alert and prevent the onset of tiredness, it can help to increase concentration and decrease the sensation of fatigue.
- Athletic Performance: As mentioned above caffeine is commonly used by athletes to improve athletic performance by increasing the dopamine and adrenaline levels in your blood. According to a study by Dakota State University “caffeine has been found to increase speed and power, improve the length of training, and assist the athlete in resisting fatigue” They also discuss how “caffeine has been found to stimulate the brain, which contributes to clearer thinking and ability to concentrate more intensely on the task at hand” making it a common tool for many athletes. Tip: If you are involved in professional sports, please consult with your coach or if you have any underlying medical conditions, please consult your GP.
- Nutrients in Coffee: Surprisingly coffee contains Vitamins B2 (riboflavin), B3 (niacin) and B5 (pantothenic acid) and the minerals magnesium, manganese and potassium.

Can We Have Too Much?
According to the European Food Safety Authority (EFSA) a healthy adult should consume no more than 400 mg of caffeine per day. This is the equivalent of 4 shots of coffee
Tip: Ask for a 1 shot coffee when in a coffee shop, this will allow you to spread out your caffeine throughout the day rather than consuming your caffeine allowance in one or two coffees. The Food Safety Authority of Ireland (FSAI) also suggests that during pregnancy the guideline for the upper limit of caffeine is 200mg per day” with lower if possible.

What Are The Effects of Too Much Caffeine?
Unfortunately, when we consume too much caffeine there are a range of different side effects which we may experience, here are some of them.
- Diuretic: Caffeine is a natural diuretic which means it can increase your need to pass urine and lead to fluid loss, it’s therefore really important to drink plenty of water if you’re a coffee drinker.
- Impairment of Nutrient Absorption: Caffeine can also impair the absorption of nutrients in your body such as calcium, iron and zinc. A recent report published in April by the FSAI, which looks at the nutrition recommendations for individuals over the age of 65 recommends that “strong tea should only be consumed between meals and not during meals” as it interferes with the absorption of the above nutrients. Tips: 1) Avoid having caffeinated products close to meals, 2) If you drink coffee and take nutrition supplements such as multivitamins, it may be worth taking them in the evening instead.
- Increased Heart Rate: As caffeine has multiple effects on the central nervous system, as well as the heart, people can commonly experience an increase in heart rate, the degree of which differs among individuals. The amount of increase depends on various factors such as the amount of caffeine consumed, frequency of consumption, a person's size and physiology. Therefore, sensitivity to caffeine is unique to each individual. If you have an underlying heart condition, please consume with caution.
- Increased Blood Pressure: According to a study in the Hypertensive Journal, hypertensive individuals (those with existing high blood pressure) are more sensitive to caffeine and show progressively longer responses in blood pressure with increased risk of hypertension (high blood pressure), even if taking medication. They therefore recommend that “consumption of caffeinated beverages in these individuals should be made with caution”.
- Sleep: Caffeine works by blocking the effects of ‘adenosine’, which is a neurotransmitter that relaxes the brain and makes you feel tired (imagine caffeine creating a wall behind which the adenosine cannot pass through but instead builds up behind it). As caffeine can take a few hours to leave our bodies. It’s important to avoid caffeinated products in the late afternoon and evening.
- Headaches: Caffeine related headaches can be as a result of too much caffeine but also as a result of caffeine withdrawal. If we’ve had an excessive amount of caffeine, once the adenosine wall drops this can result in what’s known as a ‘caffeine crash’.
- Shakiness: This can be common in individuals with a sensitivity to coffee or those who aren’t used to it but also if too much caffeine has been consumed. Tip: If you have issues with anxiety, it may be wise to limit your caffeine intake. Please consult your GP if you have any concerns
- Brain Function: Too much caffeine can overstimulate the brain and can lead to confusion. According to The American Psychological Association, withdrawal symptoms of caffeine can result in “headaches, fatigue, depression and trouble concentrating”.
- Coffee Intolerance: If you find that you feel unwell for instance you get an upset stomach after consuming coffee you may have a coffee intolerance. This can be tested through food intolerance testing.
How Long Does Caffeine Stay In Our Bodies?
According to a study in the Journal of Food Science “Approximately 90% of the caffeine contained in 1 cup of coffee is cleared from the stomach within 20 minutes and peak blood plasma concentration is reached within approximately 1 to 1.5 h. Also, the half-life of coffee (half the amount of time it takes to leave our body) is approximately 5 hours which means it can take double this amount of time to leave our bodies.”
When To Be Extra Cautious?
- Medical Conditions: It’s important to take caution with caffeine in the case of certain medical conditions such as heart disease or anxiety related issues. If you have a medical condition, it’s always best to check with your doctor or pharmacist to ensure that caffeinated products are safe for you.
- Medicine Interactions: Caffeine can also influence certain medications such as pseudoephedrine (Sudafed), a common decongestant medication. Again, if you are unsure it’s always best to check with your GP, consultant or pharmacist.
- Herbal Remedy Interactions: It’s important to be cautious with herbal remedies if you consume caffeine. ‘Echinacea’ - which is sometimes used to prevent colds and boost the immune system - may increase the concentration of caffeine in your blood and may increase caffeine’s unpleasant effects.

Caffeine Alternatives?
Thankfully there are some great caffeine alternatives out there if you wish to cut out or reduce your caffeine intake or would like to enjoy a caffeine-free drink.
- Decaffeinated Tea & Coffee: Almost tasting like the originals, decaffeinated or ‘decaf’ tea and coffee can be a great way to reduce your overall caffeine intake. It’s important to note that although they are classified as ‘decaffeinated’ they do contain small amounts of caffeine. According to the FSAI, the average cup of decaf coffee contains 4mg of caffeine, but caffeine content can range from between 3-12mg. Whilst decaf tea can contain anywhere around 1-8 milligrams of caffeine (which is still significantly lower than the originals).
- Caffeine Free Herbal Teas – These are a great alternative and can be enjoyed from the afternoon to the evening to ensure you have a sound night sleep. These include: fruit teas such as camomile, ginger, peppermint and rooibos.
- Barley Cup – Available in both granule and powder form it is made from barley, rye and chicory and is an alternative to black coffee.