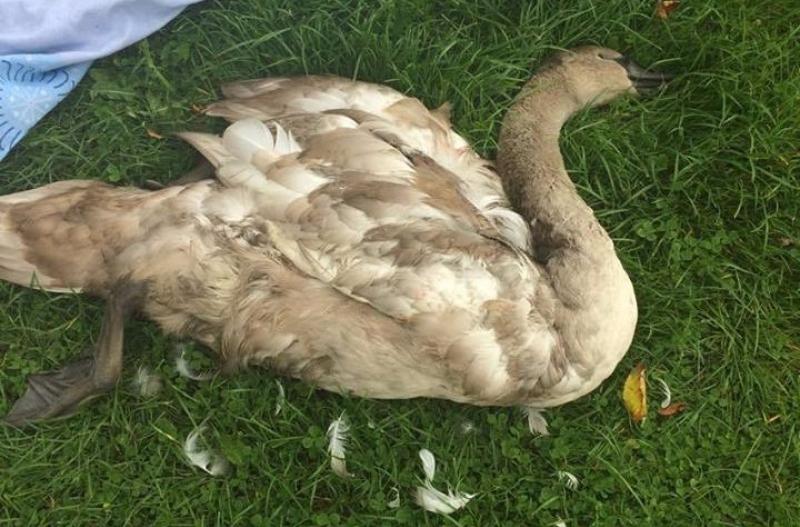 Laois Society for the Prevention of Cruelty to Animals (LSPCA) has revealed that a cygnet was killed by a dog in Portlaoise on Tuesday.

The animal rights group has said that people who do not control their dogs "should be ashamed of themselves".

LSPCA received a call from gardai to attend the scene in Kilminchy where the young swan had been attacked, but by time the a volunteer got there, it had died.

"After allowing your dog to attack the bird, you leave it there to suffer and someone else had to do your dirty work for you. You should be ASHAMED of yourself!! If you are privileged enough to have such beauty on your doorstep and wish to take your dog for a walk around a lake, have the decency to keep your dog under control!" the LSPCA stated.

"This was just a baby, that had been seen swimming on the lake earlier in the morning. This is just horrific!!" they added.

This was the second time LSPCA had to visit the area due to interactions between dogs and swans, as six weeks earlier a swan was entangled in a dog lead.

There has been an angry response on social media towards people who do not keep their dogs on a lead.

"Some people have NO respect for wildlife.. Dogs should be kept on leads around wildlife..." was written online.

"I think they should put some form for fence around where the swans are.. Have CCTV around the area near them.. Dogs should be kept on leads with it comes to wildlife.." wrote another person.