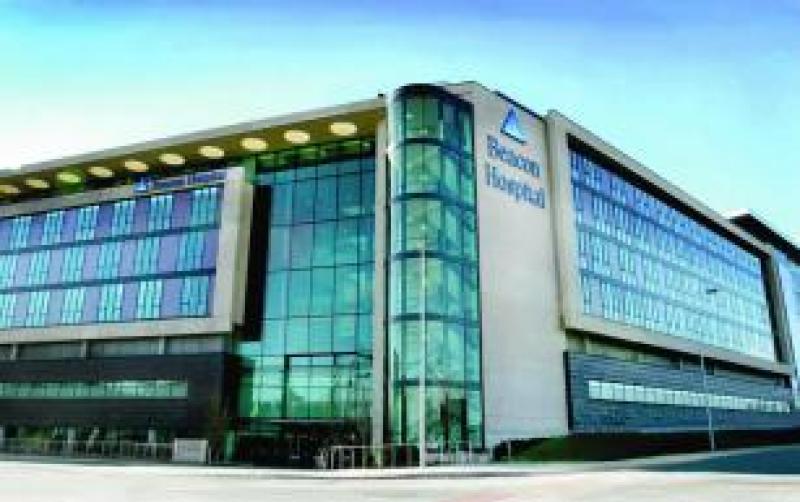 The privately-run Beacon Hospital in Dublin has offered the Minister for Health Simon Harris a public private partnership to solve a key shortcoming identified by the HSE in its plan to downgrade Portlaoise hospital.

However, if critical care is withdrawn, A&E, maternity, paediatrics and most surgery would follow. While much of the public's attention has focused on the A&E, the HSE has pinpointed the ICU as the key weakness because of the low volume of patients.

The Blackrock Clinic made an detailed offer to the DMHG in 2015 which would see its new 12 bedded ICU and other services used by the Midland Regional Hospital Portlaoise. It was costed but rejected by the DMHG chief executive Dr Susan O'Reilly.

Now the Leinster Express can reveal that another private hospital has offered to step in and provide a safe service which it also claims to be regularly delivering to other public hospitals, two of which are in the same hospital group as Portlaoise.

Hospital consultants in Portlaoise have held talks with the Beacon as downgrade looms over their hospital. They came to have outline agreement, which has been submitted to the Department of Health and Minister Simon Harris in the past week.

The DMHG have indicated that ICU transfers are not common especially to private hospitals. However, correspondence seen by the Leinster Express reveals that big and small hospitals are sending patients to the Beacon Hospital.

Critically ill patients are being transferred from as far away as Donegal and Kerry to the private hospital located in Sandyford just off the M50.

"It is by no means an unusual thing," the Beacon have told the Portlaoise doctors in correspondence.

Patients requiring enhanced critical care are already moved from Portlaoise to Tallaght and St James. It is understood that those two ICUs do not have the capacity to take on additional workload caused by a downgrade of Portlaoise.

Correspondence indicates the two Dublin hospitals are effectively using the Beacon Hospital as a safety net.

"Tallaght has already sent us a patient and James's have asked us to be on standby should they need to transfer us a patient. This re-opens the conversation around forming a comprehensive service level relationship between the ICU in Portlaoise and the ICU at Beacon," say the correspondance.

The Leinster Express has seen details and costs of a possible partnership. About 50 patients a year would be transferred. Beacon ICU would oversee transfer arrangements. The Beacon ICU consultant group would also consider providing governance structures to critical care services in Portlaoise if required.

While not a private hospital, the Coombe Women and Infants Hospital in Dublin has run the maternity service in Portlaoise since 2015. Since it took over the birth rate has gone up at the Laois hospital.

Dr Sean Fleming is consultant cardiologist at Portlaoise where he is also chair of the medical board. He outlined the proposal in a letter sent to Minister Simon Harris.

"It is now clear that other hospitals in this sector are exploring similar solutions, utilizing in some instances support from the private sector to circumvent the national shortage of ICU beds. It has come to light that such a transfer based solution, for example, is utilised to support ICU care at St Luke’s Hospital Kilkenny. Here ICU back up, it has emerged, is provided by the Beacon Hospital.

"In this light and as an example of how this issue may in fact be resolved at MRH Portlaoise, we encourage you and your officials to examine the attached proposal from the CEO of the Beacon hospital. It sets out how such support would work at an estimated yearly cost of €200,000. This is a highly cost-effective mechanism to secure acute services at MRH Portlaoise and additionally provides a practical view how larger units may support critical but low volume services, in keeping with our plan," he said in the letter.

Under the law the Minister for Health is responsible for health policy and can reject the HSE / DMHG plans.