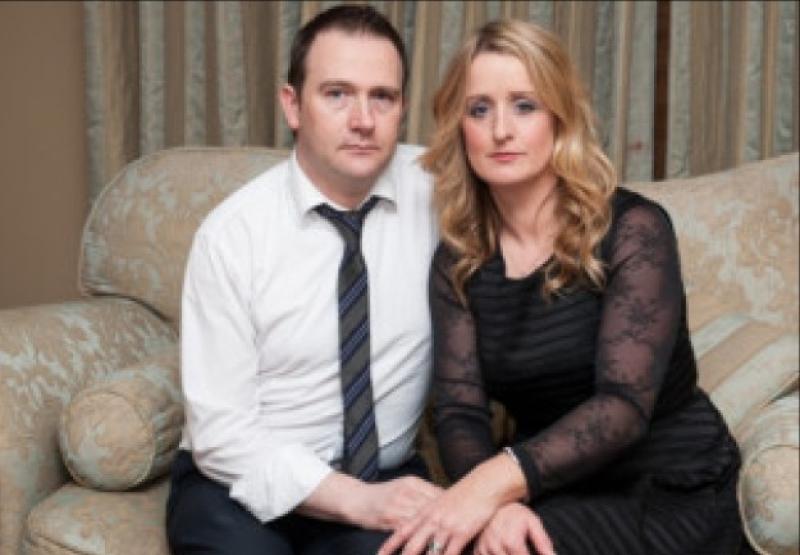 A doctor who was involved in the care of one of the babies whose deaths sparked the major scandal involving Portlaoise hospital has been cleared of five of seven allegations against him by the body that regulates doctors.

Dr A was the obstetrics registrar who oversaw Roisin Molloy’s labour at the Midland Regional Hospital Portlaoise on January 24, 2012. Her baby Mark died shortly after birth.

A Medical Council Fitness to Practise Inquiry committee delivered its judgement today, April 24. He was found guilty of two counts of professional misconduct over his amending his medical notes retrospectively. He admitted to changing notes. However, he was cleared of five counts which centred on the handling of the delivery.

He was cleared of failing to adequately review the CTG machine which reads a baby's heart rate during labour. The Inquiry found that the interpretation of a CTG is subjective and may depend on the reader's experience.

The Inquiry did not find that he did not arrange an urgent delivery or that he failed to call the consultant in good time.

It also found that the record of care of baby Mark and Mrs Molloy did not demonstrate increasing concerns by any health staff. The inquiry committee said the labour was not "regarded as overly problematic” by other health professionals involved. It was found that no midwife called the consultant obstetrician.

It was not found that he inappropriately administered Syntocinon, a birth inducing drug.

His altering of notes was found to be a 'serious falling short of the expected standards of conduct for a doctor'.

Mrs Molloy was told her son was stillborn but later found out he had been born alive but died about 22 minutes after unsuccessful attempts to resuscitate him.

The death of Mark led her mother Roisin and husband Mark to fight a long campaign during which led to the commissioning of major investigations.

Their story was originally told in an RTE Investigates programme in 2014 when the deaths of other children in similar circumstances were revealed.

This led to extensive investigations into maternity services at Portlaoise hospital and elsewhere. Taoiseach Leo Varadkar was Minister for Health when a HIQA report into the hospital was published in 2015.

Many of the investigations found significant shortcomings in maternal and other care at the Laois hospital. The use of CTG was found to be one of the biggest failings.

No HSE employee has been officially disciplined as a result of the failings at Portlaoise's maternity unit.

A Fitness to Practise Committee holds an inquiry if serious failings are identified following a complaint. The inquiry is similar to that of a court hearing, in that sworn oral evidence is given and allegations are presented.

The inquiry team is made up of three members, two non-medical and one medical. A legal advisor sits with the committee to advise them on the matters of law which may arise during the course of the inquiry. The advisor does not take part in the decision making process.

If allegations are proven a doctor can be stopped from practising medicine but other less dramatic sanction can be applied.

A doctor has the right of appeal to the High Court.

READ MORE "You think of him so often. The local team are training in Under 6s and Under 8s and he should be down there".