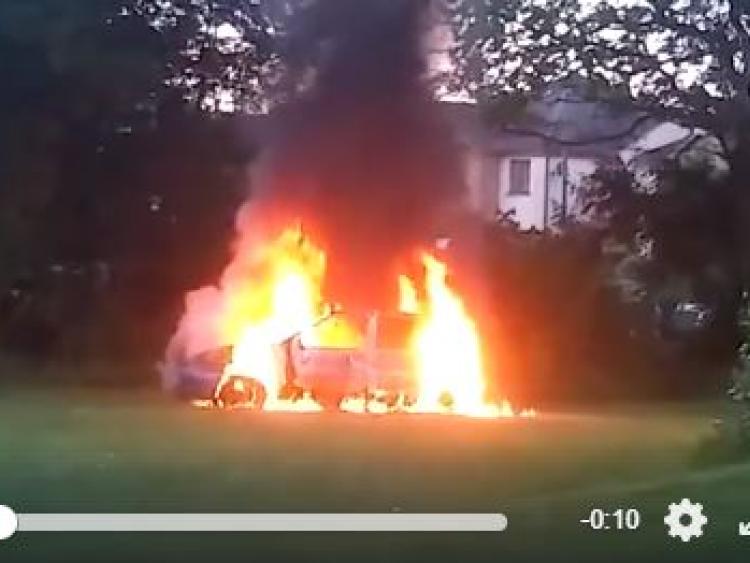 Picture and video by John Hayes.

A car was burnt out in a Portlaoise housing estate on Monday evening according to a video showing the large fire.

The video, which was posted on Facebook by John Hayes, shows the dramatic scene of the car on fire, reportedly in Kilminchy, Portlaoise.

The incident is yet to be confirmed by gardai.

Man bitten and an attempted hit and run in Portlaoise fight.