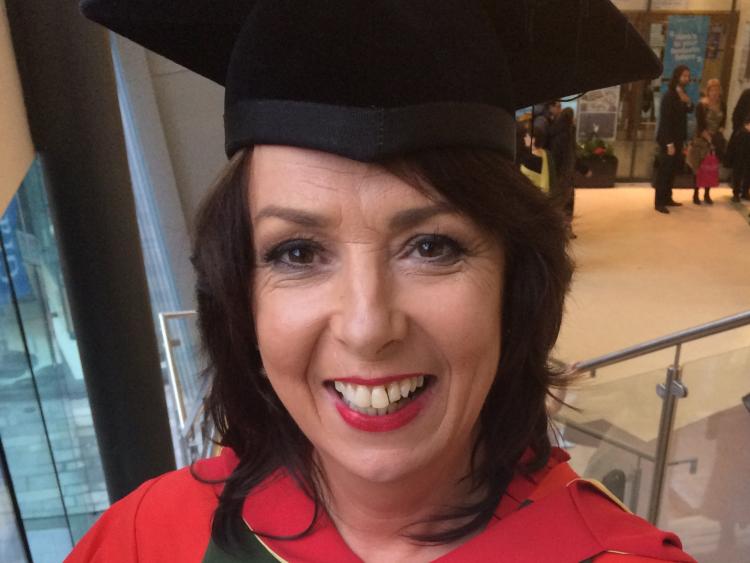 Pauline Madigan who is being co-opted by Fianna Fáil as an elected member of Laois County Council, filling the seat of the late Jerry Lodge.

Laois has a new Fianna Fáil county councillor, to fill the seat of the late Jerry Lodge.

The new councillor was the only woman out of the eight candidates who had put themselves forward for the seat.

Dr Pauline Madigan, a Limerick native living in Hawthorn Drive, Portlaoise, is a lecturer in Public Relations at Carlow Insititute of Technology.

She was chosen following an interview process run by Fianna Fáil headquarters.

She spoke to the Leinster Express following the announcement.

"I am humbled to be chosen, it was a very competitive process with seven other great candidates," she said.

Living in Portlaoise for the past 21 years, she said "a lot of us are blow-ins".

"We all need to feel that we love where we live, though when Limerick are playing Laois its a harder choice," she said.

"There are over 23,000 people from so many communities in Laois, it is all about inclusivity and diversity. I want to make a difference, and to do so by going out and meeting everybody and hearing what they have to say," she said.

There will be hopes in Laois Fianna Fáil that Ms Madigan will run for a Dáil seat in the next general election, and she does not rule that out.

"I haven't even considered it. Becoming a councillor is a huge leap, a big learning curve, but I am bright, I work hard and I will put 150 percent into it," she said.

Pauline Madigan said that while honoured and delighted to be selected, she has "won nothing".

"This is still Jerry’s seat and one of the first things I did when I found out last Friday that I was selected was to contact Patricia, Jerry’s wife to ensure she knew that I was thinking of the Lodge family at this time," she said.

"The work starts now to ensure the people of Laois vote for me in the local elections next year.  I have been living in Portlaoise for over 21 years and I am greatly looking forward to playing my part in becoming a more active voice and participant," she said.

Ms Madigan said Laois needs more job announcements like the two announced last week by the SkOUT Secure Intelligence company and the cheese factory by Glanbia and Leprino, that between them will create 108 new jobs for Portlaoise.

"Additionally, social issues are of paramount importance to me and I look forward to hearing people’s views, concerns and suggestions when I go out meeting them over the coming months," she said.

Pauline Madigan lectures in Public Relations, Public Affairs and Sports Sponsorship at IT Carlow, and holds a doctorate in education from Sheffield University.

She will be officially co-opted to Laois County Council at the next meeting on Monday July 30.