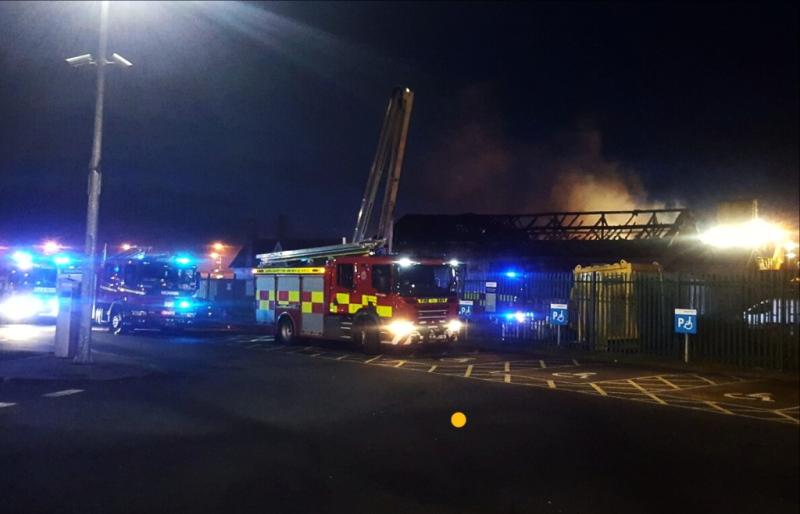 Irish Rail has issued an update on the fire at Portarlington train station which caused extensive disruption for commuters and damaged part of the station compound.

It is also understood that arson has not been ruled out as a potential cause of the blaze at a building at the busy station on Tuesday, March 19.

Fire crews from Laois and Offaly were on the scene into the night after the fire broke out on Tuesday afternoon just before the rush hour commute.

The company confirmed later Tuesday evening that the station had fully reopened.

An investigation is underway into the cause of the fire. It is understood that the blaze was centred on a carriage which contained waste material.

An initial inspection showed no obvious cause of how the fire started. Arson has not been ruled out.

No stops by trains were permitted at Portarlington for a number of hours to the fire in a building adjacent to the station.

By the time the fire was extinguished the building was badly damaged.

Read also: FIRE SERVICE ON THE SCENE IN PICTURES

Portarlington is one of the busiest commuter stations in the midlands. It is also a junction of train lines that serve Galway, Mayo, Cork, Limerick and Kerry.