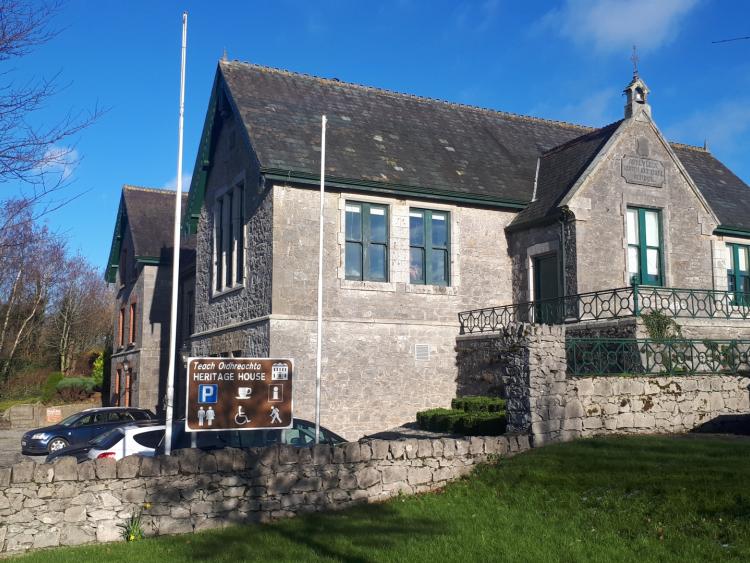 Gleaming gold is the colour for Abbeyleix on their medal wins in the SuperValu National Tidy Towns awards which also saw other Laois towns do well.

Abbeyleix took home a gold medal at the awards ceremony in Dublin which are organised by the Department of Rural and Community Development.

Abbeyleix was the joint top town in the country in Category C of Ireland's Tidiest Small Town section with 342 points. Towns in this category have populations of 1,001 to 2,500 people.

The fact that the overall winner, Glaslough in Co Monaghan scored just four points more than Abbeyleix is a sign of the achievement reached by the Laois.

Abbeyleix took the Laois County Award which includes a cheque for €1,000.

Meanwhile, Portlaoise, with a score of 316, won a silver medal and a cheque for €700 in Category G of Ireland's Tidiest Large Urban Centre section. Towns in this category have populations of between 15,001 and 25,000.

A Portlaoise school also had its efforts recognised. Portlaoise Educate Together won the School Award Regional for the Midland and East winning €1,000 in the process.

Ballinakill won €500 and the county endeavour award for Laois which recognises improvement on the previous year. The village scored 220 marks which was more than 7% higher than last year.

The full Laois results are as follows: 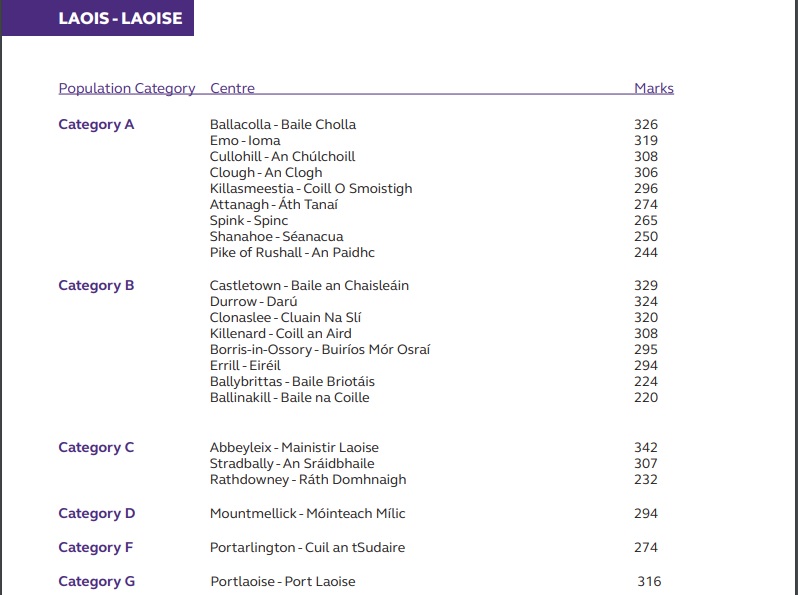 On hand to present the prizes were Mr. Michael Ring, T.D., Minister for Rural and Community Development and Mr. Martin Kelleher, Managing Director of SuperValu.

The Helix was packed with representatives of TidyTowns groups from all over the country, eagerly awaiting the announcement of the winners.

"I want to congratulate Glaslough and all of the other deserving prize-winners announced today.  The work of all those involved in the TidyTowns effort results in the attractive and welcoming towns and villages we see all over the country, and from which we all benefit.  It is this passion and pride that has made our towns and villages not only attractive and welcoming for visitors, but have created a ‘sense of place’ for those who live, work and raise families there.  That is why this competition has continued to flourish for more than 60 years," said Minsiter Ring.

“I would also like to congratulate the category winners who all made an outstanding effort to make their communities better places to live and work in. The immense pride in where you’re from shines through every part of what you have achieved to reach these high standards," he said.