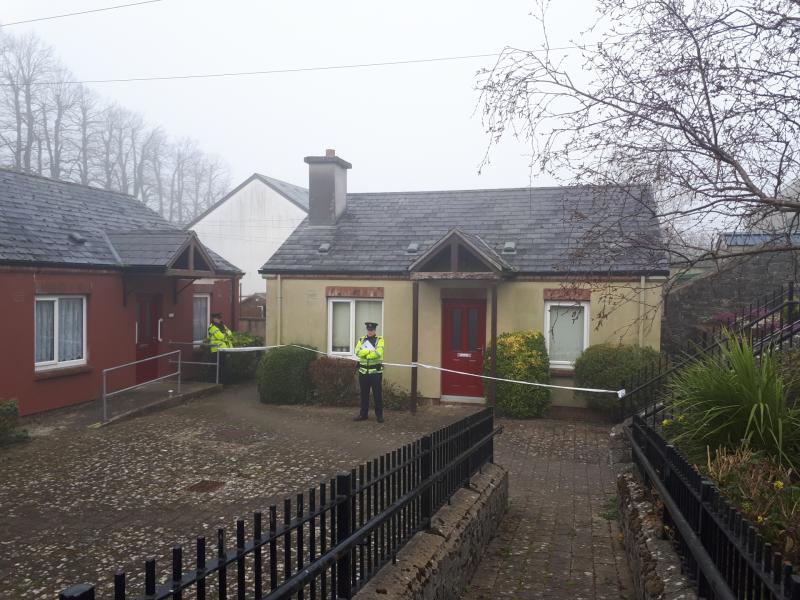 Gardaí have cordoned off the scene

A man has been detained by Gardaí following the discover of a woman's body in Kilkenny yesterday evening.

A garda investigation is continuing this morning into the circumstances surrounding the death of a woman in Kilkenny City.

The woman's body was discovered in a house in the Maudlin Street area of the city yesterday evening Wednesday March 25.

She is understood to be in her seventies and from Kilkenny City.

A male is currently detained in Kilkenny Garda Station in relation to the incident.

The woman’s body remains at the scene and gardaí have sealed off the house.

Members of the Garda Technical Bureau are expected to carry out a forensic examination of the scene today and a post-mortem will also take place.

Gardaí in Kilkenny continue to investigate the circumstances surrounding the unexplained death of a woman in her 70s whose body was discovered at a house in Kilkenny City on the evening of Wednesday 25th March 2020.

A man remains in custody at Kilkenny Garda Station on suspicion of murder and is currently detained under the provisions of Section 4 of the Criminal Justice Act 1984.

The woman's body has been removed from the scene to Dublin City Morgue where a post mortem will be completed by State Pathologist Dr Linda Mulligan later today.

The Technical Bureau remain at the scene and ancillary searches of the area are ongoing.

Gardaí are appealing for anyone with information in relation to this incident to contact Kilkenny Garda Station on 056 7775000, the Garda Confidential Line on 1800 666 111, or any Garda Station.

The woman who was murdered in her home in Maudlin Street in Kilkenny City has been names as Anne Butler.

In keeping with current government advice regarding public gatherings, a private family funeral will take place in the coming days and a celebration of Anne's life will be held at a later date. Those wishing to send messages of condolence to Anne's family can do so on www.rip.ie