Abbeyleix Bog is growing, growing… after it was almost gone 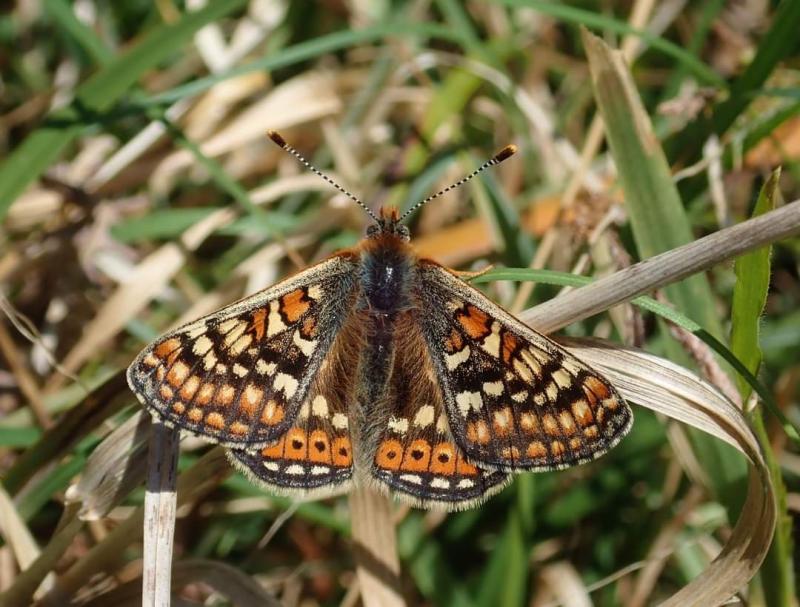 Take a good measure of community resolve, add a helping of nature’s resilience and sprinkle sufficient portions of common sense and co-operation; a reasonable layer of sound research and science and you have the winning formula.

These are the vital ingredients which have made the Abbeyleix Bog Project such a stand-out success in the world of ground-up, community ownership and partnership conservation.

It started 20 years ago with somewhat of stand-off between the community and state agencies but today it stands out as a credit to both, a beacon of hope in the sometimes battered environment of the landscape and biodiversity.

Today, Abbeyleix Bog is a treasure, a byword for what can be achieved if everyone pulls together and starts singing off the same hymn sheet, the classic win-win situation for the community, conservationists and dare we say the corporate stakeholders. 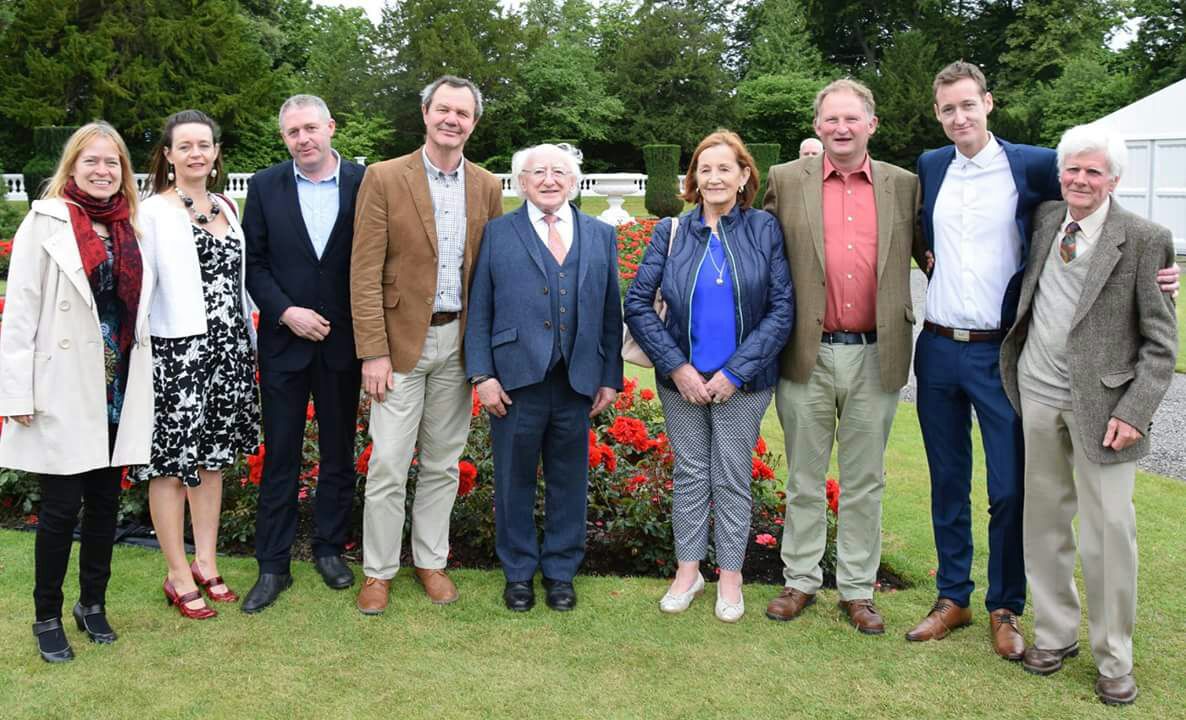 Twenty years ago this week, little did a committed group of community activists and determined conservationists realise or even hope that their actions could achieve so much. They saved the bog, but so much more has flowed and flourished since.

The beauty of it, this is not just all talk or pious notions, albeit endorsed with a Presidential visit and official seal of approval. Abbeyleix Bog may have been a test case, but it has passed the test with flying results.

Twenty years of dedication and determination have not just seen ‘The Bog’, as it’s now best known, grow in the affection of the local and broader Laois community, but it’s status and esteem has travelled beyond and abroad in the biosphere of national conservation.

Abbeyleix Bog is the test case that proves what we had hoped for is actually possible. A conservation cure; a vaccine of vigilance that restores the bog to good health.

Yes, the bog has grown on people and is loved, cherished and protected now, prized as a gem of which Abbeyleix and Laois can rightly boast. But beyond that the latest science and data has irrefutably illustrated that the bog itself, that ball of soggy sphagnum is also growing, regenerating, replenishing, restoring, right before our very eyes.

The poetry of biodiversity in motion is unfolding in slo-mo and when the scientists stepped out of the moss into the lab in recent weeks, that slow motion journey amounted to an amazing distance being covered.

After two decades of tender, love and care, project after project, painstaking work and effort Abbeyleix Bog has grown and regenerated itself from the close to extinction/exhaustion 1% baseline in 2009, to 13% in this most recent study.

The Abbeyleix Bog Project pioneers, their loyal supporters, volunteers, the community, the collaborators, the numerous stakeholders, the science heads, they all know only too well that in bog and biodiversity terms this is early days, there is still a long way to go but yet this gives great hope; it is something if not to shout about but to whisper with some satisfaction and to even inspire hope for more and better days.

A 12% growth rate in a generation is worth celebrating. The work continues. The Abbeyleix Bog Project is knuckling down for the next phase, the next 100 years.

It is a labour of love and a work in progress.

Abbeyleix Bog Project Chairman, Ricky Whelan, explains: “It’s fantastic, so many people have contributed to the project over the 20 years and now we can clearly see the success of the restoration efforts to date. It may be somewhat intangible for visitors and followers of the bog project but to have our bog actively growing and functioning as a carbon sink is of huge importance as the world struggles to get a handle on climate change.”

The future is promising. Abbeyleix Bog Project recently was granted funding through the National Parks and Wildlife Service’s National Biodiversity Action Plan Fund, facilitated by the Laois Heritage Office and match-funding provided by Laois County Council. The 2-year support will be utilised for a series of ecological studies in preparation for further restoration activities.

The Bog Projects supporters are excited and enthused for the future prospects, not based on idle or idealistic notions but on the strength of the scientific data now emerging, 20 years into their quest. It has significant implications not just for Abbeyleix, but peatland restoration everywhere else also. 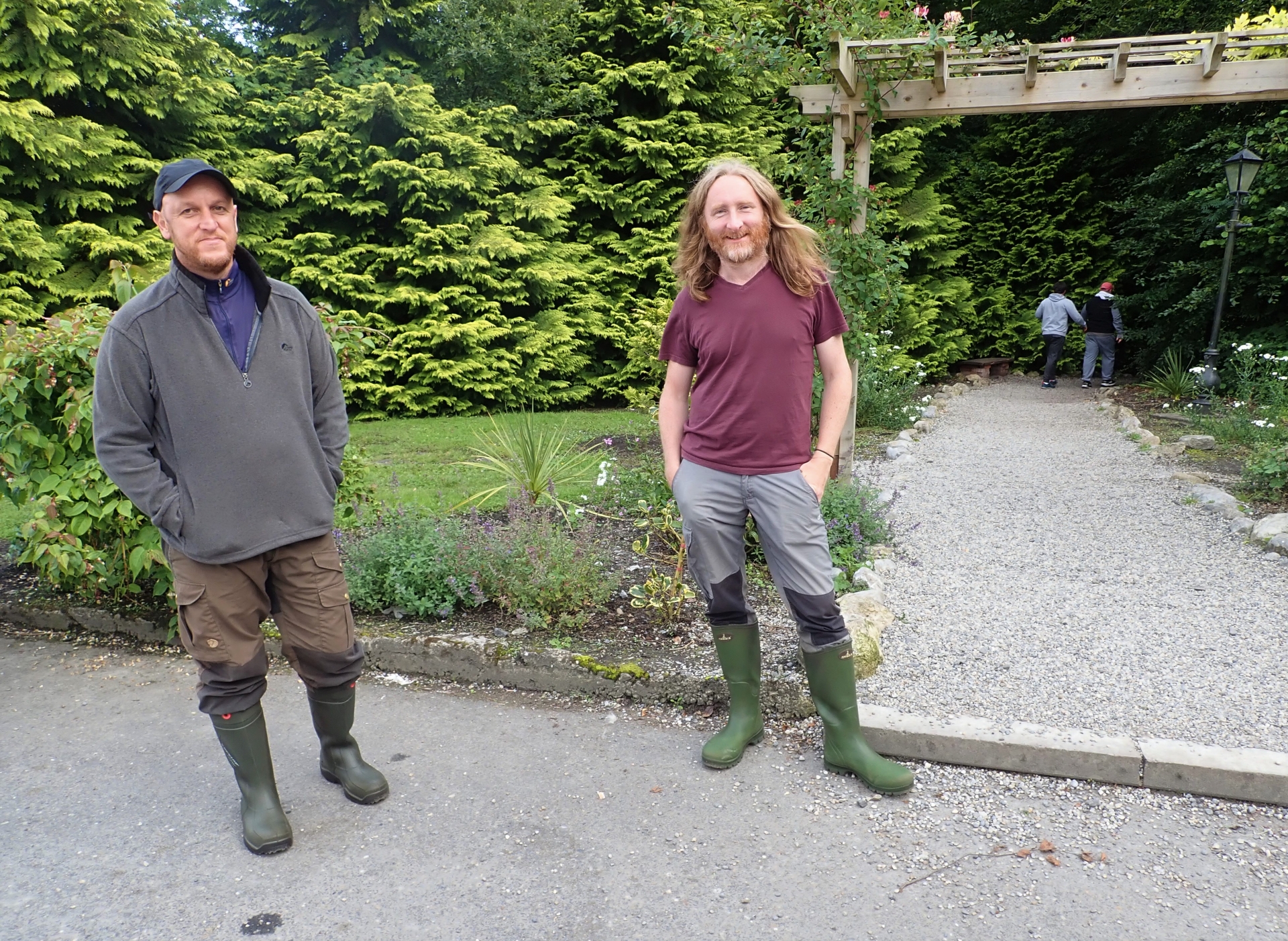 The latest study was an Ecotope Survey of the raised bog areas carried out during the early part of July 2020 by peatland ecologists Fernando Fernandez and Willie Crowley (pictured above).

Raised bog ecotope surveys use both biological (species of plants) and non-biological factors (spatial density and occurrence, hydrology, etc) to monitor or provide a picture of the state of specific peatland habitat in Ireland. In an ecotope survey, ecologists crisscross the site and visually identify the individual species of plants, the combinations with other species, as well as the extent of occurrence of the plants.

In the case of raised bogs, the key plants are Sphagnum mosses, a family of specialised mosses adapted to thrive on the wet, acidic and low nutrient conditions of peatlands. Added to that are other mosses, liverworts, lichens and vascular plants that provide an indication on the health of the raised or blanket bog. Mapping or pinpointing the occurrence of these plant species and combinations is done using highly accurate geographic information systems and related equipment.

Sphagnum mosses and other plants that are the key indicators of a healthy bog ecosystem or Active Raised Bog. Since the blocking of drains in 2009 on Abbeyleix Bog, three ecotope surveys have been conducted to track the progress and rate of recovery from 2009 to 2014 and now most recently in 2020 again.

Fiona MacGowan, ecologist and a volunteer at the project, explains, "Central and sub-central are areas of actively growing bog where the Sphagnum mosses are dominant and spreading. Sub-marginal is the next step down in dryness and you'll get less sphagnum here and more heathers but if these areas become wetter (due to the drain blocking) then the sphagnum starts spreading and the area has the potential to become actively growing bog again. Marginal areas are very dry where you have to throw your legs over the high heather! They are associated with the edges where there was cutting in the past and any drains that weren't blocked. Their potential to become active bog again is unlikely." 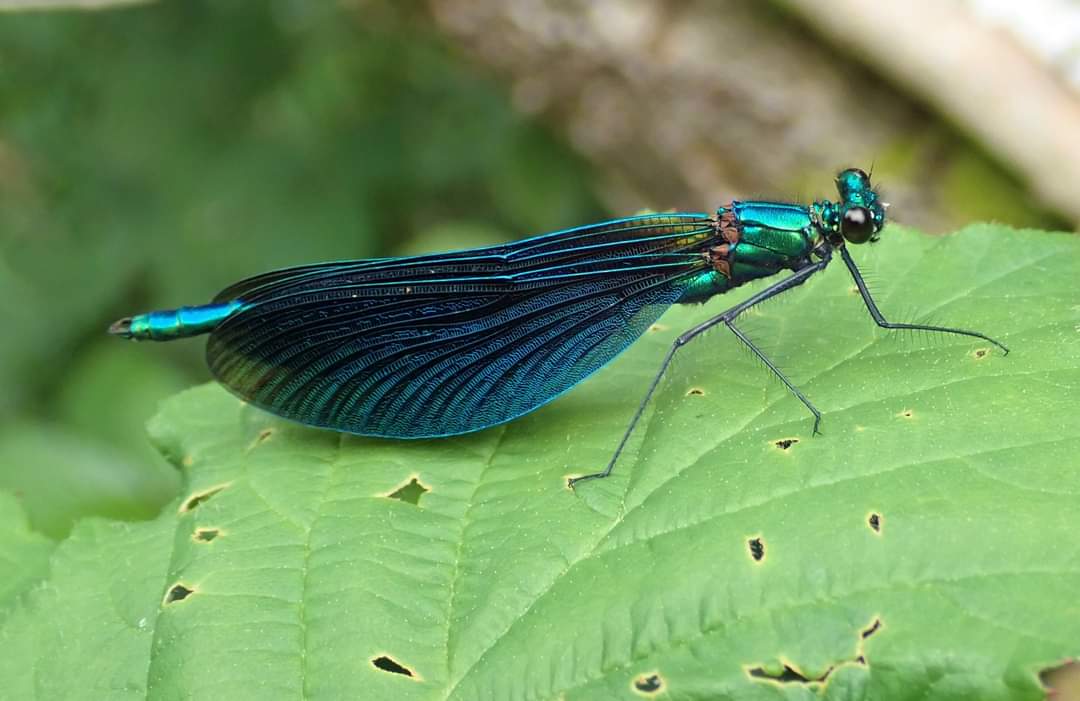 "It is indeed the best largest Active Raised Bog increase in the shortest period of time restoration results we have ever seen in the country, as far as Willie and I know. And we have been looking at bogs since 2003."

Jim Ryan, retired chief scientist for the NPWS and member of the Abbeyleix Bog technical advisory group, too is understandably pleased with the results.

“I just checked the NHA Review where the potential active area of Abbeyleix was modelled as 5.7ha. Think we can say that Abbeyleix is now top of the restoration class!"

The Abbeyleix Bog people are pleasantly surprised with the pace of progress, but not just for their sakes, as there is a wider environmental dividend.

Peatlands and bogs, due to its unique plants like Sphagnum mosses, not only capture carbon dioxide from the atmosphere, but it also stores the carbon as long as the habitat stays wet. As a collection of hollow cells, Sphagnum mosses also retain rainwater longer and thus prevent flooding. 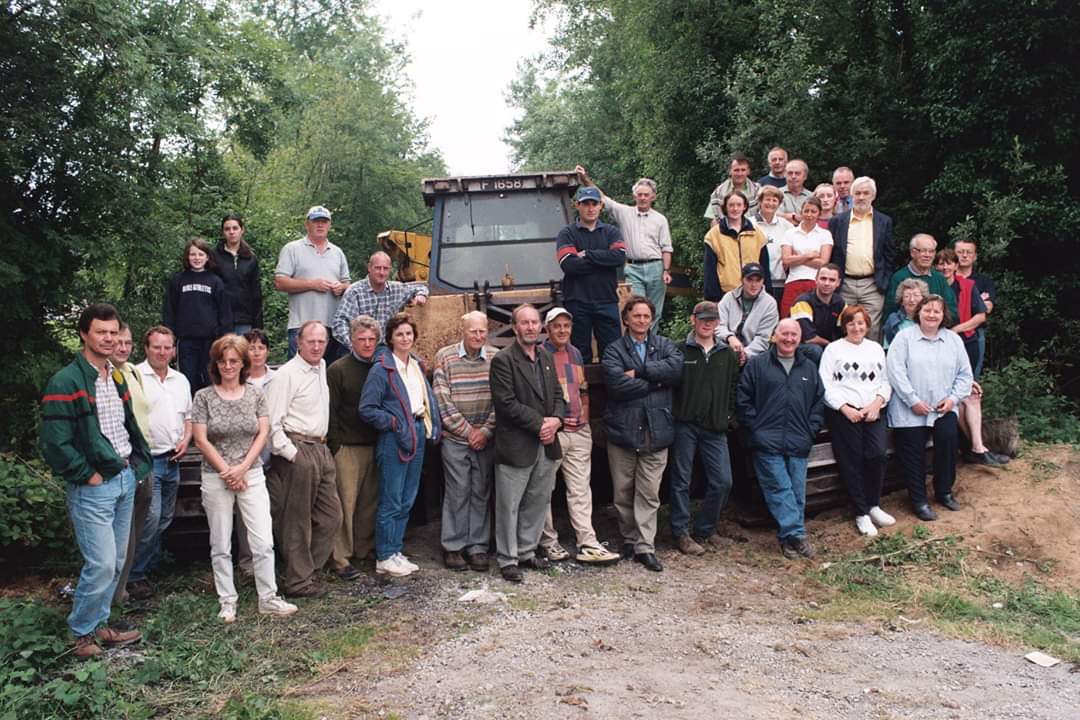 Pictured above: Original intervention by the community twenty years ago which later led to the Abbeyleix Bog Project

The Abbeyleix Bog Project is a testament to community-led conservation in collaboration with multiple stakeholders, each contributing their own set of knowledge, skills, and resources.

Abbeyleix Bog Project is also a founding member of the Community Wetlands Forum (CWF), a non-governmental organisation networking platform for community-led conservation groups to share skills, knowledge and best practice. The CWF (www.communitywetlandsforum.ie) operates as a special interest group under the auspices of Irish Rural Link (www.irishrurallink.ie) and has more than 20 community group members from 14 counties in Ireland. President Michael D Higgins was the keynote speaker at the launch of the CWFs Strategic Plan in 2017. This event took place in Abbeyleix. 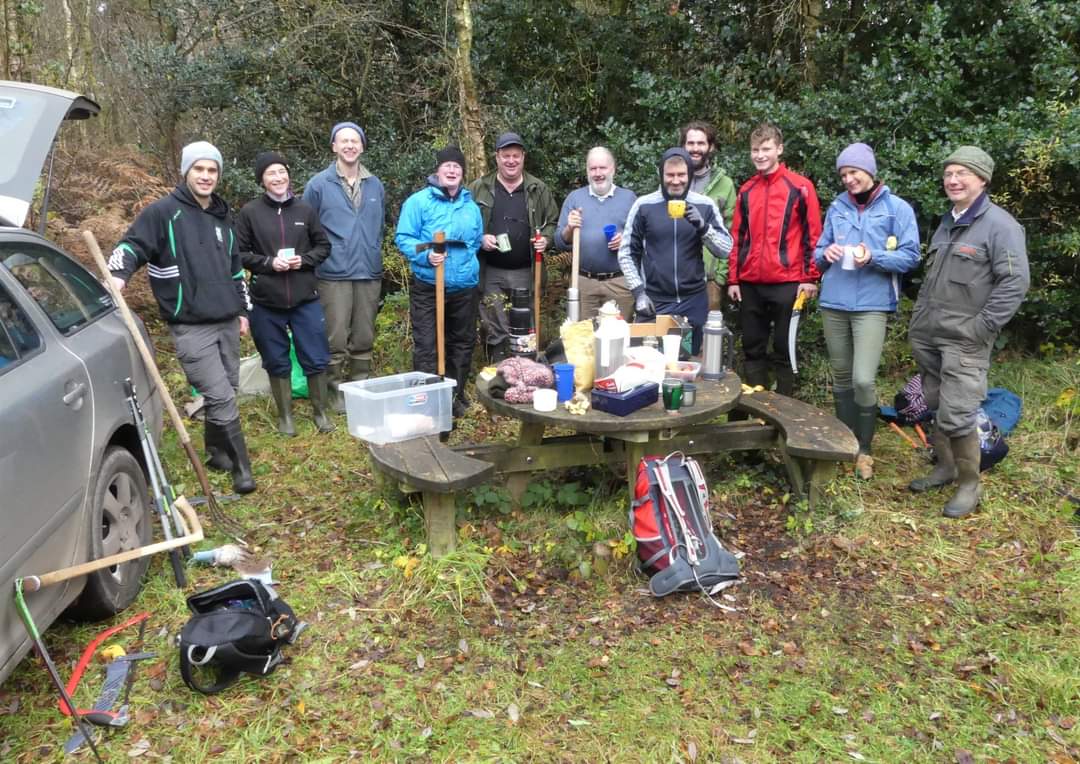 Pictured above: A group of volunteers take a break from vital habitat management work at the bog

Over the last three years Abbeyleix Bog Project has developed a proposed restoration plan for all the cutaway areas of the site. They hope they would be able to secure funding to execute this plan and are exploring various funding options.

Meanwhile a 12% growth rate in the bog regrowth and regeneration in a generation is worth celebrating. The work continues. It is a labour of love and a work in progress.

The Abbeyleix Bog Project is knuckling down for the next phase. Not just the next 20 years, but the next 100 years. 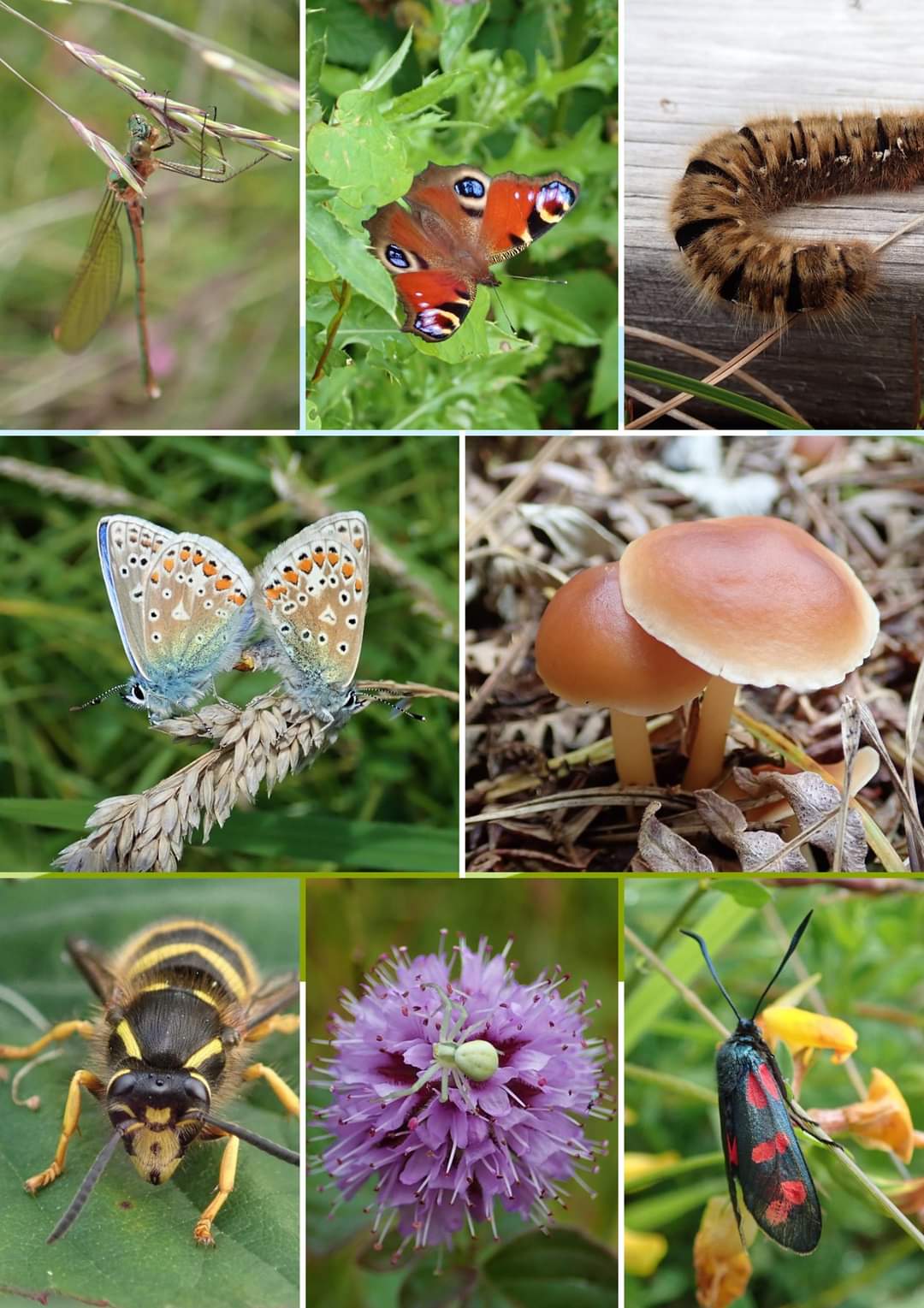 Collage of flora and fauna from the bog, by Chris Uys