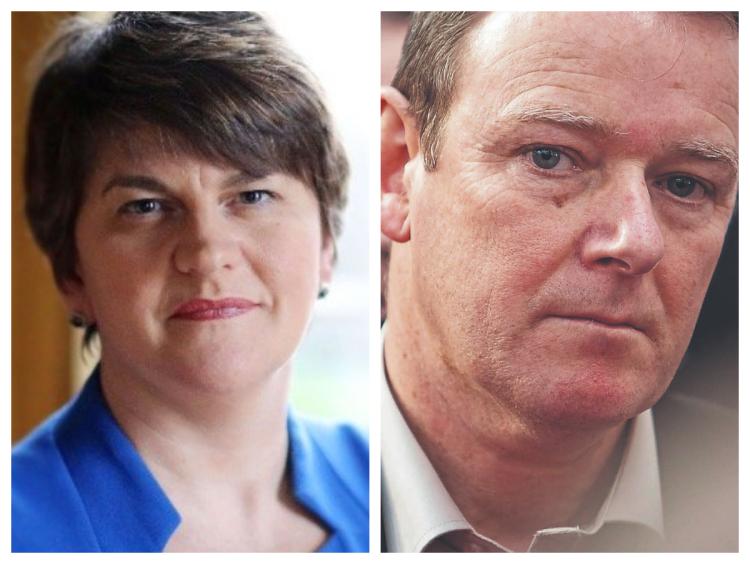 The First Minister of Northern Ireland Arlene Foster has complained in writing to the Dáil Ceann Comhairle about Laois Offaly TD Brian Stanley.

The Oireachtas press office has confirmed that communication was received on Monday, November 30 from the First Minister about Dep Stanley and is 'under consideration'.

The Democratic Unionist Party leader tweeted on Sunday that she intended writing to the Seán Ó Fearghaíl TD, at the Dáil to question Dep Stanley's holding of a senior position in Leinster House. The Laois Offaly TD is Chairman of the Dáil Public Accounts Committee.

The contents of the letter were not disclosed but the tone is likely to be similar to her tweeted response issued the day after Dep Stanley put the post on social media.

"It is outrageous that someone with such warped views can hold a senior position in the Dail. SF talk about respect and equality but there’s not much sign of respect for victims,” she said.

The First Minister was responding to a tweet from Dep Stanley about an attack by the Provisional IRA on British soldiers in 1979 in which 18 were killed.

The Oireachtas has already said that decision on who chairs the Dáil PAC rests with Sinn Féin leader Mary Lou McDonald. She has said she will not be asking him to resign.

“I apologise for the content of an inappropriate and insensitive tweet I sent. The tweet referred to the historical record and the repercussions for Britain and Ireland of these two events in the 1920s and the 1970s along with the tragedy of decades of conflict associated with the British colonisation of Ireland. I have apologised for the Tweet,” he said.