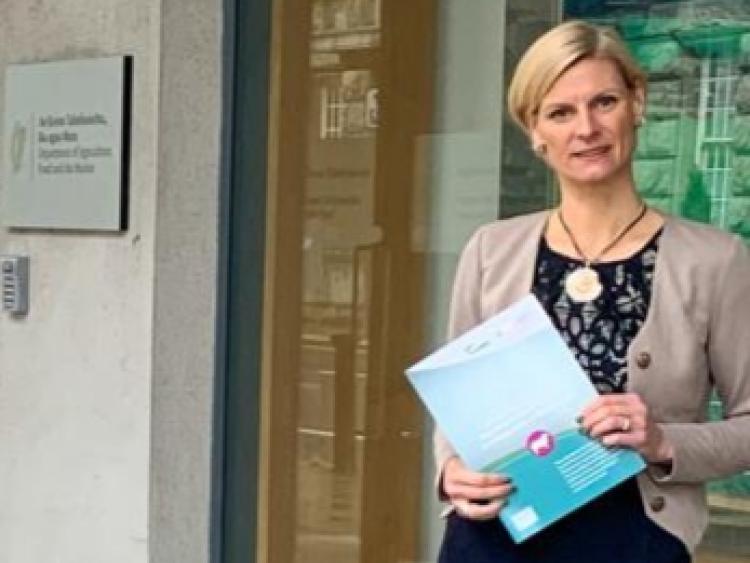 Minister of State at the Departement of Agriculture Pippa Hackett

Plans to create a Midlands Bank to pilot public banking in Ireland should be seriously considered according to the Laois Offaly based Minister Pippa Hacket.

The Green Party Minister of State who sits at Government meetings was speaking following the announcement that KBC is to withdraw from the Irish market, on foot of a similar announcement from Ulster Bank and the closure of 88 branches of Bank of Ireland

“It is clear that private banking is not serving us well, so it’s time to reconsider our options,” she said. “Public banks keep money in a community. What’s generated there, stays there, and is pumped back into new ventures or expansions,” she told Seanad Eireann on Monday, April 19.

A statement issued by the minister said public banking has long been Green Party policy.

She added that in 2018, the Local Public Banking in Ireland report examined the possibility of piloting such a bank in the Midlands, suggesting that it should be headquartered in Mullingar with branches in Tullamore, Portlaoise, Athlone and Longford.

“A full public banking system could remove the barriers to micro-businesses, who are so often turned down for credit,” said Minister Hackett.

“We’re talking about your local café or hairdresser – enterprises that we have missed so much, and that have suffered badly under lockdown. Think also of new tourism ventures like bike hire, or small local food enterprises,” she said.

Minister Hackett said public banks are already a successful part of the banking sector in 21 EU countries. She said the German system Sparkassen has been operating successfully since the late 1700s.