A former hotel in Tullamore which was the scene of a tragic and fatal drug poisoning in 2020 involving Laois homeless people is set to be converted permanently into emergency housing units for homeless people.

Housing body Sophia wants to convert Clonamore House in Tullamore into 17 housing units to provide emergency accommodation for the homeless.

The facility will provide supported accommodation to those in need and will be managed by Midland's Simon with a qualified social worker team providing support 24/7.

Offaly County Council's executive engineer John Cunningham updated last week's meeting of Tullamore Municipal District. He said there had been "a little bit of delay in getting the cost together"  but this would appear to have been resolved.

Three people died after taking contaminated illegal drugs at the hotel in April 2020 when it was being used as emergency accommodation for homeless people.

All three had been housed there temporarily. Two of those who died, a man and a woman, were from Portlaoise. A second woman who died was from Kerry but had been living previously in Portlaoise.

Gardaí suspected that they had taken drugs purchased on the dark web.

Gardaí issue warning about latest scam which may trick people 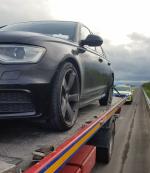