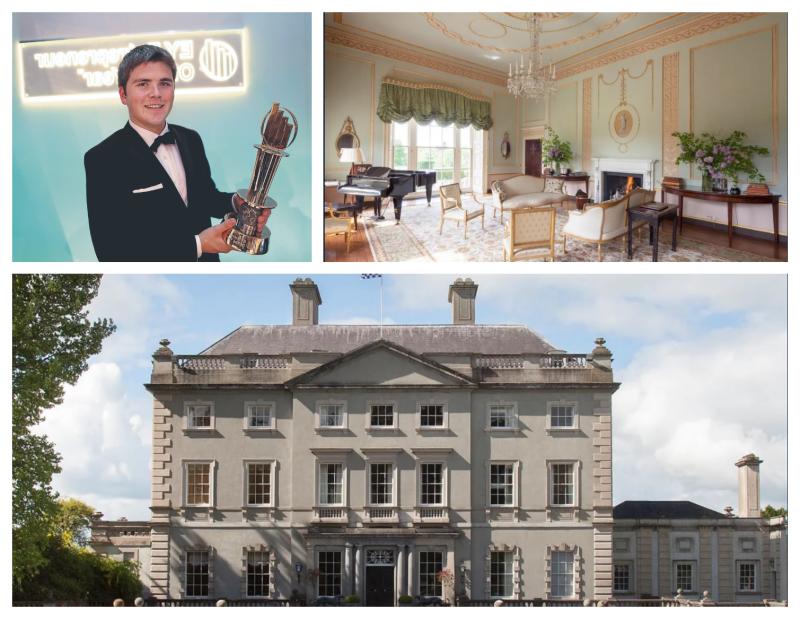 John Collision is the new owner of Abbey Leix House

The new billionaire resident of Heritage Town Abbeyleix is looking forward to life in the lovely Laois town for 'years to come' at his new €20 million home.

The Leinster Express contacted John Collison, who is the co-founder and president of Stripe, after it emerged that he had purchased the property.

Understandably, he wasn't quite ready to talk about the purchase of the mansion but his spokesperson indicated to the Leinster Express that the young Limerick man with Tipperary roots is looking forward to life in Laois.

"He's looking forward to getting to know the Abbeyleix community in the years to come," he said.

In asking for an interview the Leinster Express asked if the new owner would grant more access to the public to the grounds surrounding the house.

Whatever he decides to do on that front, the former owner Sir David Davies gave the young man his seal of approval after Mr Collison also agreed to buy the majority of its contents.

"The selection of the buyer was made because of their ambition and interest in preserving the integrity of the estate, including buildings and importantly the trees, and their ability to invest in the estate,” he said.

Collison, who is aged just 30, is a native of Dromineer, Co Tipperary but grew up in Limerick. He co-founded Stripe in 2010 with his brother Patrick. According to Bloomberg Billionaires Index, his net worth was estimated at US$11.4 billion making him one of the wealthiest people from Ireland.

Stripe is an Irish-American financial services and software as a service company headquartered in San Francisco and Dublin. The company primarily offers payment processing software and application programming interfaces for e-commerce websites and mobile applications. Elon Musk was among those who backed the setting up of Stipe.

Apart from Sir David Davies and the Desci family, Collison will join French Monks, O’More Princes, Ormonde Earls as the latest custodian of this gem of Laois.

Locals are already looking forward to welcoming the new owner.

PICTURE SPECIAL: Take a around the €20 million Midlands estate snapped up by an Irish billionaire