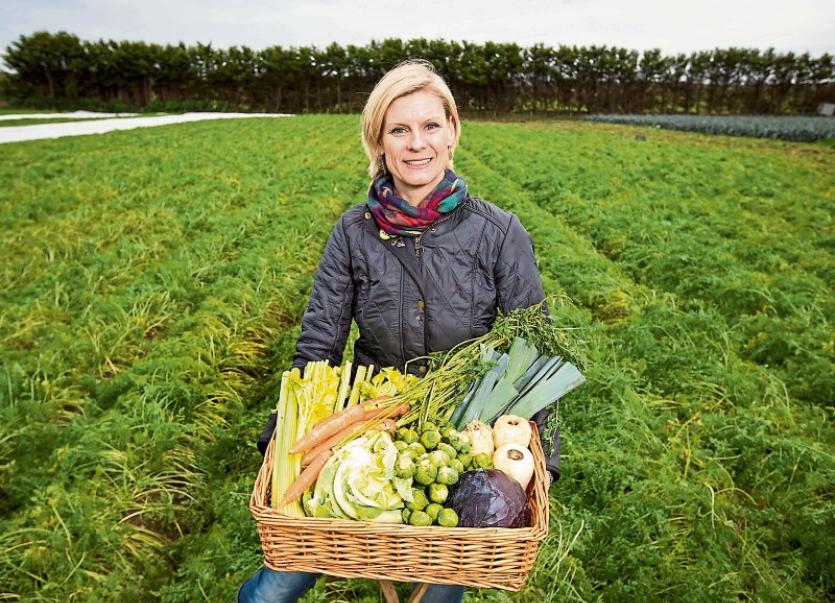 Minister of State at the Department of Agriculture Pippa Hackett

Small-scale peat extraction from bogs for Ireland's horticultural sector may be permitted according to Laois Offaly Minister of State Pippa Hackett.

The Green Party senator met with representatives from the Horticulture sector after the IFA protested at the damage to their businesses due to the ban on large scale peat extraction in Ireland.

They say it will take ten years to transition to alternatives to peat to make their sector viable. MORE BELOW PICTURE

Minister Hackett, who sits at the Government table, issued a statement after meeting representatives.

"Horticulture is a sector I am very keen both to support and to develop.  I have recently commissioned a report to identify opportunities in it and I also secured a 50% increase in funding for it from €6 to €9 million in the last budget.

"I appreciate the concerns which growers protesting today have, about supply. However I understand that a stock of Irish peat which will alleviate the immediate issue may have been secured.

"There are two quite separate issues in relation to peat.

"One is the need for smaller suppliers to achieve compliance with current legislation; the other is the availability of peat for the amenity horticulture sector.

"Peat is a finite resource, and I know the sector understands the need for transitional phasing out of the use of it. So I welcome the moves already being made towards reducing peat usage within the Sector, with most growers now using Peat blends with material such as bark fibre or coir.

"Through my department I am supporting Research and Development programmes on sustainable peat alternatives. I will also continue to be supportive of exploring all options, including small-scale extraction for the domestic commercial horticultural sector only, while they are transitioning to a peat free future, provided such extraction is legally compliant.

"I will certainly ask my colleague Eamon Ryan to request Bord na Mona to help, as appropriate, with any technical help they may be in a position to offer in this regard.

"Our bogs are among our most precious natural resources.  They are part of our precious national heritage and I want to make it clear that I believe peat extraction must stop," concluded the senator.

Green Minister calls on farmers to reduce the use of fertilisers

Horticultural growers, led by IFA President Tim Cullinan, potested outside the Convention Centre in Dublin to highlight the challenges around the harvesting of horticultural peat and the central role it plays in the sector.

“Without immediate Government intervention to allow the harvesting of peat, the Irish horticultural sector faces wipe out. The Ministers in charge here have to step in save the sector. The situation is now beyond serious,” said Mr Cullinan.

Growers displayed a 50sq metre display with their produce outside where the Dáil is sitting. It will depict the message ‘No Peat, No Produce’ to remind Government that the horticultural sector cannot supply Irish produce for consumers without peat.

“As a major segment of the Irish horticulture sector relies on peat, particularly the mushroom and ornamental sectors, this will have devastating consequences. Producers will either have to close their business or import peat, which will make some businesses unviable because of the extra cost,” said the IFA leader.

“It’s contradictory for the Minister for Horticulture to commission a report on opportunities for the horticultural sector, while at the same time the industry is facing closure because the raw material required is effectively gone,” he said.

Following a ruling of the High Court in September 2019, harvesting of peat from bogs greater than 30 hectares now requires all harvesters to go through a complex licensing and planning regime. Horticultural peat harvesting on Irish bogs has all but ceased and Irish peat supplies will be exhausted before September.

In terms of peat availability, this highly-specialised industry now finds itself at a critical juncture and if action is not immediately taken by the Government, growers will not have sufficient stocks of peat for the backend of the year. There is no viable alternative to peat at the moment.

“As it stands, we will be forced to import peat from Europe and the Baltics, which is at odds with the green credentials of the horticultural sector.”

The area of peatland required to supply the Irish horticultural industry is just over 1/10th of 1% (.12%) of Ireland’s total area of peatlands. To further compound the issue, there is a shortage of peat on the European market and growers are having their orders refused.

A Consultation Group was convened by the Minister earlier this year to find a workable solution for the industry. The group has met six times and produced a comprehensive document outlining workable solutions. This document was completed in May. However, no agreement can be reached between the political parties.