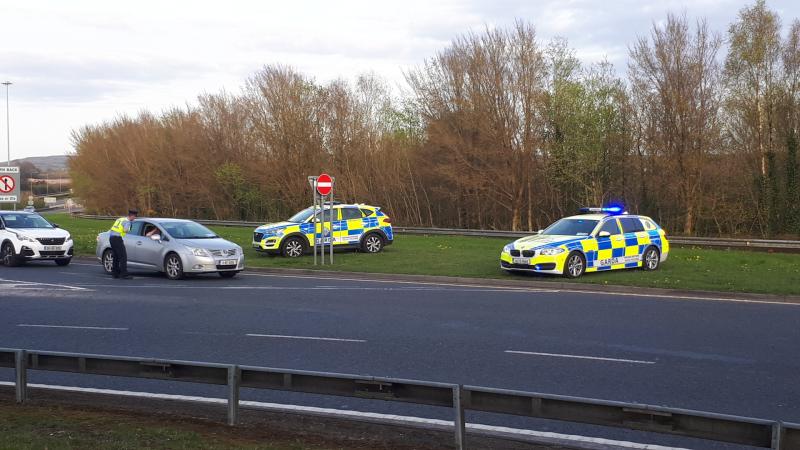 Gardai in Laois have issued a traffic alert and shut motorways after a crash at the junction of the M7 and M8 motorways which has killed one man and injured a number of others including a child .

The Laois Offaly Divison issued a warning to other motors that the roads were closed on Bank Holiday Monday after the collision .

Garda HQ said the collision took place around 7.15pm on the on the M7 southbound motorway at the junction of the M7 and M8 motorways.

A garda statement said the three vehicle collision occurred when a man in his 80s was fatally injured when his car collided with two other vehicles.  He was removed to University Hospital Limerick in a serious condition and later passed away.  He was the sole occupant of the car.

The second vehicle, the driver (male 40s) was seriously injured and has also been removed to University Hospital Limerick along with the female passenger (40s).  Her injuries are described as non-life threatening.

The third vehicle, a male driver and female passenger were removed to Cork University Hospital with nonlife threatening injuries. One child in the car was taken to hospital for treatment.

The road remains closed as Garda Forensic Collision Investigators are at scene. Local diversions are in place.

Gardaí are appealing to anyone who may have witnessed this collision to come forward. Any road users who were travelling on the M7 this evening between 7p.m. and 7.30p.m. and who may have camera footage (including dash cam) is asked to make it available to Gardaí.

Laois Offaly Gardai said the road was closed and local diversions are in place from junction 17 in Portlaoise.

The M7 is the main road to Limerick from Dublin. The M8 to Cork begins at the scene of the crash.

It is likely that the roads could be shut overnight.