Astonishing growth of problem and array of waste revealed 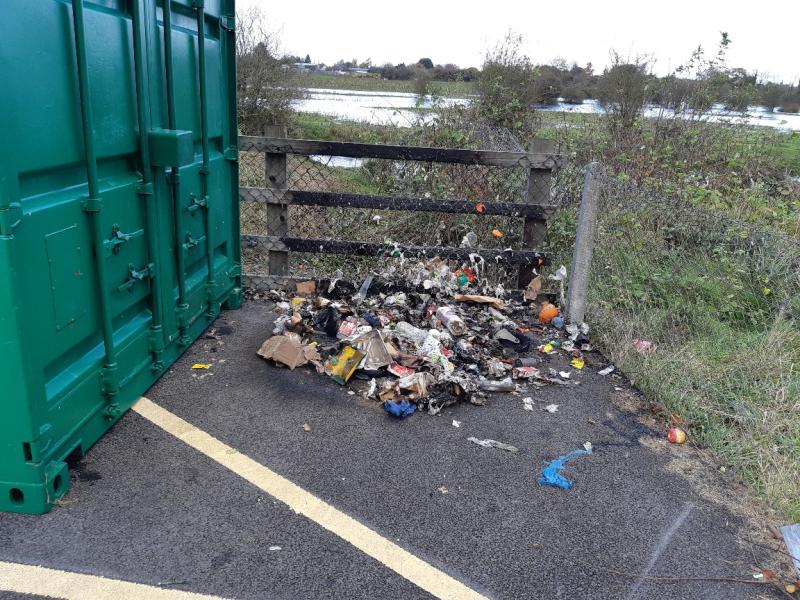 Waste disposal firms are being invited to bid for a Laois County Council contract to collect and dispose illegally dumped rubbish around the county and litter left behind at Portlaoise cemetery.

The local authority has invited bids from companies for contracts which could involve the collection of nearly 300 tonnes of rubbish each year. A council tender also reveals the figure and an astonishing rise in the scale of the problem and array of items dumped in what is one of Ireland's smaller counties.

Lot one of the tender includes the cleanup, collection and disposal waste which may include domestic and commercial waste, bonfires and waste from community clean-ups by resident associations.

The local authority adds that bulky waste may also include all WEEE materials like fridges, freezers, cookers, small electrical appliances, TVs, computer monitors and equipment. The council wants all WEEE materials to be segregated and recycled.

Tenderers have been told that the list of bulky waste is not 'exhaustive' and they must expect other types of waste in this category such as green waste including grass cutting and hazardous waste such as asbestos.

The second lot in the tender covers waste left or dumped at burial grounds. This can include subsoil, moss peat, dead flowers, weeds and domestic wastes from illegal dumping.

The council says lots will be awarded as two separate contracts each for initial periods of 12 months with an options to extend.

The successful contractors will be required to maintain and submit monthly and annual reports to the county hall. The monthly reports must say where the locations from where the material is collected and the address of the destination authorised facility.

The firms will also have to say what type of waste was collected and describe the rubbish.

The percentage of the collected waste that has been recycled, if relevant, must also be outlined.

The scale of what the successful tenderers will face is outlined by the council in figures which reveal the rapid rate at which illegal dumping has grown in Laois.

In 2017 the council says 67 tonnes was collected. This more than doubled to 162 tonnes by the end of 2018. In the last full year before the pandemic, (2019) illegally dumped waste rose to an astonishing 288 tonnes collected around Laois.

Year one of the pandemic, 2020, saw the total quantity collected fall back to 214 tonnes. Council services were scaled back due to lockdowns last year.