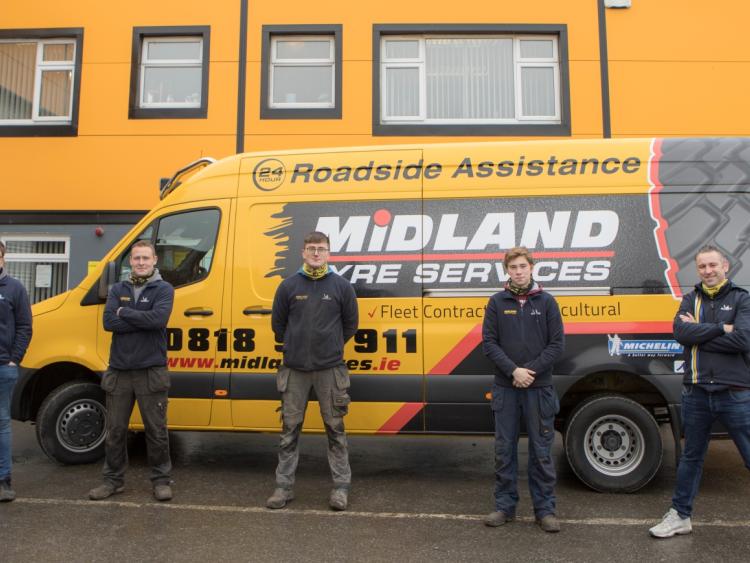 Some of the team at Midlands Tyre Services

A Laois firm has raised a phenomenal €20,000 for homeless and men's health charities.

The Midland Tyre Services team in Borris-in-Ossory has raised over €20,000 for Movember, the suicide prevention and cancer charity, and Cork Penny Dinners, which provides free hot meals for the homeless.

Individual team members raised over €10,000 for Movember by growing beards and moustaches. The sum was subsequently matched by the company. This extra €10,000 will be donated to Cork Penny Dinners.

Because the company surpassed its target, team members Bill Ryan and Frank Dwyer, who have both had beards for over 20 years, will be doing a “reverse Movember” and shaving off their decades-old facial hair at the cheque presentation event.

CEO Noel Kingston also publicly agreed to dye his moustache pink for a week if an additional €500 is raised in public donations, which will again be matched by the company.

“2020 has been an exceptionally tough year for charities like Cork Penny Dinners and Movember," said Mr Kingston in a statement. more below picture. 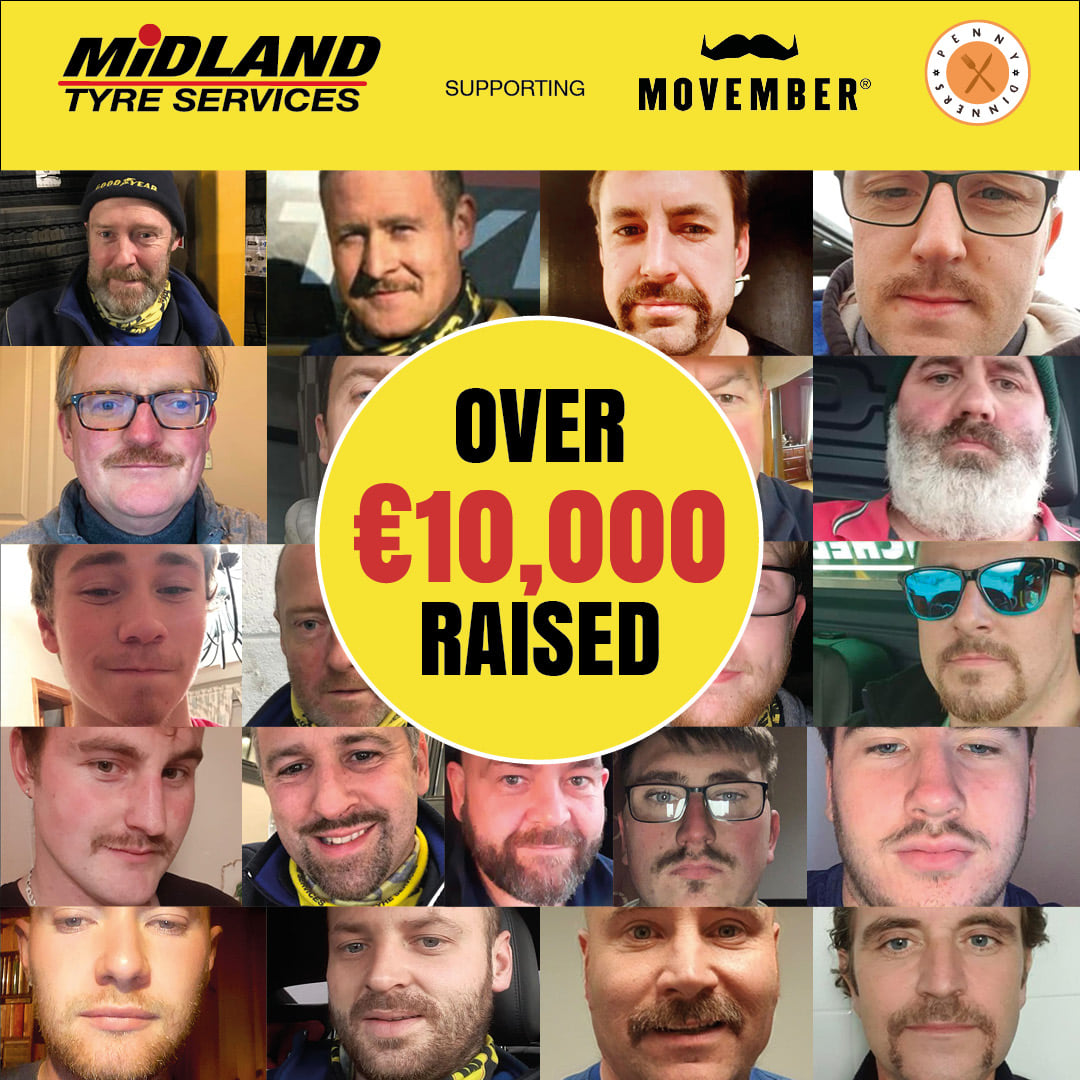 "Because of pandemic restrictions, they’ve had fewer donations and fewer opportunities to raise money. The Midland Tyre Services team was eager to support them.

“The team took to the moustache-growing challenge with real enthusiasm and good humour. The results speak for themselves. We're absolutely thrilled with the money we've raised, and we hope to continue the momentum with public donations during the rest of December.

“I want to personally thank all the Midland Tyre Service team members who participated in this Movember event and everyone who donated money, no matter how much. I also want to sincerely thank Cork Penny Dinners for their essential work supporting vulnerable people in an extremely challenging year and Movember for their work in cancer and suicide prevention.

"Also, we would like to acknowledge the great work being done by Red FM & Insight Insurance for Cork Penny Dinners through their “Donate a Dinner” fundraising initiative and are delighted that our contribution in addition to that campaign will make such a difference for the vital work done by Catriona and her team at Cork Penny Dinners”

With more than 35 employees at headquarters in Laois, Midland Tyre Services also has bases in Wexford and Dublin

The Movember and Cork Penny Dinners drive is Midland Tyre Service’s latest charitable initiative in a year that has seriously tested voluntary organisations and community services.