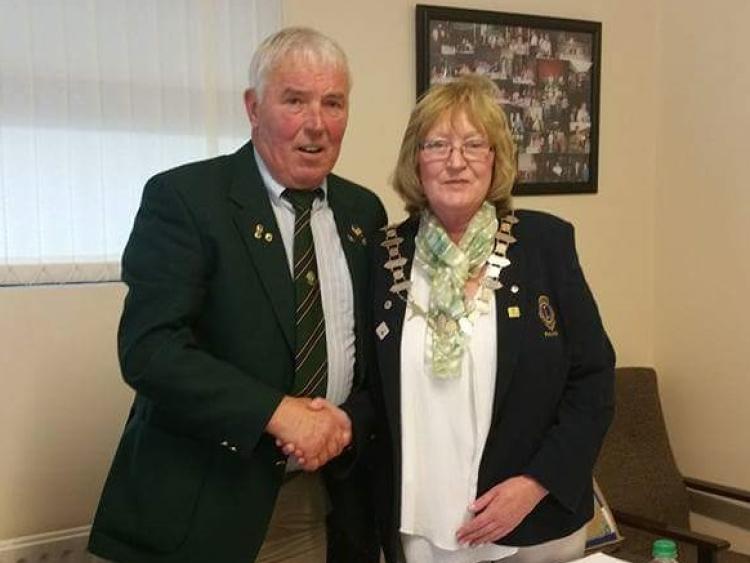 Portarlington Lions Club has elected its second female President in its ten year history, and she brings with her a wealth of community spirit and drive.

Berni Hurley is one of a large Portarlington family. She works in an accountancy business and has spent many years volunteering with Laois Offaly Spina Bifida and Hydrocephalus, and with Portarlington Senior Citizens committee.

“We fostered many children over the years, but some years ago we were asked to foster a little boy with hydrocephalus. They said he would never walk but 16 years later he is still with me and is doing great. He had two operations this year but he is walking, talking and full of energy and love,” she said.

The group is mainly one of mutual support for families.

“I got involved 15 years ago because there was not much known about hydrocephalus or spina bifida. We have members all over Laois and Offaly, they are a great bunch,” she said.

She has served as secretary of Port Senior Citizens committee for 12 years and is vice president this year.

She is delighted to have been elected President of Portarlington Lions Club, having been a member for four years.

“It is an outstanding honour, especially in the year that’s in it, with the club celebrating its 10th anniversary, and the Lions Clubs International centennial," she said.

Berni is determined to do her best for the town and club.

“My main challenge is to grow the organisation. We have 26 members at the moment, up by five recently. Members come from all walks of life, you just need to be willing to do something for your community, to work with groups and to find out where the needs are,” she said.

“Even people who are not in the Lions are a great support network, there at every event and volunteering. That’s brilliant, I understand that not everybody is cut out for meetings,” she said.

She aims to help people who find it difficult to speak up about needing help.

“I want to learn more about the people who can’t come forward, who are suffering silently. People are under terrible pressure. We need to find ways that they can reach us better, not everybody feels comfortable walking into Brian Whelan’s to drop in a letter to us,” she said.

Her first challenge is overseeing the club’s big Family Fun Day on August 13 in the People’s Park. It is a completely free day for Portarlington and surrounding areas, with bouncy castles, face-painting, pony rides, races, games and a big raffle for a trailer of food.

“It’s a day we give back every year, to say thanks. So many families come and for some it will be their only summer day out. It doesn’t matter the weather, it is always a great day out,” Ms Hurley said.

Last Tuesday, she was voted in as President at their AGM, welcomed by outgoing President Gerry Dunne.

“Gerry worked incredibly hard and had great ideas to get funds, he has a total love of Lions. I am chuffed to have been elected this year, it’s a huge honour for me, and I hope there is a great year for Portarlington ahead,” the new President said.