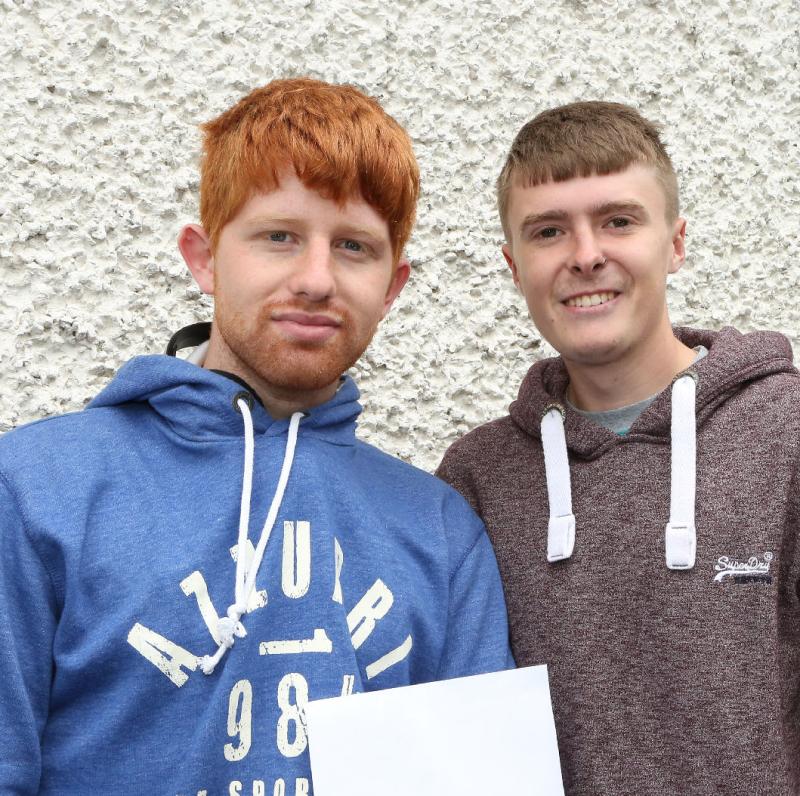 Two happy lads from Portarlington have already got their future mapped out, and it's not a conventional one.

Steven Dolan, 19 and Steven McCarthy both achieved enough points to study psychology in the Netherlands, where college costs are cheaper than in Ireland.

Steven Dolan was ebullient about his future.

"I'm feeling great, I've already been accepted into college in the Netherlands, bang!" he told the Leinster Express.

He suggests that people keep up to date with his "adventure" by following Steofella on social media.

The decision to head to the Netherlands was made after both Stevens attended the Higher Options exhibition. They have already sat the entrance exams for Radbaud University in Nijmegen.

"It's cheaper than here and I will get a grant. My parents are a bit nervous but I made an executive decision," said Steven Dolan, who only came to live in Portarlington two years ago, having lived in Cork and Kildare.

"I had no friends when I got here, but they welcomed me with open arms, it's a good school," he said.

The second Steven is from Portarlington, and likewise delighted with his results.

"I got on grand, I'm delighted. I was nervous but we've got our places. I was always into psychology, and I wanted to go somewhere different. We looked at Denmark as well because there is free education there," Stephen McCarthy said.