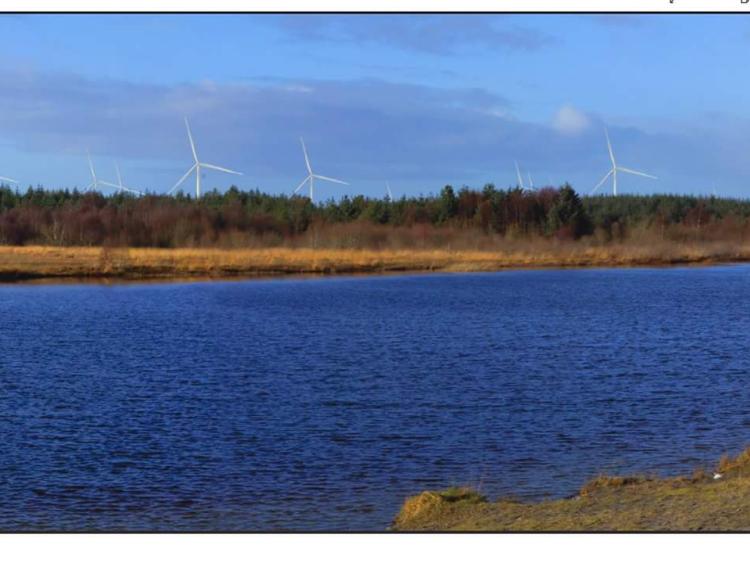 Photomontage of the proposed Moanvale wind farm, seen from Derryounce Lake in Portarlington.

A public meeting is being held in Portarlington this Wednesday night for people who may be concerned at a planning application for a windfarm close to the town, and visible from one of it's beauty spots.

The application is for a windfarm of 12 turbines close to the Laois border, visible from Derryounce Lakes. The planned turbines would have a tip height of 169 metres,  20 metres taller that Bord na Móna’s 28 turnbine windfarm in nearby Mount Lucas.

The plan includes a recreation and amenity area, an electrical sub-station, and 8km of new access tracks. Roads approaching the site would have to be widened and temporarily altered to allow for delivery of the turbines.  Trees must also be felled to make way for it.
The application if passed will stand for ten years, and the plant would have an operational life of 30 years. The total capacity would be up to 50MW, and its generated power would be sent by cable to Mount Lucas windfarm.

The lengthy application, including a 675 page Natura Impact Statement, was lodged on September 7 and  a decision is due on November 1. Any public submissions to it must be made within the next three weeks, by October 11.

Those who are organising the meeting are urging the public to make submissions in time.

“This will have a huge impact on Portarlington...especially around Derryounce Lake and the houses on Edenderry Rd and on towards Shandra. There will be a meeting with all info in the community centre on Wednesday night 8pm. It's just trying to get the word out and get people's attention. We have a very short time to get in submissions,” the Love Port facebook page has posted.

The meeting is in Portarlington community centre at 8pm this Wednesday.

It is understood that signs opposing the Moanvane development have already gone up around the affected area.

The plan can be viewed on Offaly County Council's website here. 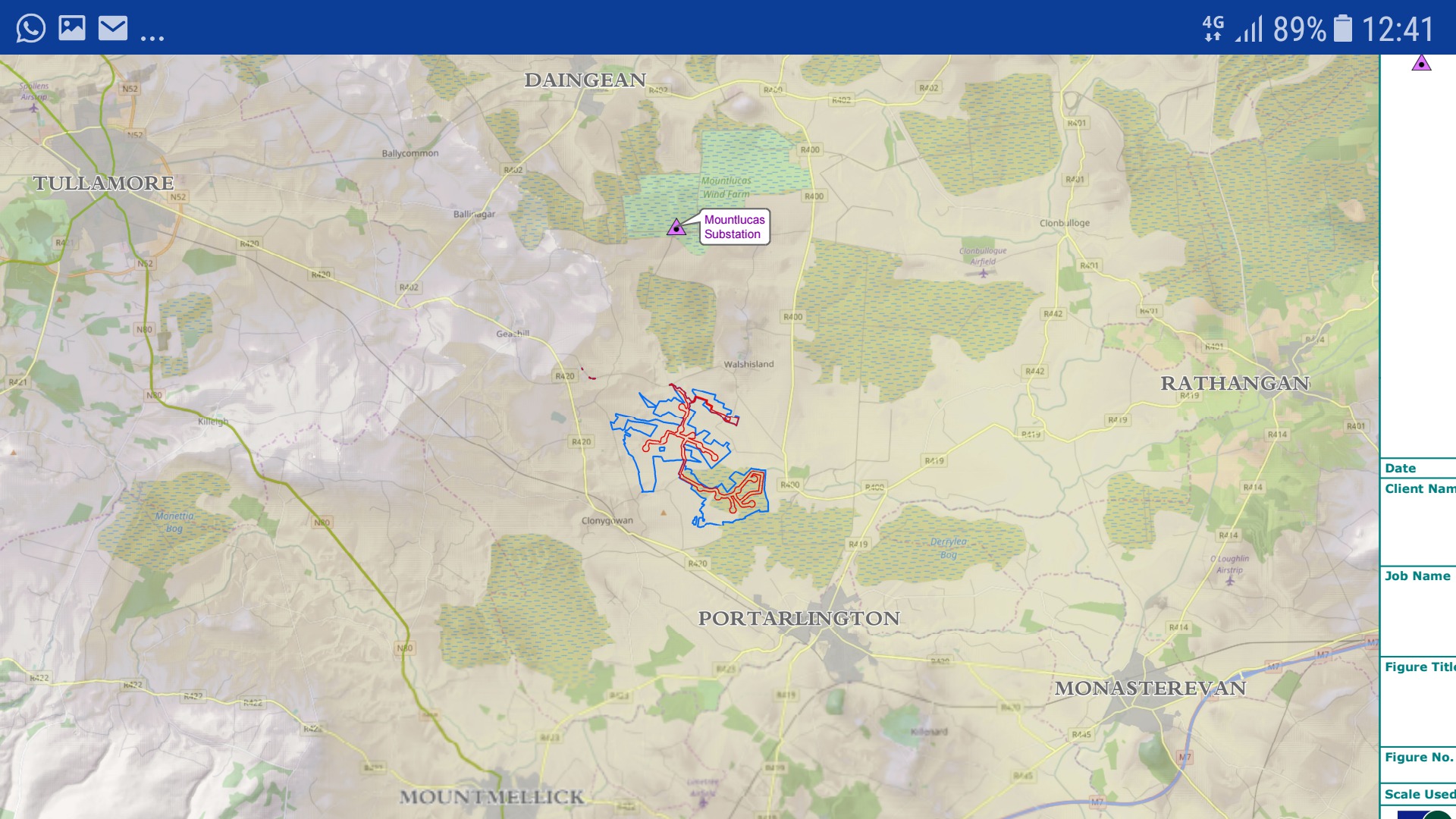