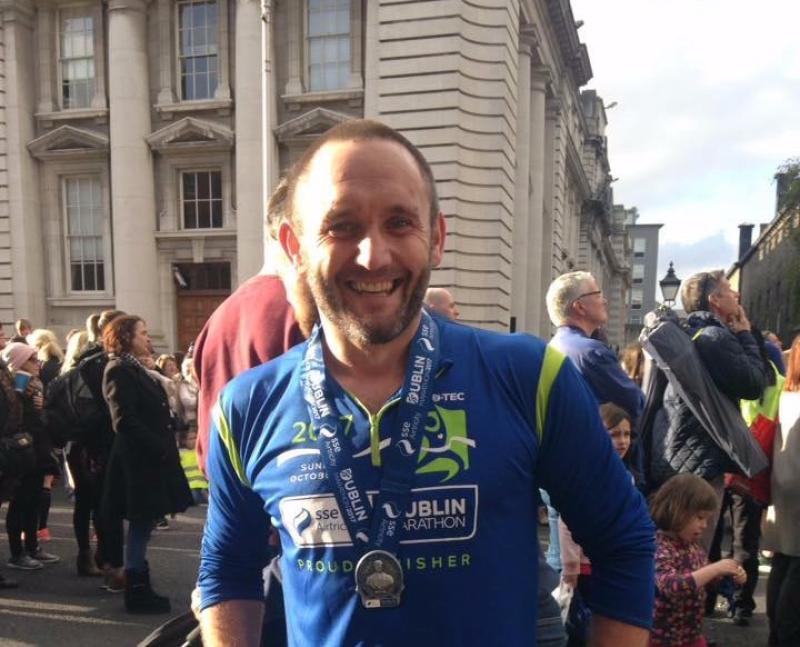 Portarlington man, Dave Eustace, spent months preparing for the recent Dublin Marathon which took place in Dublin city on Sunday, October 29. He was one of 20,000 people to take part in the 26.2 mile marathon.

Having started running with the “Couch to 5k” group in Portarlington back in March, 2016 Dave was well prepared for the marathon until a dose of the chickenpox knocked him back just 10 days before the big event.

“With ten days to go I got the chickenpox and I only got the all clear to run the day before the marathon.

“That kind of knocked the stuffing out of me a little bit but only for it was the fact that I was doing it for Ben and Jake I probably would have left it this year and I would have done my first one next year instead but it was only for the lads so I had to do it for them,” he said. 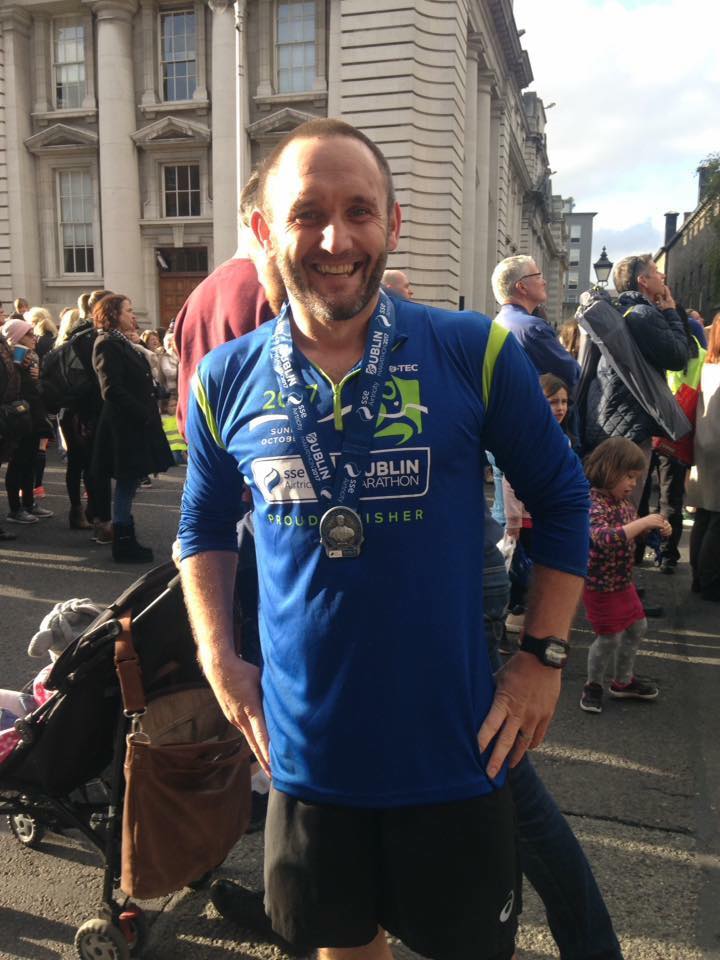 This was the first time Dave took on the huge marathon and set himself the target of completing the race in four hours before he became sick. Despite not being well, Dave came very close to his target smashing the 26.2 miles in four hours and 28 minutes.

The Ben and Jake Connolly trust has been close to Dave and his wife Deirdre’s hearts for the last few years.

“My wife is on Facebook, she was the motivation behind the whole lot and it has been a cause that is very close to our hearts for the last couple of years.

“I have a colleague in work who is close to the family and that decided for me really and it is a house that is going to continue to give back to the community.

“I just think it is brilliant and they don't get the acclaim they deserve for what they are doing,” he said.

With the help of his family, friends and colleagues Dave raised over €1,000 for the Trust.

“I just thought a little bit of help from me now I was just delighted to help a little bit. I raised just over a thousand euro.

“All of the money came from sponsorship, in fairness a lot of my colleagues where I work in security gave me a lot of sponsorship and family and friends to boot. 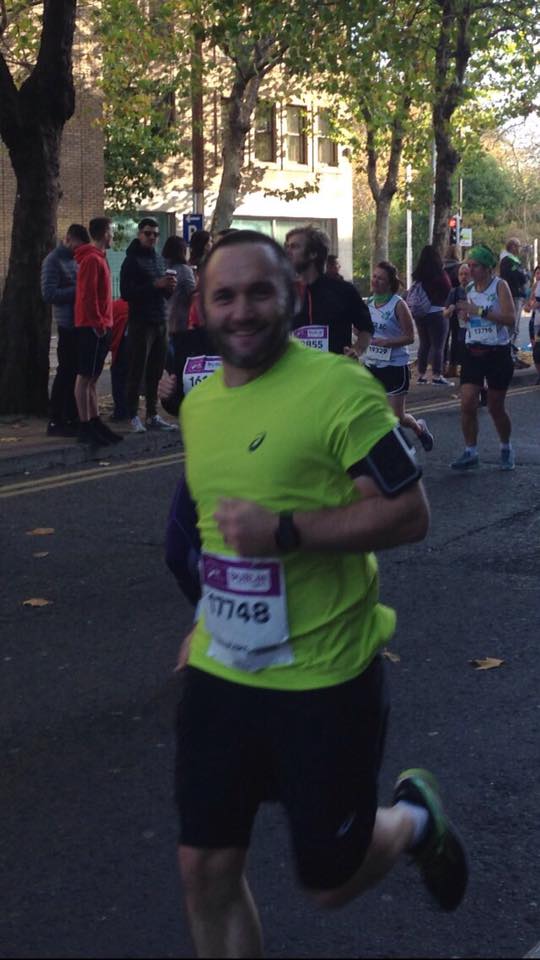 There was fantastic support for Dave in Mountmellick where The Ben and Jake Connolly trust is based, in Portarlington where Dave is from and Portlaoise where he works as the communities pulled together to get him over the line for the worthy Laois charity.

The money Dave raised will be presented to the Trust and it will go directly towards the completion of a house that is being specially built to cater for Ben Connolly’s needs. 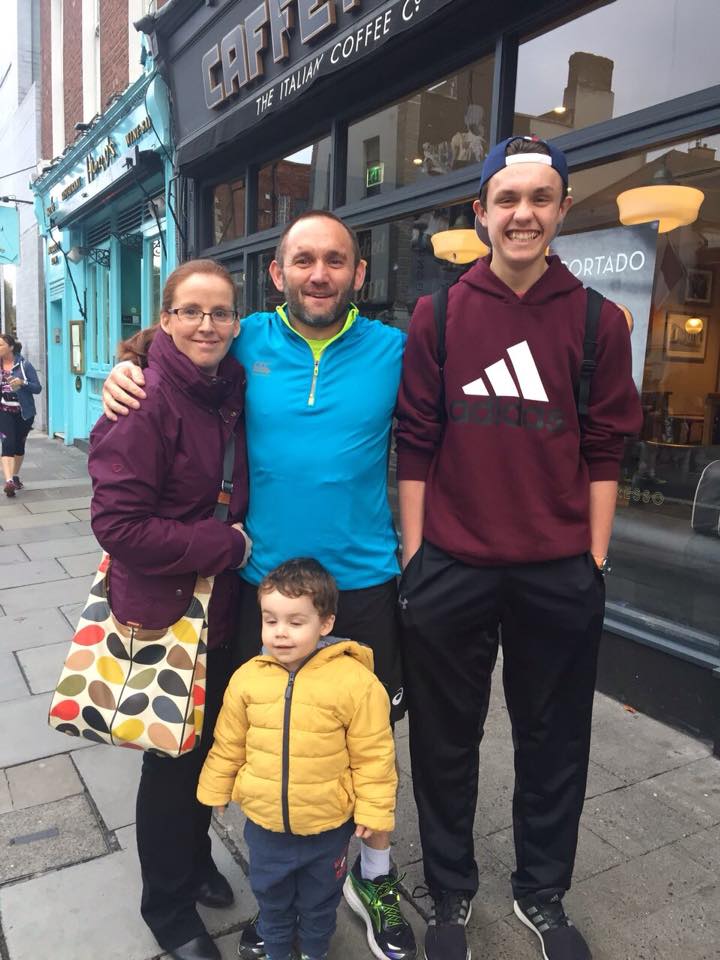 Ben and his late brother Jake are two brothers from Mountmellick who were born with a rare syndrome that only affects boys called Allan Herndon Dudley Syndrome. Jake sadly passed away in January, 2016.

The legal charitable Trust has been created in Ben's and Jake's name to raise funds to build a house fully adaptable to their current and future medical needs.

Despite the fact that Jake passed away in January, 2016, the Trust is now more determined than ever to make this dream a reality in memory of Jake.

The Ben and Jake Connolly Trust website describes why this house matters so much.

“Unfortunately, the sad truth is that Ben will join his brother. When this time comes, the house will pass back to the Trust and be made available for another family in our community whose child or children have special needs.

“Quite simply, this house will be a home that keeps on giving.

“The house needs to be built fully adapted and functioning centered around the needs of children such as Ben as he is totally incapacitated.

“The house has been designed in such as way that Ben will have full access to the whole house, have the current and future medical aids (ceiling hoists, oxygen etc) and space for his vast amount of medical supplies (feeding tube equipment, syringes etc along with back up mobile hoist), a wet room for washing and changing Ben, adequate room for his bed, specialised chairs, and a full sensory room,” the charity states.

Laois Abroad: Rory Flood never expected to be living and working in Egypt.