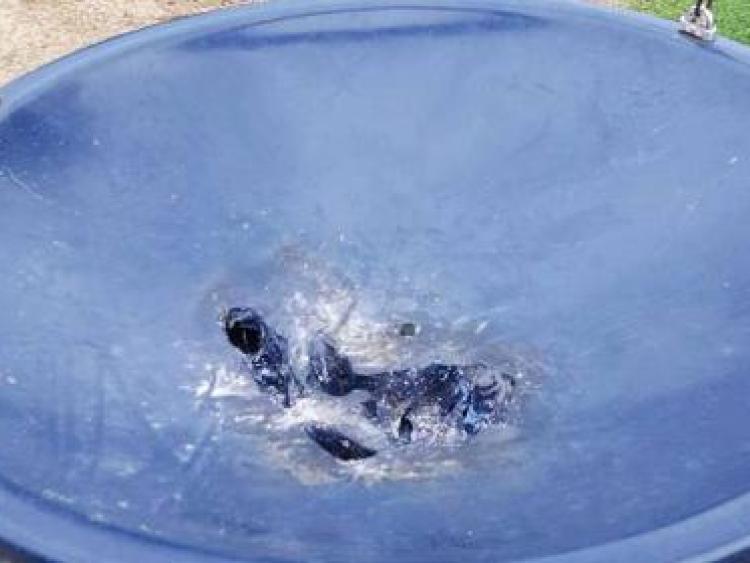 "CCTV can change behaviour" this is the message Cllr Aidan Mullins will bring before Laois County Council on Wednesday at the Portarlington/Graiguecullen Municipal District meeting.

Portarlington public park and playground has been vandalised by mindless thugs recently and Cllr Mullins will attempt to deter these vandals by asking Laois County Council to install CCTV cameras in the children's playground.

"The CCTV is an attempt to address vandalism and anti-social behaviour, there is vandalism in the playground, damage and fires on seats and swings. CCTV would act as a deterrent, the public have said this.

"CCTV is cost effective and it is a visible deterrent, CCTV can change behaviour. There are beer cans lying around so these are adult teenagers, local thugs, idiots," he said.

There has been anger in the community of Portarlington following the recent vandalism and the public have not been shy in suggesting ways to combat the vandalism.

Cllr Mullins has said that people suggested fencing off the park but he does not think this would make sense.

"Some members of the public have suggested fencing it off altogether but that is not practical, you would have to have opening and closing times then and it would look like a prison," he said.

Cllr Mullins has experienced the imitating behaviour of these vandals who hang around the park in gangs.

"This anti-social behaviour is happening when children are in the park and it is driving the children out of the park with 16/17 year olds taking over. It is a wide open park for everyone to use and that is as it should be. It just takes a few idiots to destroy it for everybody," he said.

See pictures of the vandalism at Portarlington Park here.

The issue of lighting in the car park beside the playground and behind the Leisure Centre will also be addressed at the meeting. Cllr Mullins said that all of the public lighting cannot come out of councillor's discretionary funds as it is expensive.

"We have looked for lights for the last two years or more, it is a centre for lots of amenities with the park, leisure centre, creche and more.

"There is no public lighting when they built on to the car park there was no provision for public lighting. The additional car parking spaces cannot be used at nighttime, they are going to be left idle for the winter. The car park beside the playground is not lit so there is double-parking and it is choc-a-block.

"They don’t have the infrastructure there. I had a light put in last year, one light from my discretionary funds.

"It cost €3,500 to install one light, all of the lighting cannot come out of councillors discretionary funds. If that was the case we would spend the next ten years of discretionary funding on lighting alone. The council should be providing it.

"It shouldn’t be discretionary funds used for all public lighting," he said.