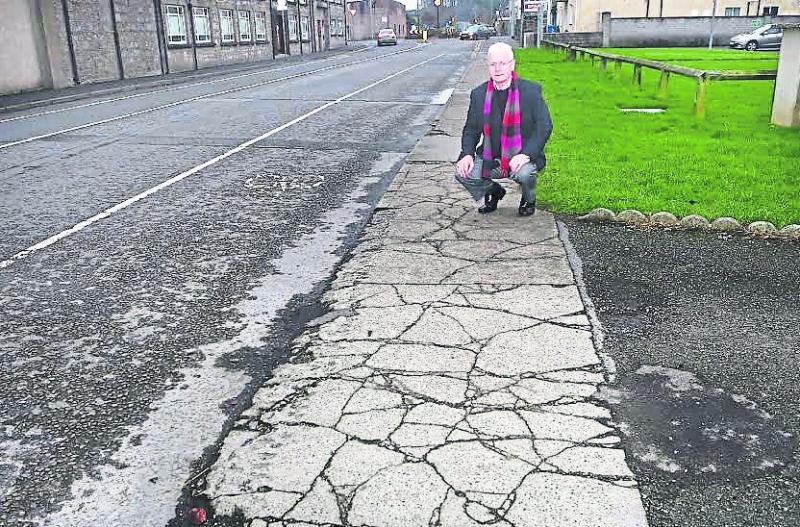 Work is set to get underway on the repair of nearly 4kms of footpaths in Portarlington in 2018, according Laois County Council.

The issue was raised with officials recently at the the Graiguecullen Portarlington Municipal District where Cllr Aidan Mullins asked when the path repairs would start.

He was told it would begin next year and some of the bill could be covered by an €880,000 refund to Laois from the council’s insurers, Irish Public Bodies.

“If this fund doesn’t materialise, our intention is to start anyway,” the Head of Finance Gerry Murphy said.

Cllr Mullins was given a reassurance that the undergrounding of cables from the square down through Main street would also be co-ordinated with the same footpath repair works.

The council insurance company’s rebate totals €2.65 million over the next three years, of about €880k a year. It is directed to be spent in areas of potential insurance claims to the council, such as public footpaths, over a three year period.

An estimated 2.7km of footpaths in Portarlington are in need of repair. The town lost out on many years of footpath funding, as only Portlaoise and Mountmellick had Town Councils which got extra cash for repairs. Town councils were replaced by three Municipal Districts across Laois in 2014.