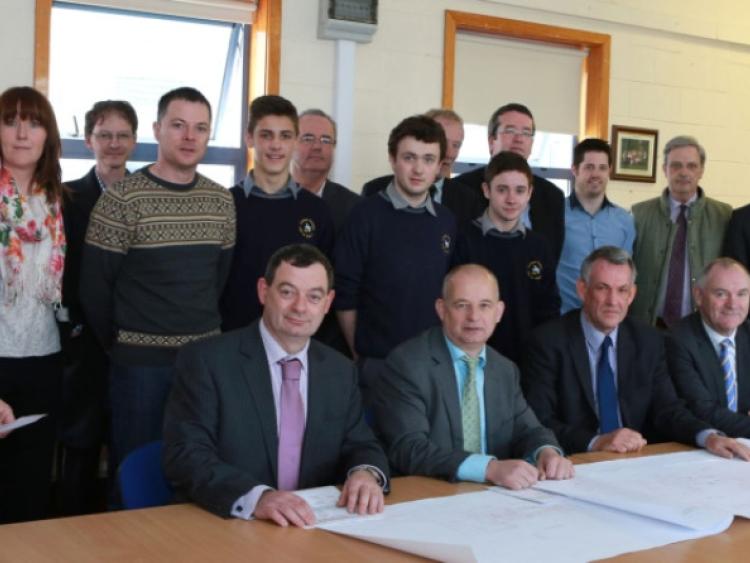 Plans for a big redevelopment of Portarlington's secondary school are going back to the drawing board for a third time.

The Department of Education and Skills updated the Leinster Express on the status of plans to build a new home for Coláiste Íosagáin which serves big parts of north Laois and Offaly.

The latest change in plan is that the school will not be built to accommodate 1,300 students. The downside is that the project remains at the first stage of development for more than five years since a design time was appointed. It marks the third attempt at design since 2014. Kennedy Fitzgerald Architects began work on designs in April of that year.

In a statement, the Department confirmed that the major project for Coláiste Íosagáin, Portarlington is at Stage 1 of architectural planning. It said this entails the preliminary design of site and location suitability and initial sketch scheme.

The Department said a revised Stage 1 submission, including an up to date cost plan, was requested from the Design Team following an increase in the schedule of accommodation to cater for up to 1,200 pupils. The Department said that submission has been received and a review has been completed with comments for action issued to the school and its Design Team.

"Following this review, the Department will then be in contact with the Board of Management of the school with regard to the progression of the project. This project is included in the Department’s Construction Programme which is being delivered under the National Development Plan," said the statement.

Fine Gael TD for Laois and Kildare South Martin Heydon received a similar update from the Minister for Education and Skills Joe McHugh.

“Following a number of meetings with management and staff at Coláiste Íosagáin facilitated by Cllr Tom Mulhall, I have pushed for progress on a new school building for the Portarlington school.  I still believe this is the best solution to the capacity issues in the town," he said.

Concerns had been raised by Fianna Fáil TD Fiona O'Loughlin about the lack of progress with the project in recent weeks.

The proposal is to knock most of the existing school and remove prefabs. New buildings will be built on a phased basis.

The first phase of redevelopment involves the construction of a two-storey extension. After pupils move in, the oldest part of the school, a 40-year-old one storey building, will be knocked.

School Principal Seamus Bennett told the Leinster Express in January 2017 that the school was 'bulgin' but he hoped work would begin that year.

The work is required because of a shortage of space in the school which has had to accommodate a big rise in pupil numbers in recent years due to rapid population growth.

The Kildare TDs have become involved because Portarlington and surrounding areas have been relocated to Kildare at the next General election.