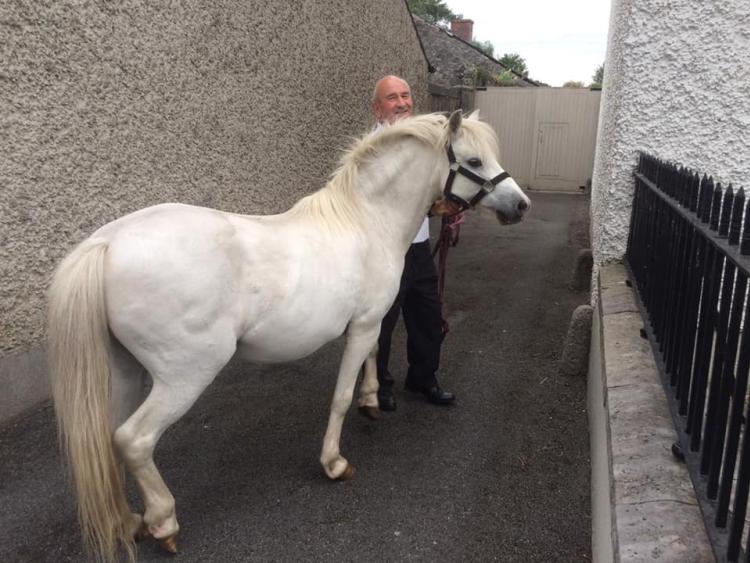 The white horse found in Portarlington

A beautiful white horse found wandering in Portarlington has locals wondering if their new Into The West street mural has come to life.

The white horse was found outside St Michael's Church on Monday July 8.

The Hawthorn Bar posted a photo on Facebook to ask if anyone knows the owner, and the comments are gas.

"He came back to see the mural ," said Bernie O Sullivan.

Rory McEvoy posted this GIF from the Into the West movie, which was partly shot in Portarlington, and featured Gabriel Byrne as dad to two young Traveller lads who ride their magical horse across Ireland to the sea.

"Where are you going with your fetlocks blowing in the wind?! ," said Vanda Delaney.

"Was cows at gala yesterday,now a horse going to church the weather must be getting to all the animals in town this week ❤️hope owner is found," said Bernie du Moulin.