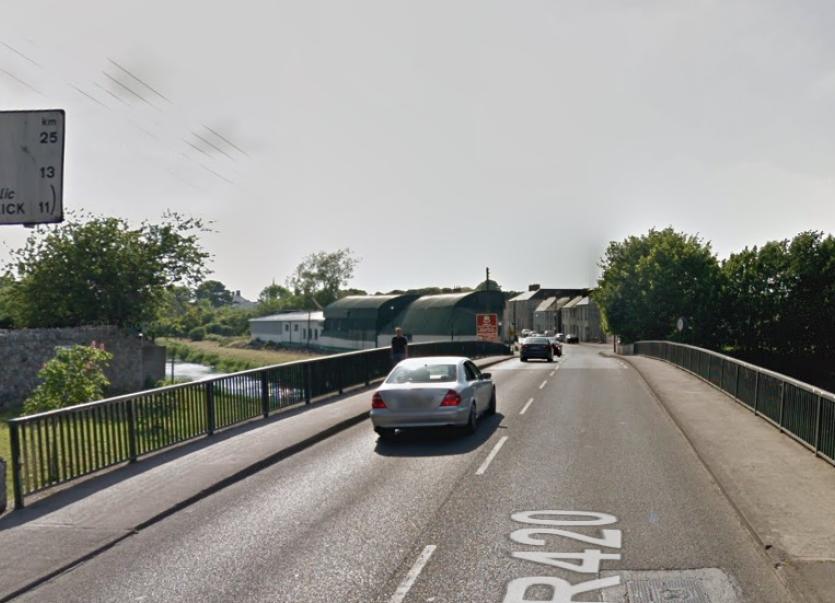 The bridge over the River Barrow at French Church Street Portarlington received new rails, lights and paths. Everything is finished but the lights.

The spotlight has been shone on the ESB by a Laois county councillor for all the wrong reasons right on the Laois Offaly border in a town which once generated electricity for the company.

Cllr Aidan Mullins was scathing in his criticism of Ireland’s State-owned electricity company for the delay in connecting the ‘new’ public lights on the Barrow Bridge which connects Laois to Offaly.

“It is about a year (since they were erected) and we are still waiting for them to be connected. I am asking and asking,” he said.

Cllr Mullins claims he has received many promises the power would be switched on but none came to fruition.

“Now it’s November and its pitch dark on the Barrow Bridge. We are just waiting for a connection,” he said during the recent Portarlington Graiguecullen Municipal District meeting.

“The whole town is talking about it,” claimed the Sinn Féin councillor who is based in Port.

Cllr Mullins said it had taken up to four years for the company to connect lights in the town’s square.

“We need to go up a few levels and kick a few shins because we are not going to wait another four years,” he said.

He said the company is too powerful.

"They have a monopoly. They can do what they want," he said.

Cllr Aisling Moran believes that Laois County Council should have one point of contact in the ESB with whom the council and councillors can liaise with lights.

She added that there should be a law which forced them to do the work if they have been paid.

Cllr Padraig Fleming said he deals with issues in Laois and Kilkenny and has different experiences.

“Different counties have a different attitude about public lights. There is often a terrible delay turning on lights,” he said.

He wondered if the reason was to do with the ESB responsible Offaly side of the town delaying work.

“I have found that the general response of the Laois area has been a lot slower,” he said.

He added that the ESB has already been paid for the work.

Cllr Gerry Murphy, Laois County Council’s Director of Finance, said he would have an answer for councillors at the November meeting of the Municipal District.

The lights were installed as part of a big overhaul of the border bridge. Paths, new railings and lights were all installed. All the work is done except for the ESB switch on.