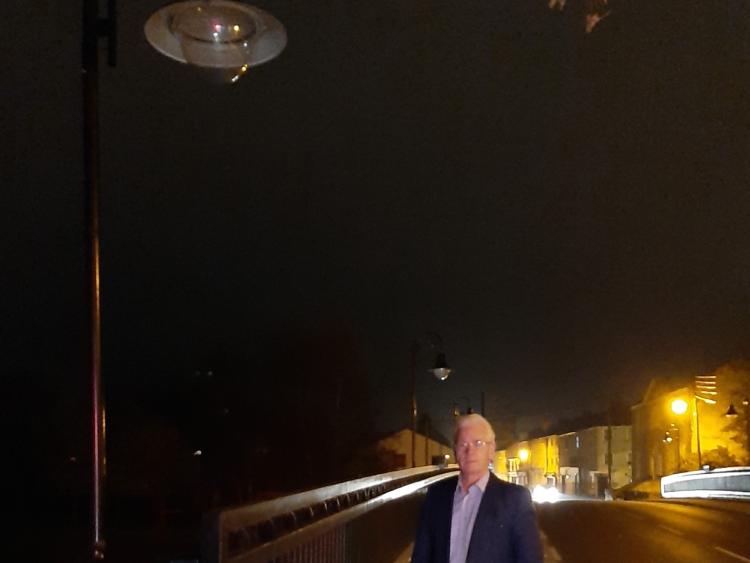 Cllr Aidan Mullins at one of the unlit lights in Portarlington

Light could soon be shed on the long-running Barrow Bridge street lamp saga in Portarlington with progress also in the pipeline on lights that have stood unlit elsewhere in the town for four years.

Laois County Councillor Cllr Aidan Mullins told the Leinster Express that work to connect new lighting on the refurbished bridge that links Laois and Offaly has been completed by the ESB in recent days.

The Sinn Féin councillor for the Portarlington Graiguecullen District said he has also been informed that there will soon be light.

"They have now connected the supply to the lights on the bridge. The Council's contractor has to come back to switch them on - it will be early next week," said Cllr Mullins.

Cllr Mullins had raised the issue a number of times with Laois County Council who informed him that they were awaiting the ESB to connect the new bridge lights.

He said refurbishment work on the bridge began in August 2017 at which point ESB would have been alerted to the need for them to be involved. The civil works were completed in February 2018.

Some defects were addressed in 2018. The lighting was installed in early 2019. But as of last week, the lights are not connected.

The council said that ESB is paid in advance for all the work it agreed to carry out in the town.

After the most recent Portarlington district meeting, the Leinster Express contacted the ESB.

In reply, it said interactions have been ongoing with Laois County Council and the lines of communication remain fully open in relation to various projects, including completion of the bridge. It also clarified that it does not erect lighting any longer.

It said connection work was delayed due to corrections required on civil infrastructure installed by Laois County Council’s contractor which have now been addressed.  The company said these corrections were required prior to ESB Networks taking possession of this infrastructure, due to potential safety hazards located on public footpaths.

It said that on June 5 2020, ESB Networks engaged with the council outlining to them that works by the contractor working on their behalf which had still not been rectified.

"These issues were rectified by the contractor in July 2020 - this allowed us to complete some of the work in August 2020," it said.

Cllr Mullins added that an ESB official informed him that Covid restrictions delayed the works in the Square which they will return to. Lights have been standing on the Square unlit since 2016.

The company told the Leinster Express that ESB Networks completed a significant portion of the work associated with the Portarlington street lighting project in early August. It said they utilised existing planned switch-outs in Portarlington associated with network repairs following lightning damage on June 18, 2020, to minimise disruption to customers.

The company said the COVID-19 lockdown in Co Laois late August and the current level 5 restrictions leave work in urban areas difficult to carry out while complying with the Covid-19 restrictions.

"With public health guidelines a priority, the most appropriate time to complete this work will be after lifting of the level 5 Covid-19 restrictions, currently scheduled for December 2," it said.

The company said ESB Networks Portlaoise staff have a very heavy schedule of work serving the Laois area, providing new connections to significant social housing developments before year-end, as well as key employers such as Supermacs, Glanbia and Greenfield Global in Portlaoise.

It said almost 600 new connections delivered by ESB Networks Portlaoise Staff up to end of October 2020.

The council has also been trying to engage with its plans to underground cables in the town. The council is laying new ducting under the new footpaths to facilitate the ESB. Cllr Mullins also claimed that involvement with the ESB was proving difficult.

However, the company has been given some breathing space as work on the paths has been delayed. Cllr Mullins said Laois County Council's Area Engineer confirmed to him on Friday that works on the new footpaths on Main Street have been postponed until after the Christmas period. He said this is to ensure that there will be no disruption or inconvenience caused to pedestrians or traffic in the town during Christmas shopping. 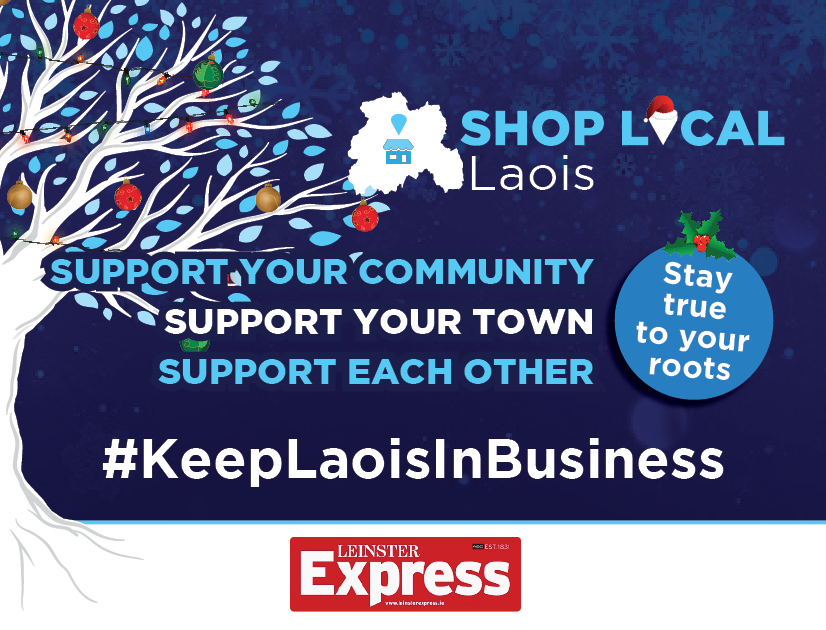