Councillors have seen the proposals for Laois Offaly town 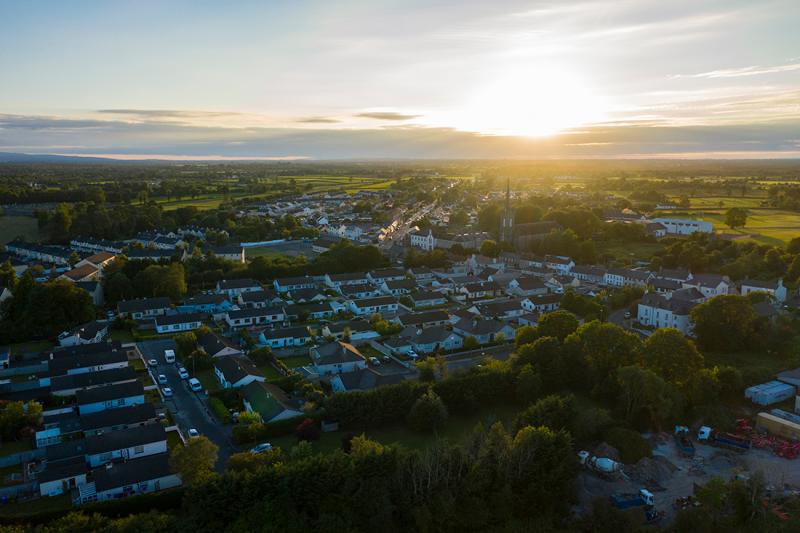 A new blueprint to breathe new life into the heart of Portarlington could be implemented relatively quickly if money is put on the table to allow it to happen, according to a local councillor.

In the past week, Laois County Councillors were briefed on the contents of the draft plan for the Laois Offaly border town. Asked about the meeting Cllr Aidan Mullins welcomed completion and believed much of what is contained is achievable.

He said Downey Consultants, who prepared the Draft Report on the Regeneration of Portarlington, delivered a summary at an online but behind closed doors meeting of the Portarlington/ Graiguecullen Municipal District.

Asked about the contents by the Leinster Express Dep Mullins said he was restricted from revealing full details but he was confident that it can be delivered.

"As the Report has not been officially released publicly I’m prevented from going into the details contained in it. As can be expected the focus initially will be on the restoration of the Market House and public realm in The Market Square.
While it is a 10-year Regeneration Plan,  I believe the majority of the report can be implemented over the next 2 to 3 years and the Council is committed to sourcing the required funding to achieve this," he said.

The councillor said Other obvious areas addressed in the plan include streetscape upgrade, facade enhancement, lighting, landscaping, derelict buildings among other recommendations.

The Sinn Féin representative said there were over 130 submissions.

"This clearly shows the huge amount of interest and support there is in the community for the regeneration of Portarlington," he said.

The plan will be presented to the Edenderry Municipal District Offaly county councillors and officials in a joint in-committee meeting next Tuesday, April 13 following which the report will be made public for further comment.