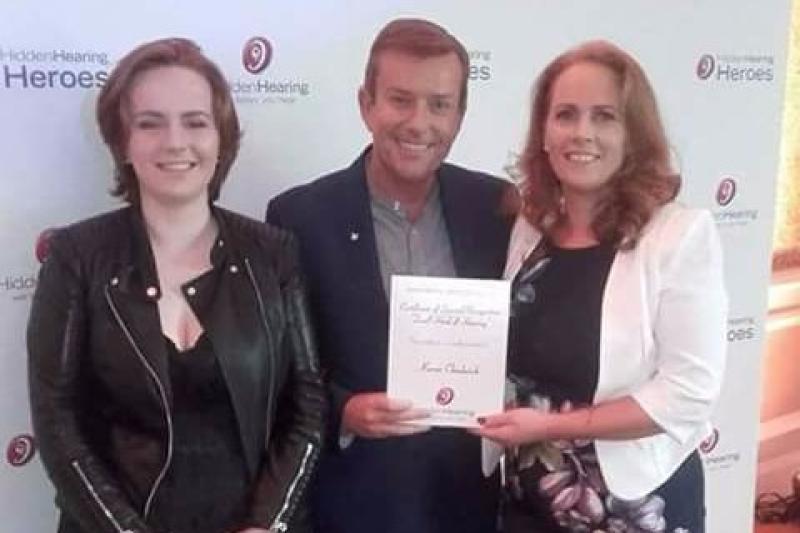 A Portlaoise woman, Karen Chadwick, has been honoured with a Hidden Hero Award in the Deaf/Hard of Hearing category for outstanding work in the community.

Karen was born deaf in one ear and suffers from TMJ Disorder, tinnitus, hyperacusis and deafness in her other ear.

“I can’t hear high pitches I can only hear the lower frequencies but the hyperacusis means that the small bit that I can hear is extremely loud, it is being amplified in my head but it is just noise, it is not clear sound,” Karen explained.

She does not know if or when her hearing will go completely. Karen decided to look into sign language courses but found that they were very expensive and were only held in places like Dublin, Cork and Limerick.

“I organised a group that would come up and learn sign language together from apps and Facebook videos, YouTube videos and things like that but it got to the point where we had done them all, we knew things like the colours the alphabet but then it was like how do you put these things into sentences? How do you connect it all and actually have a conversation? So I found a tutor who comes up and gives us classes.” 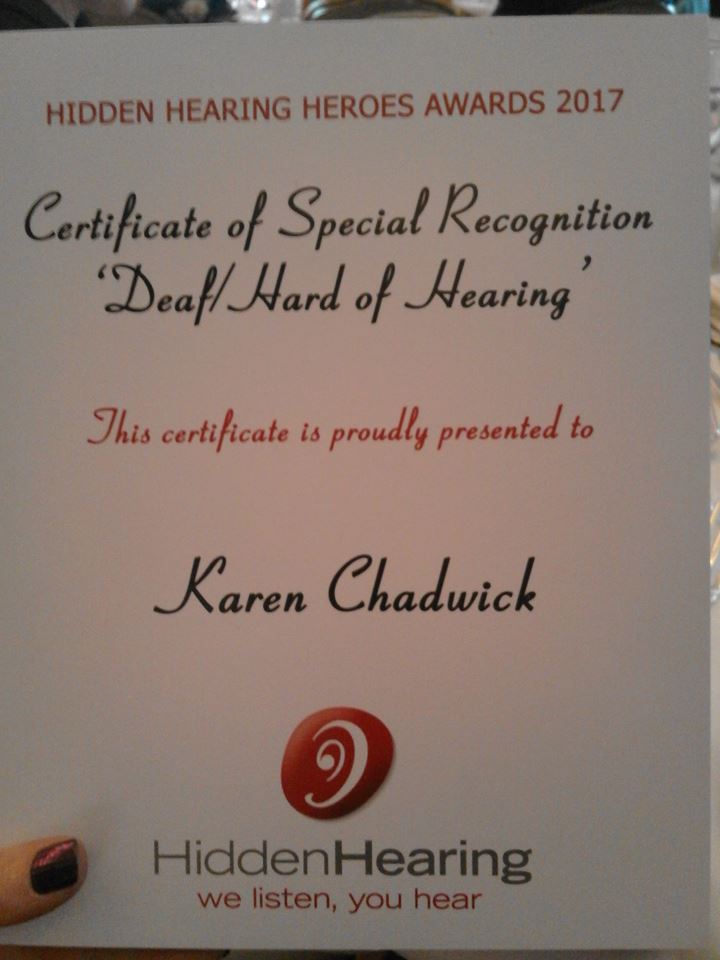 The group met in Karen’s house and now four different classes take place there every week.

“We started off five months ago there was five of us, now there is 50 so we run four different classes of different levels,” she explained.

Karen won a special recognition award in the Deaf/Hard of Hearing category at the awards ceremony which was held in the Intercontinental hotel in Dublin on Monday, September 11 accompanied by her daughter Aimee and her parents.

The Portlaoise mother was nominated by a young girl who takes the sign language class.

“A lady called Genevieve Finan Fagan nominated me. Her daughter Carly is in one of my ISL classes. They are an amazing family and Carly is the very reason why I have this award.

“Vera Twomey also won an award on the day and so many other people who were so deserving.

“There were people there who literally saved lives, who spent years advocating for others, who raised hundreds of thousands of euro for charities and others who are founders of charities.

“I felt like a bit of a fraud surrounded by so many incredible people. Mary Kennedy hosted the ceremony and I was presented my award by Alan Hughes,” Karen said. 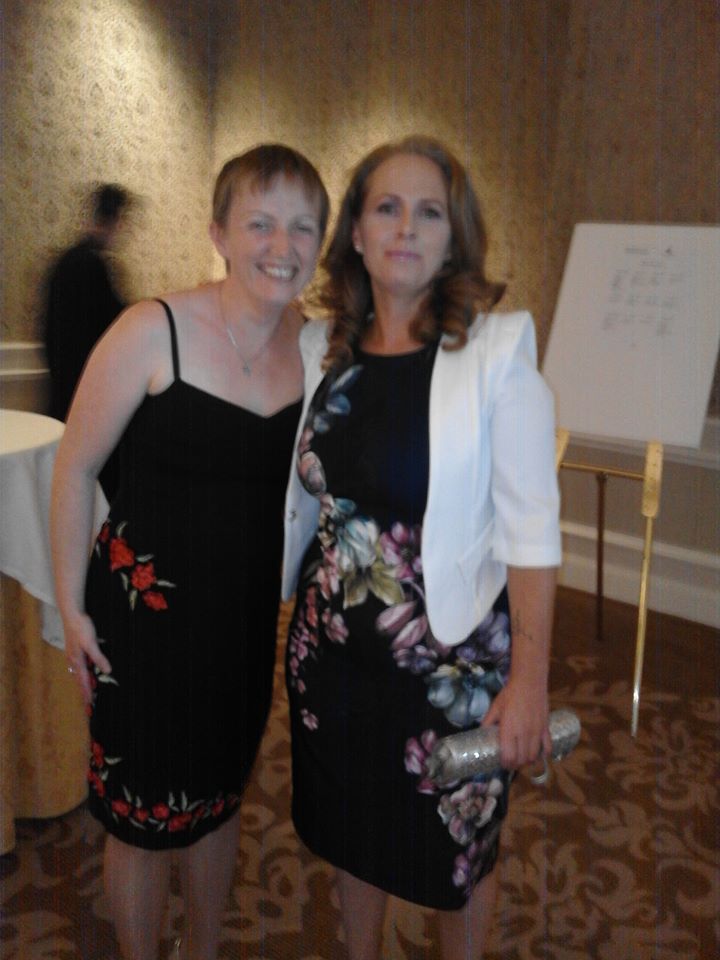 The Irish Sign Language classes Karen runs are completely booked up for this term and many of the people taking the class have no hearing difficulty.

“Most of them don't even have anybody deaf in their family they just feel that as hearing people it should be taught in schools and people should know it and learn themselves. There are other people who have something similar to myself potentially losing hearing over the years,” she said.

Karen also suffers from a number of health conditions such as fibromyalgia,  arthritis, stomach and bowel issues, headaches and migraines.

Karen’s 15-year-old daughter Aimee suffers with a chronic illness called Ehlers Danlos Syndrome. EDS is a rare genetic disorder caused when the gene that makes collagen in the body is ‘faulty’ which affects every part of the body. Muscles in Aimee’s body work overtime to keep her joints together causing constant exhaustion and pain. Karen thinks that she may also have this disorder but it is very difficult to diagnose as there is no one doctor in Ireland who specialises in EDS.

Despite this, both Karen and Aimee are extremely positive and happy people and Karen continues to do amazing work for the Laois community. 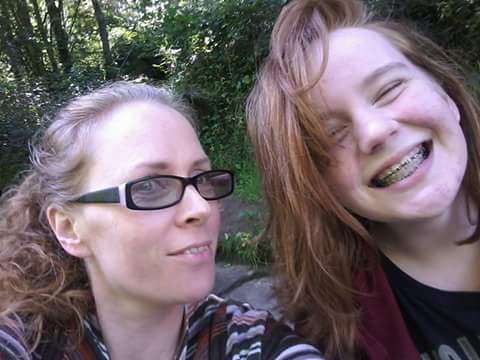 Karen and her daughter Aimee.