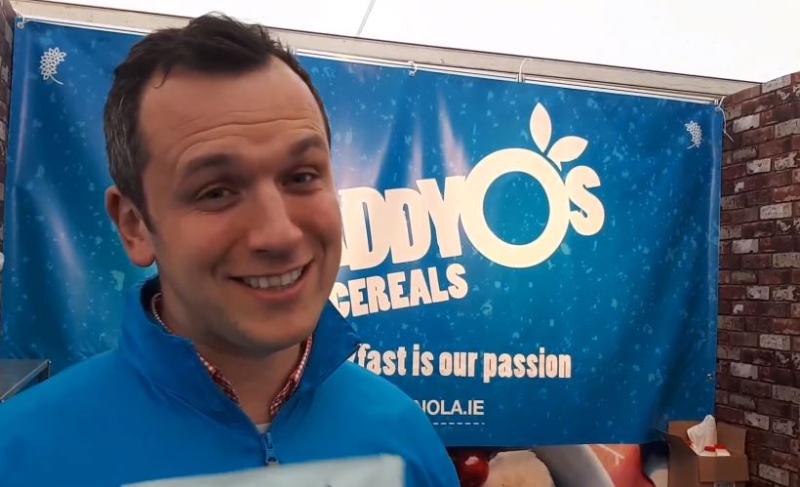 A Laois man will set off on a journey to Scotland this week in the hope of taking home the World Porridge Making 'Golden Spurtle' top prize.

Paddy O'Connell will bring oats grown in Laois to the competition in an attempt to be crowned World Porridge Making Champion.

The worldwide competition is in its 24th year and will take place in the Scottish Highlands village of Carrbridge.

"I am competing in the World Porridge Making Championships on October 7, in Scotland in Carrbridge which is just South of Inverness and there is a squad of 12 of us going over and it is the first time I will represent Ireland in anything, I thought it would be rugby or something like that but it is porridge making!

"The 12 guys are coming over with me as support so it is like a team, it is a team effort. There are people competing from America, Austrailia so it is quite a big thing in the porridge world.

"The winner gets £500 and the 'Golden Spurtle' and it is just the honour of it really.

"We have to make it with only water, pinhead oatmeal and salt. I am bringing oats over that are Laois oats, they will be representing Ireland.

"We are using all of the oats that we get from Portlaoise and that are grown by farmers all around Laois.

"It is great and it shows what good quality products we are producing," Paddy said.

Rory O'Connell who co-founded Ballymaloe Cookery School with his sister Darina Allen in 1983 is Paddy's uncle and sent him a video message of support.

Rory, who has been Head Chef of Ballmaloe House for ten years, has helped Paddy to develop the perfect porridge recipe that he will bring to the championship this weekend.

Paddy took some lessons from his uncle Rory this week ahead of the competition.

When he is not busy representing Ireland in porridge making, Paddy runs a business developing cereal products in Laois.

Best of luck to Paddy and co in Scotland at the weekend!