Old Portlaoise convent is being considered for council housing tenants 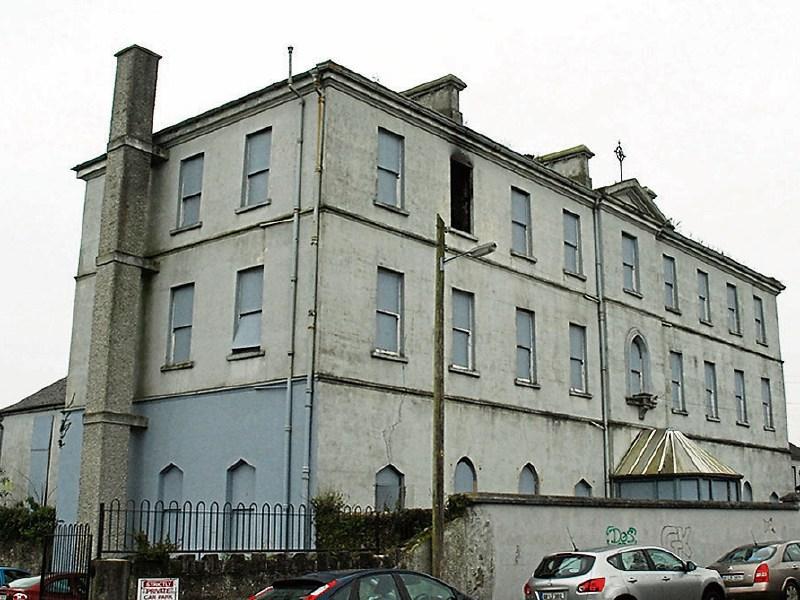 The former Presentation Convent in Portlaoise

The old Presentation Convent and grounds in Portlaoise are being considered for social housing.

Laois County Council is in discussion with two housing bodies about developing housing on the site off Portlaoise Main Street.

The local authority has reported this in its October Housing Report, to be presented at the monthly council meeting this morning Monday October 23.

"Discussions are ongoing with two Approved Housing Bodies regarding the development of housing in the convent grounds in Portlaoise," the report said.

The convent is part of 8 acres of Portlaoise town centre land for sale at €2.5m, jointly by the parish and the Presentation Sisters, since February 2016.

A previous plan by the sisters to convert the convent for social housing fell apart after objections. The protected structure was boarded up and was partially damaged in 2015 when it was set on fire.

The number of people on the Laois council housing list has risen again this month, now at 1,606 waiting for a home.

The council is in the legal process of concluding the purchase of the derelict Old County Hotel on Main Street, also to be used for social housing.

It is one of several Portlaoise sites the council is attempting to buy.

"Bids have been placed on a number of sites in the town that can accommodate more than one unit," the report states.

It has also bought the Kingdom Hall and squash court beside Hepburn Court on the Ballyfin Road, where it owns nine of the 12 houses, blocked up after being destroyed by vandals.

"The council is preparing a Compulsory Purchase Order to acquire the remaining properties in Hepburn Court. A schematic drawing for the development is being finalised," the report said.

So far this year, 201 people or families presented as homeless to the council offices. There have been 119 homes given to council tenants so far this year, with another 9 to be allocated within the next 8 weeks.